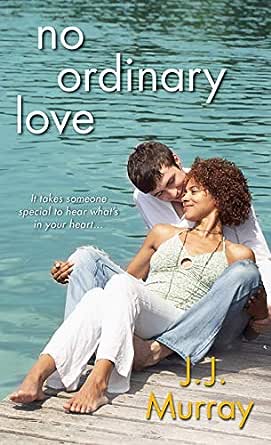 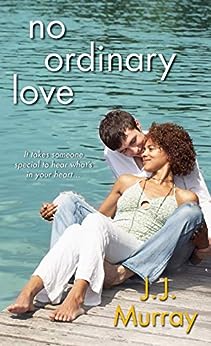 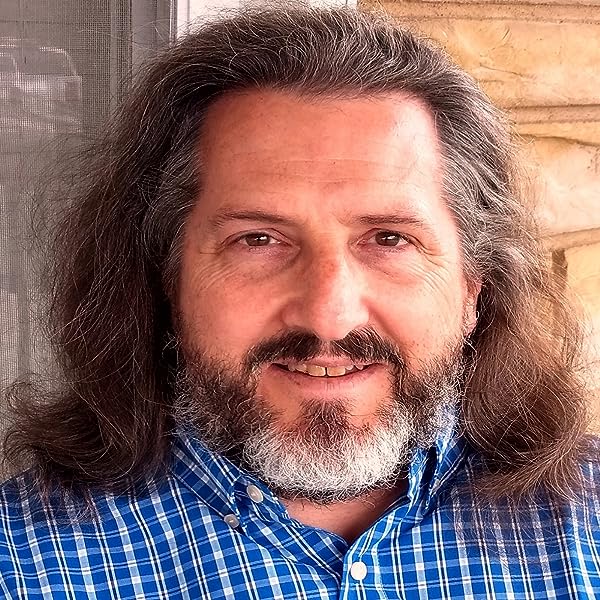 "Unexpected ... a fairy-tale love story to be savored." --Romantic Times

J. J. Murray is the author of fifteen multicultural romantic comedies. He lives, dreams, and writes in Roanoke, Virginia, with his stunning wife, two brilliant sons, and Lovie the Wonder Mutt. Readers can connect with him at JohnJeffreyMurray.com. --This text refers to an alternate kindle_edition edition.

Brooksie's Spin
4.0 out of 5 stars Brooksie's Spin - No Ordinary Love, indeed!
Reviewed in the United States on February 8, 2016
Verified Purchase
J J Murray has a way of writing a story that opens your heart to the characters and makes you like them. And this is no different. But the characters are very different from your usual love story.....boy meets girl! It seems to move slowly but you discover that the way he builds the character is actually a wonderful introduction to many facets that make up the man the Tony is. He has Asperger's.....but he is a brilliant musician. And he somehow gets it in his head that Trina is the woman of his dreams. All Trina ever had was dreams (daydreams) until Tony came into her life. Her first husband was quite the disappointment.

Tony is willing to travel 3000 miles to make his dream come true. And he does. You can take the journey with him, watch him step into a life worth living, learn and experience joy he never imagined possible and meet all of the people along the way that lend him a helping hand on his journey to find Trina. Oh and you'll laugh out loud at the things he says because he's autistic......it's okay, you're laughing with him, not at him. I enjoyed every page and every discovery.
Read more
8 people found this helpful
Helpful
Comment Report abuse

Athena
5.0 out of 5 stars Excellent!
Reviewed in the United States on February 9, 2016
Verified Purchase
I have to admit that hands down, this is one of the best book I've read in a while! It made me laugh out loud and it made me cry but most of all it made just smile. It was an outstanding piece of work by Murray on a very (sometimes) overlooked condition. He reminds us of the "humanness" of people in finding love and making a connection. After all that is what we as human beings are suppose to do - make connections with each other.

That been said, this is story of Tony Santiago(wm) who is a musical genius with Asperger's Syndrome and Trina Woods (bf) who is an overworked, underpaid nurse with a heart of gold. They met and formed a relationship which in and of itself was rather unique. The supporting characters were also quality people and made the book not just good but great! It was really an awesome read - especially seeing the world through Tony's eyes.

This book is one to keep and I rarely, if ever, keep a book! Well done J.J. Murray!

A Personal Matter: Sam
5.0 out of 5 stars Loved Loved this Book
Reviewed in the United States on July 29, 2016
Verified Purchase
J.J Murray has done it again. I am almost done with this book but i had to write my review NOW! In the beginning I was a little confused until they mentioned the main character, Tony, has Asperger's Syndrome. I didn't know anything about it, but the Author has opened up this world for us to see the humanity, the simpleness of truth, and the hope one can have when dealing with a disability. I laughed, I cried, I shouted for joy, and I disappeared into the world of Tony and Trina and found how all individuals have the right to be happy. I hope J.J Murray writes a continuation of their story and allow us to see them in different scenerios. I loved the music, his piano playing, but mostly the way he indeed lived up to his name, "The Soaker." Trina's patience and just happy to have someone who cares for her in an honest way was also beautiful. Thank you again Murray for a book that entertains and informs and just makes one feel good.
Read more
One person found this helpful
Helpful
Comment Report abuse

Mary Young
5.0 out of 5 stars I loved this book and hated that it ended
Reviewed in the United States on February 16, 2016
Verified Purchase
I loved this book and hated that it ended. What a beautiful, poignant, love story. I was on such a high that I stayed up way too late to finish it and then couldn't sleep. The next day I recommended it to a friend. I think that this is the best book that the author has ever written, and the best love story that I've ever read. I laughed, I cried. Beautiful, beautiful, beautiful!
Read more
5 people found this helpful
Helpful
Comment Report abuse

Kindle Customer
5.0 out of 5 stars Music is Love
Reviewed in the United States on October 15, 2016
Verified Purchase
Tony and Trina live in 2 different worlds in so many ways. They should never have crossed paths, but life is not always as we think it should be. The world of music and the world of medicine collide. The East Coast against the West Coast. One looking for a first chance and the other a second chance. Tony at 40 is learning to live beyond his sheltered world. Trina is trying to live a new life after supporting her husband and being dumped by him. It was a fun trip through the streets of San Francisco as I revisit the music of my era. Mr. Murray gives us a touching, while comedic romance that will stay with you long after you read the last page.
Read more
One person found this helpful
Helpful
Comment Report abuse

Kindle Customer
5.0 out of 5 stars Extraordinary!
Reviewed in the United States on April 30, 2016
Verified Purchase
This book is extraordinary! I could not put it down. I have an autistic nephew and it is pleasing to read something that brings awareness to Autism. I laughed, cried and rejoiced. This was, truly, "No Ordinary Love." Thank you, JJ Murray, for showing the world that Autistic people are still people.

I love how overprotective Angelo is of Tony. People are oftentimes cruel to people and things they don't understand. Trina broke through those walls that Angelo erected. Aika believed in Trina's love for Tony and helped Angelo see that. I cried when Angelo finally came to that conclusion.

I cannot forget about Angela and Matthew from Angela's Sweet Treats and Coffee. While Angela and Matthew did not know, initially, that Tony had Aspberger's, they knew he was different and accepted him. They were kind to Tony. They became like family to Tony.

I love how Tony was so set on finding Trina that he left on his own. That had to have been scary for him. Yet, he moved on. He broke out of his normal routine. He found love. He found a woman who loved him. She saw him. Trina was not afraid and did not run away. That is awesome! I just downloaded this book to my kindle and kept reading until I exhausted my battery. This is the work of JJ Murray that I fell in love with after reading "Something New," many years ago. Whenever I publish my stories, I hope people fall in love with them like I have done with so many of your books. Take a bow, Mr. Murray. This is an exceptional work.

BiblioFord
5.0 out of 5 stars Sweet. Adorable yet real. Bust-out-loud funny.
Reviewed in the United States on July 7, 2018
Verified Purchase
This book richly deserves all those five star reviews. The characters grab hold of you and you are happy to take the ride. I'm not going to give a plot summary because I think the reader deserves to discover all the little twists. If you love San Francisco and its musicians, that's a cherry on top. A real keeper.
Read more
One person found this helpful
Helpful
Comment Report abuse
See all reviews

Ladirizz007
5.0 out of 5 stars Simply The Best
Reviewed in the United Kingdom on March 24, 2018
Verified Purchase
JJ, you just keep them books coming, they put a smile on face, give me laugh out loud moments and heart warming feelings.

An incredible and emotional story that captivated me from the start. An honest portrayal of an uplifting love story that unfolds slowly, with an amazing storyline. I admire this authors realistic writing style and how he made me feel a part of the story. Memorable and lovable characters with great dialogue and chemistry. Wonderfully heartfelt.

I have absolutely no hesitation, what so ever in reccomending this novel. A MUST read. Thank you again J J M 😁
Read more
Report abuse

Avvid
5.0 out of 5 stars Simply Wonderful !
Reviewed in Canada on October 19, 2016
Verified Purchase
This story was a beautiful tale of love told through the eyes of a man who sees people as they truly are and responds to them in a way that so many of us wish we were only brave enough to be. Tony and Trina's courtship was a hilarious ride and I literally laughed out loud and with tears in my eyes. Brilliantly written characters!!!
Read more
Report abuse
See all reviews