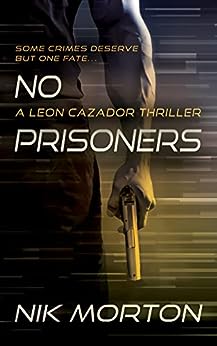 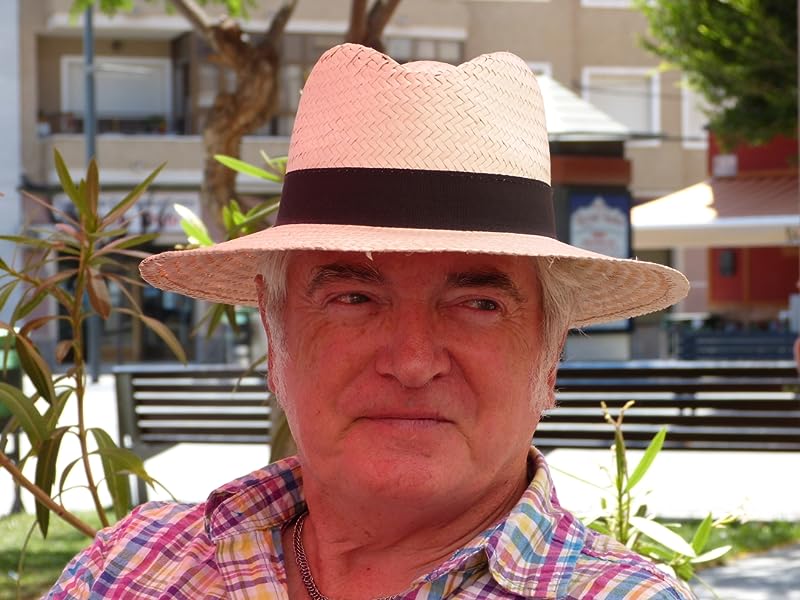 by Nik Morton (Author) Format: Kindle Edition
Book 2 of 3: Leon Cazador
See all formats and editions
Sorry, there was a problem loading this page. Try again.

Some perpetrators of crime deserve only one fate—no prisoners.

When Leon Cazador discovers the body of a fellow investigator who was working with the British National Crime Agency to infiltrate a pedophile group that uses the pursuit of golf as a cover for their organized abuses, he refuses to chalk it up to coincidence.

Seeking justice for his fallen friend, Leon is presented with another missing person’s case. But this one is decidedly different. Diving deeper, Leon finds himself one step closer to uncovering the deadly pedophile ring that took down his comrade.

Finding missing persons is all in a day’s work for Leon. But can he fight his ultimate nightmare in a race against time to save a group of innocent children and exact revenge on their abusers?

Next 2 for you in this series See full series
Total Price: $5.98
Books In This Series (3 Books)
Complete Series
Leon Cazador
Kindle Edition
Page 1 of 1Start OverPage 1 of 1
Previous page
Next page

Nik Morton has sold over 100 short stories, edited periodicals and contributed to magazine articles, chaired writers' circles, run writing workshops, and judged competitions. He has edited many books and was sub-editor of the monthly magazine Portsmouth Post (2003-2007) and Editor in Chief of a U.S. Publisher (2011-2013). He has had 32 books published-including 3 books in the psychic spy Tana Standish series and 8 westerns-and co-written 4 books in the Floreskand fantasy series. His Write a Western in 30 Days - with plenty of bullet points! is a best-seller. With his wife Jennifer, Nik lived in Spain for several years (2003-2019). They have since returned to England, residing in Northumberland-near their daughter Hannah, son-in-law Harry and grandchildren Darius and Suri. --This text refers to the paperback edition.

Nik Morton is the author of over 30 books, among them the crime thriller The Bread of Tears (reprint of Pain Wears No Mask), a romantic thriller set in Tenerife, An Evil Trade (reprint of Blood of the Dragon Trees), a modern-day vampire and black magic thriller set in Malta, Chill of the Shadow. Also the Tana Standish psychic spy series, Mission: Prague, Mission:Tehran and Mission: Khyber (Manatee Books), plus the westerns Bullets for a Ballot and Coffin for Cash and a sci-fi book Continuity Girl (all from BTAP). He's the editor of A Fistful of Legends, 21 stories of the Old West. His writing guide Write a Western in 30 Days is useful to writers in all genre fiction. Writing as Ross Morton, Nik has 6 western novels published in the BHW imprint: Death at Bethesda Falls, Last Chance Saloon, The $300 Man, Blind Justice at Wedlock, Old Guns and The Magnificent Mendozas.

He has co-written (with Gordon Faulkner; joint pen-name Morton Faulkner) a fantasy series Floreskand: Wings, Floreskand: King, Floreskand: Madurava and the fourth, Floreskand: Prophecy, which was published in November 2021 (all Manatee Books).

He sold his first story in 1971 and has had over 100 short stories published - some winning awards - in various genres, among them action, adventure, romance, ghost, horror, sci-fi, western and crime. They are collected in 6 volumes (comprising 121 stories): Gifts from a Dead Race, Nourish a Blind Life, Visitors, Codename Gaby, I Celebrate Myself and Leon Cazador, P.I.

For over forty years, he has edited periodicals and contributed hundreds of articles, book and film reviews. He has chaired several writers' circles and run writing and screenplay workshops. Since 1995, he has edited books and, for the period 2003-2007, he was sub-editor of the monthly colour magazine, Portsmouth Post, and for 2011-2013 he was Editor in Chief of a US publisher but stepped down to pursue his many writing projects.

He lived in Spain with his wife Jennifer for fifteen years but they have now moved back to UK, residing in Northumberland. Their daughter, son-in-law, grandson and granddaughter live nearby.

Patrick Dorn
4.0 out of 5 stars P.I. with Special Forces skills and resources in Spain
Reviewed in the United States 🇺🇸 on August 23, 2022
A former undercover cop with special forces skills is enjoying mid-life as a private investigator in Spain. The death of a colleague and the abduction of an underage girl seem like unrelated cases, until he starts digging. I really liked the action sequences, the attention to all the supporting characters, the detailed exotic locations, and the accurate weapons. Leon and his secretary have a welcome Mike Hammer/Velma vibe. The book rating lost one star because Leon's character and the villain are inconsistent. Leon starts off as a mundane P.I. in paradise, then transforms into a special forces operator, and then becomes an international assassin. The two extremes didn't match with his primary mode. Also, the smart, resourceful villain turned into a raving lunatic faster than you can say "Adolph in his Bunker." Still, author Nik Morton capably describes the harrowing and palpable evil of paedo rings for the rich, so wicked that even nature itself seeks to cleanse them from the Earth.
Read more
Helpful
Report abuse
See all reviews
Report an issue
Does this item contain inappropriate content?
Report
Do you believe that this item violates a copyright?
Report
Does this item contain quality or formatting issues?
Report