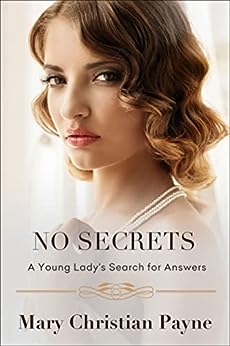 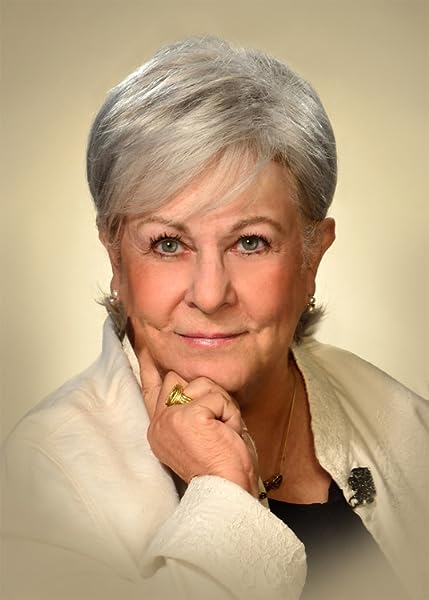 No Secrets: A Young Lady's Search for Answers (The Thornton Trilogy) Kindle Edition

by Mary Christian Payne (Author) Format: Kindle Edition
Book 3 of 3: The Thornton Trilogy
See all formats and editions
Sorry, there was a problem loading this page. Try again.
In this novel, twenty-two years after a horrific act befell her mother, a young woman embarks on a journey of justice and self-discovery.

Elise Thornton has tried for twenty-two years to keep the truth from her daughter Chloe about how she was conceived when her mother was raped by three Nazi soldiers on the day of the Battle of Dunkirk in 1940. But finally, the truth comes out, and there are no more secrets to hide . . .

Chloe is shocked at the revelation and vows to find the men who perpetrated the vile act. Teaming up with her dear friend’s grandson, Sterling Sheppard, they make plans to hunt down the wretched men and bring them to justice.

During the course of their journey, Chloe learns the true meaning of words like “father” and “brother” and comes to understand that the world is not always black and white. For the first time in her life, Chloe opens her mind to the possibility of love and realizes that people grow and change as they mature.

She left the corporate world, and became Director of Career Development at the Women' Resource Center at the University of Tulsa where she designed a program that enabled hundreds of adult women to return to college and better their lives. She received the Mayor's Pinnacle Award in 1993 for this achievement. Mary left that position when the Center closed, and then opened her own Career Counseling Center. She retired from corporate work in 2008 to pursue her dreams of becoming an author.

Mary Christian Payne became a best selling author at the age of 71 with the help of her publisher, Tom Corson-Knowles. All of her life, she had wanted to write, and had received accolades for her unpublished work. She was encouraged in college, and writing was a significant part of the various jobs she held.

In 2013, she read Tom Corson-Knowles book about publishing on Kindle. She wrote to him and he telephoned her. The rest is history. Since that time, she has published twelve books, with several more scheduled to be released soon.

Mary lost her husband in 2015 to cancer after 33 years of marriage. The grief process brought a lull to her writing, but she found that putting words on paper helped immensely. She is now in the process of writing her fourth novel since his death. She lives in Tulsa, Oklahoma, with her beloved Maltese dog and a newly adopted stray kitten.

JMB
5.0 out of 5 stars I have no regrets.
Reviewed in the United States 🇺🇸 on January 24, 2016
Verified Purchase
I really enjoyed reading this book. What I like about this author is that the characters are never what you expect them to be and there always are a lot if surprises. I have also read the next two books of this trilogy and they were all very good. I would highly recommend this book. N
Read more
Helpful
Report abuse

Erin
3.0 out of 5 stars Entertaining fluff
Reviewed in the United States 🇺🇸 on October 19, 2018
I've been reading Ms. Payne's novels for a while now. I like that that they are fairly short and easy to digest--if not great literature.

I agree with what many have commented about as far as Ms. Payne really needing to work with an editor. Her story ideas are actually pretty good--an editor would help to make them great.

My additional pet peeve in all of Ms. Payne's stories though--is that she really needs to do some research about how the English Aristocracy works as far as titles--the rank and file does not work the same way as say--military rank. The son or daughter of a Duke is NOT automatically a Marquess/Marchioness. The son or daughter of an Earl is NOT automatically a Viscount or Viscountess. Frequently the first born of the title holder will be styled as one of the title holder's secondary titles (if any)--but this is not guaranteed. I'll give you a current, modern example: Queen Elizabeth II's third son, Prince Edward, Earl of Wessex. Upon his marriage, he was also given the secondary title "Viscount Severn"--which he has since given to HIS son, Lord James (despite the fact that his daughter, Lady Louise, is his elder child). On the other hand, Prince William, Duke of Cambridge, has not passed on any of his secondary titles to either of his sons.

Sandy
5.0 out of 5 stars A great trilogy.
Reviewed in Australia 🇦🇺 on September 6, 2017
Verified Purchase
I have enjoyed this trilogy very much, and read all three in a few days.
This book focuses on Chloe, Elise's daughter, who goes on a journey of discovery.
Read more
Report abuse
See all reviews
Report an issue
Does this item contain inappropriate content?
Report
Do you believe that this item violates a copyright?
Report
Does this item contain quality or formatting issues?
Report