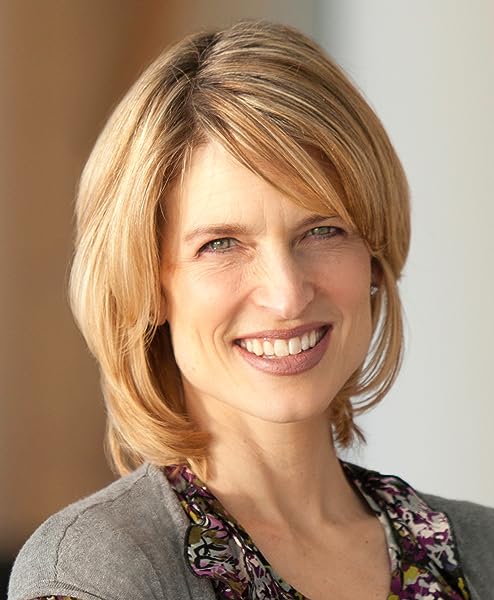 No Sweat: How the Simple Science of Motivation Can Bring You a Lifetime of Fitness Paperback – June 10, 2015

“…not merely a weight-loss guide but rather a motivational manual to self-care and sustainable change… for persons wishing to set goals, change behavior, and/or improve their lifestyle.” --Library Journal

“…compelling… must read book… Segar is at once compassionate and firm, intelligent and approachable.” --Foreword Reviews

"..reveals how to make one of those key habits, exercise, a part of your life—for good...five simple tips that make perfect sense." --Health.com

“Segar, in both an educational and entertaining way, introduces a program in which our perception of exercise is changed to create a sustainable relationship with fitness.” --Des Moines Register

"…empowering book…full of takeaways for those who think exercise is a bad word and find it difficult to find the motivation to stick to any fitness program." --VidyaSury

“This book should be required reading for all medical students, nursing students, physician assistants, physical therapist, and occupational therapist (pretty much everyone in health care).” --ChristianQMD

“To achieve lasting fitness Segar describes strategies to get even the most sedentary people off their tuchas, starting with ways to overcome past failures and negative feelings about exercise…” --ShareTheGlam

“Segar brilliantly organizes her unique and straightforward coaching techniques to overcome those mind games that sandbag our attempts to get fit.” --Retailing Insight

“…describes strategies to get even the most sedentary people off their duffs, starting with ways to overcome past failures and negative feelings about exercise…” --The New York Times

“…looking for a gift to yourself, your loved ones and people you service, then No Sweat can offer a lifelong benefit…an easy read with a huge impact.” --Florida Psychologist

Selected as the #1 book in diet/exercise for 2015 by USA Best Book Awards.

We start out with the best intentions. We're going to exercise more and get in shape! Then five days a week at the gym turns into two... then becomes none. We hit the snooze button and skip the morning run.

We really do want to be healthy and fit, but we're over whelmed and overextended—and exercise feels like another chore to complete. Is it any wonder we don't stick with it?

Behavior expert Michelle Segar has devoted her career to the science of motivation. In No Sweat, she reveals that while "better health" or "weight loss" sound like strong incentives, human beings are hardwired to choose immediate gratification over delayed benefits. In other words, we're not going to exercise unless it makes us happy right now.

So what's the solution? To achieve lasting fitness, we have to change our minds—before we can change our bodies. In No Sweat, Segar shows us how. Translating twenty years of research on exercise and motivation into a simple four-point program, she helps readers broaden their definition of exercise, find pleasure in physical activity, and discover realistic ways to fit it into their lives. Activities we enjoy, we repeat—making this evidence-based system more sustainable in the long run than a regimen of intense workouts. Even if we don't sweat, we really benefit.

The success of the clients Segar has coached testifies to the power of her program. Their stories punctuate the book, entertaining and emboldening readers to break the cycle of exercise failure once and for all. Getting in shape has never been so easy—or so much fun.

Instructors can find the No Sweat Teaching and Discussion Guide on Michelle Segar’s Website: www.michellesegar.com/get-resources

Do you secretly hate exercising? Struggle to stick with a program? Millions of people try and fail to stay fit. But what if “exercising” is the real problem, not you?

No Sweat translates years of research on exercise and motivation into a simple four-point program that will empower you to break the cycle of exercise failure once and for all. You’ll discover why you should forget about willpower and stop gritting your teeth through workouts you hate. Instead, you’ll become motivated from the inside out and start to crave physical activity. You’ll be hooked!

Practical, proven, and loaded with inspiring stories, No Sweat makes getting fit easier—and more fun—than you ever imagined. Get ready to embrace an active lifestyle that you’ll love.

Michelle Segar, Ph.D., is a motivation and behavioral sustainability scientist and directs the Sport, Health, and Activity Research and Policy Center at the University of Michigan. She is a sought-after expert and frequently featured in major media like The New York Times, Forbes, and Prevention. She holds a Ph.D. in psychology and master’s degrees in health behavior and kinesiology. She lives in Ann Arbor, Michigan.

MICHELLE L. SEGAR is a behavioral sustainability scientist and Director of the Sport, Health, & Activity Research and Policy (SHARP) Center at the University of Michigan. She holds a Ph.D. in Psychology and Master's degrees in Health Behavior and Kinesiology. A sought-after advisor, her expertise has been featured in The New York Times, Forbes, Elle, Prevention, and other major media.

It's Not About the Sweat

When Marcia called me, she was at her wit's end. Now in her mid-fifties, she'd been carrying around excess weight for thirty years, ever since she'd given birth to her first child. "I've tried everything," she told me, "eating special foods, fasting, diet plans from my doctor, jogging, the treadmill at the gym . . . Nothing works. I can't seem to lose weight for more than a few months at a time, and then it comes back again. I'm calling you because I know your specialty is motivation. And I need to be motivated!"

"Actually," I said, "you sound incredibly motivated. Maybe too motivated." I knew this would get her attention.

"How can you say I'm motivated when I'm five dress sizes bigger than I should be?" she asked. I could hear the annoyance in her voice, but I also heard the anxious pressure of should driving her frustration. She should eat less, be thinner, work out more, take care of her health . . . Like so many of us, Marcia had come to think of food and physical movement not as the life essentials they are but as "diet" and "exercise"--a type of medicine prescribed in doses of portion sizes and reps we have to "take" or "do" to lose weight and prevent disease. But when eating and moving become something we should do or have to do rather than something we want to do, this undermines motivation and participation big time. After all, who looks forward to "taking her medicine"?

"Marcia," I said, "I'm going to ask you to do something, and I think it will be incredibly hard for you. But I want you to at least consider it." I didn't have to wait for her response.

"I'll do anything!" she replied, sounding ready to jump off a cliff if that's what I suggested. "Just give me a plan, a program--anything. I swear I'll follow it to a T."

"Good," I said. "I know you don't have any pressing health problems, so here's what I want you to do: I want you to stop dieting and get off that treadmill."

"How about just living your life?" I responded. "How about deciding that it's okay to forget about dieting? Instead of watching calories and driving yourself to sweat, you'll begin enjoying your life by being as physically engaged in it as possible. How does that sound?"

"That sounds great, I guess," Marcia admitted. "But I'm not really sure what you mean by being physically engaged. And don't I have to sweat to get the benefit? Or else why do it? Honestly, I've tried just as many exercise plans as diets, and I couldn't stick with any of them. I fail with exercise too."

"That's not a problem. I'm not going to ask you to exercise either."

"What?!" Marcia sputtered. I think she thought I was crazy. I knew that this statement must have sounded downright insane coming from a motivation coach who specializes in getting people to become physically active.

"The idea of exercise has become too much of a synonym for punishment," I continued. "You hear the word exercise and immediately think that if you're not drenched in sweat and gutting it out on some kind of complicated gym equipment for at least an hour a day every day, you're failing at it."

This hit home with Marcia. "Yes! Exactly! I can't stand going to the gym. First, it's boring. I hate those machines and dragging myself through classes with perky instructors. Plus I'm surrounded by skinny young women who run on those treadmills as though they're outracing the bulls at Pamplona. It's so depressing!"

"So why not move your body in ways that feel good to you instead?"

The complete silence on the other end of the phone told me that Marcia had never stopped to consider this idea before. Maybe you haven't either, so let's talk about it right now.

I'm guessing that you picked up this book because, for the first or fiftieth time, you've gotten up your resolve to start exercising, watch what you eat, get in better shape, and improve your overall health. I really hope you weren't looking for another standard diet or exercise plan. Because just as I explained to Marcia, I'm asking you to begin by doing just the opposite: Take a break. Give yourself some breathing room to consider where your usual approach to fitness and health has taken you.

Page 1 of 1 Start overPage 1 of 1
This shopping feature will continue to load items when the Enter key is pressed. In order to navigate out of this carousel please use your heading shortcut key to navigate to the next or previous heading.
Back
Next
Pages with related products. See and discover other items: home exercise programs, care plans, change management, pedagogy of the oppressed paulo freire, science books resources