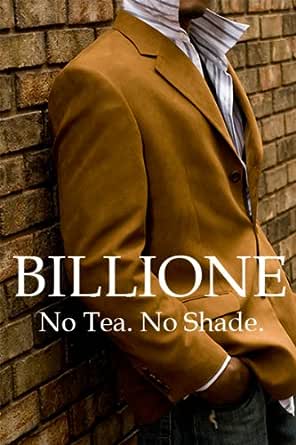 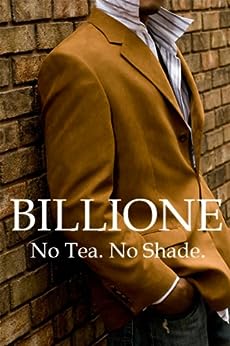 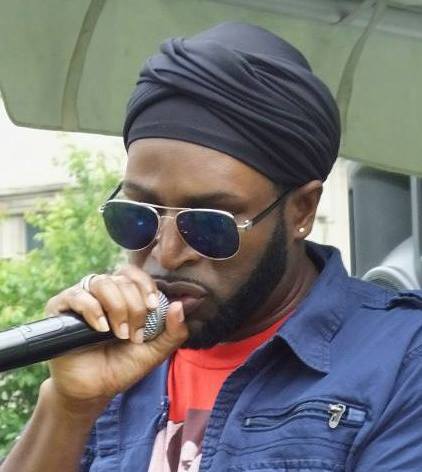 No Tea. No Shade. Kindle Edition

4.3 out of 5 stars
4.3 out of 5
22 customer ratings
How does Amazon calculate star ratings?
Amazon calculates a product’s star ratings based on a machine learned model instead of a raw data average. The model takes into account factors including the age of a rating, whether the ratings are from verified purchasers, and factors that establish reviewer trustworthiness.
Top reviews

Zarah
2.0 out of 5 stars 1.5, round up as I feel generous
Reviewed in the United States on September 28, 2016
Verified Purchase
OK, I’m going to start with my hesitation to read this book, that being a debut author billing himself as well known enough to go by a single name and that name being more prominent than the title of the book. This being the origins of the term Big Name Author. Further, that name taking place of precedence in the book’s blurb, with its pronunciation coming before any other information about the book. It takes a lot of confidence put yourself out in the world this way, but experience makes me wary of such authors, as they often have more ego than skill.

I found that to be sadly true in this case. Now, let me be fair, the book is sweet. It has a nice theme about being true and open with yourself and the author obviously knows his character well. However, the writing is amateurish. Names and titles are used far too often in dialogue to feel natural. There are too few contractions, inconsistencies in POV and contradictions in the plot. The timeline of the flashbacks is uncertain. There is far too much tell and no where near enough show. The plot lurches along in a clunky manner, everything resolves itself far too easily (most off page even) and there is a frankly ridiculous epilogic lead-in to a sequel. It is not a smooth or satisfying read.

The author does show promise though. Perhaps when he has as much experience in writing prose as he does poetry he’ll be one to watch.
Read more
2 people found this helpful
Helpful
Comment Report abuse

Nowye Jackson
4.0 out of 5 stars Great Book for the Price
Reviewed in the United States on December 31, 2014
Verified Purchase
I really am not into fiction that much but I was in the mood to read some gay black literature and I am a starving student so the 1.99 price point was just right for me! LOL.

What I liked: I really liked this book because it realistically spoke about the life of a gay black man trying to deal with his personal demonds and found love.

What I really liked: The poetry it was easy to understand yet had deep meaning. Also the ending it will leave you guessing. This writer has a lot of potential to be the next James Earl Hardy

What could've been better: I found this work to be a bit shallow and fanciful. Maybe this is what fiction readers are looking for. I ,however, I perfer to read more realistic scenarios of love and not just the random chance encounter with a perfectly sculpted body masculine man fairy tale that we are constantly fed by the media.

Conclusion: If you are looking for an unexpensive read that puts black men in a positive light for a change then I recommend this book.
Read more
One person found this helpful
Helpful
Comment Report abuse

Richard Novak
5.0 out of 5 stars A journey of self-discovery in the search for love
Reviewed in the United States on July 27, 2013
Verified Purchase
Billione takes the reader on an engaging journey of one man's struggles to embrace his sexuality as he finally confronts some toxic family secrets that hindered his ability to experience genuine intimacy and love in his casual and committed relationships along the way. One is able to empathize with the young man's angst in attempting to balance his life as a prominent media professional along with maintaining his closeted sexuality. Billione creates a kind of intrigue between the characters and their involvements with each other that successfully engages the reader's attention as the main and sub-stories unfold. It reminded me of the suspenseful twists and turns of an Alfred Hitchcock mystery - including the surprise ending.

A captivating read - an invitation to look at one's own journey in seeking how to love with integrity. I finished it in one day. I'm looking forward to Billione's sequel!
Read more
One person found this helpful
Helpful
Comment Report abuse

Dom LaRay
5.0 out of 5 stars I LOVED every word of it!!!
Reviewed in the United States on November 6, 2013
Verified Purchase
I haven't read a book in one day since The Coldest Winter Ever by Sister Souljah. I was captured from the first line and couldn't stop reading. The imagery was raw without being raunchy as you stood inside the bedroom of men who love other men. I was moved by Billione's ability to sweep me off my feet with a love story that was suspenseful intriguing, informative and freeing. I was on an emotional roller coaster that ended with me wanting another ride.
Read more
One person found this helpful
Helpful
Comment Report abuse

KINDLES AND BOOKS
5.0 out of 5 stars No Tea
Reviewed in the United States on July 22, 2014
Verified Purchase
My first ever hearing about Billione and I was truly impressed.I will say ELynn Harris would be proud of the skills and STORY from this Author.This book makes you laugh at Franklin and How lexi and Chauncey they all became friends,but it also makes you SAD about Chauncey struggled as a professional black man who is gay.This story was intriguing and I will definitely recommend it to my book club and friends...hope there will be a part two I need answers.
Nicki Williams
South Side Divas
Read more
Helpful
Comment Report abuse

A. L. PUTMAN
5.0 out of 5 stars Wonderful read and full of surprises
Reviewed in the United States on September 17, 2014
Verified Purchase
I must say I really enjoyed reading book. It takes you on a sexual understanding and awakening of Chauncey's life even though he already knew he was gay. Knowing and living are two different things and this book takes those and puts them in their proper prospective. I am strill thinking about the ending of the book and wondering when a sequel will follow. Definitely a recommended read.
Read more
One person found this helpful
Helpful
Comment Report abuse

Lisa A. Lipscomb-jones
5.0 out of 5 stars A real page turner!
Reviewed in the United States on February 3, 2014
Verified Purchase
I didn't know what to expect as I started reading this action packed novel. Until now, I've only known Billione's work as a poet. This book captured my attention from beginning to end! It is full of twists & turns and a plot that has me hoping for a sequel!

It is also a reminder that 'life' is within reach when we embrace the depths and beauty of who we are.
Read more
One person found this helpful
Helpful
Comment Report abuse

Amazon Customer
5.0 out of 5 stars Worth every penny
Reviewed in the United States on March 22, 2016
Verified Purchase
Unlike most other gay books this hit home on so many different levels not only could I relate but felt as though my life had been summed up in one , at least from the down low protective and wanting to give off the persona that my life was great when actuality if was miserable but I've seen the light 😂😂😂😁😁😁😁 amazing book 👍🏾👍🏾👍🏾👍🏾
Read more
One person found this helpful
Helpful
Comment Report abuse
See all reviews from the United States