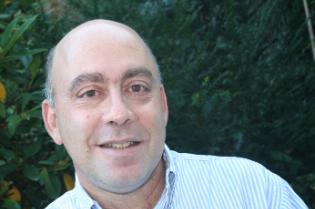 Echikson should be toasted for writing a book that can be savored like a fine Bordeaux wine. -- Joan Axelrod-Contrada, Boston Globe

Highly informative....Echikson has a journalist's eye for the entertaining anecdote and the telling detail. -- The Economist

William Echikson, author of Burgundy Stars, lives in Brussels, where he is bureau chief for Dow Jones Newswires and a wine columnist for Wall Street Journal Europe.

Kindle Customer
4.0 out of 5 stars Inside Dope for Wine Buffs
Reviewed in the United States on February 6, 2006
Verified Purchase
William Echikson has written a solid account of recent events in what is France's most important wine region, Bordeaux, but it's not a book for a general audience. Most non-wine lovers just aren't going to care about some of the wine-making minutia he gets into, nor will his profiles of the personalities be very compelling. But for wine lovers, the book offers a very thorough look at Bordeaux's recent triumphs and travails -- and the people who are making that happen.

As virtually all wine lovers know, Bordeaux has been roiled by various controversies in recent years, the emergence of upstart "garagiste" winemakers, the hotly-disputed powers of Robert Parker, the world's most influential wine critic, and the changes in ownership in many of the leading chateaus and estates.

Another controversy has been the recent spike in prices. Echikson does a very good job of explaining how the Bordeaux market works, including the roles played by merchants and brokers in the process. And using the 2001 vintage, he shows how the system worked to help establish prices for what was a decent, but hardly outstanding year.

But the real dish in Echikson's book is his look at some of the larger-than-life personalities in Bordeaux, including Michel Rolland, the oenologist to the stars, Robert Parker, Count Alexandre Lur-Saluces, and some of the leading garagiste winemakers. For people who know and care about fine wine, Echikson's book contains detailed profiles of these major players, and while some of the information in his book is not new, it is surely the best overall source of information about the people who are important in Bordeaux today. Echikson pays particular attention to the long-running battle for control of Chateau Yquem, the world's foremost producer of Sauternes, which underwent a bitter battle for control of the family-owned business, and which ended with global luxury goods maker LVMH owning a majority stake.

Echikson is also very good at describing the squeeze that's on in Bordeaux as its products must increasingly compete with New World wines that are often every bit as good as -- and sometimes better -- than the grand old names. Nobody needs to weep for the grand cru growers; in decent years they make adequate money, and in great years, like 2000, they coin it. But one of the most interesting parts of Echikson's book is his analysis of the bulk wines made in Bordeaux, and how the production of solid, drinkable wines around the world is affecting the ability of the Bordelais to sell lesser product. What Echikson's book shows is that globalization has seriously impacted the wine business. The bulk co-op wine producers face the same hard choice as so many other industries: improve your product or risk the failure of your business.

All in all, an interesting and brisk read for people interested in the wine industry.
Read more
4 people found this helpful
Helpful
Comment Report abuse

JJnGzS
4.0 out of 5 stars A vine read
Reviewed in the United States on August 21, 2006
Verified Purchase
This book is a good 'slice of time' account of the Bordeaux region of France. The author manages to include lots of history and geography, as back story, interwoven with interesting stories of real people and estates. I do have to echo another reviewer's sentiment- it can be very confusing at times. I kept having to go back and re-read to keep the people and their roles straight. This book is a great companion to the documentary MONDOVINO. Many of the people and places featured in the book are in the movie.
Read more
Helpful
Comment Report abuse

Gary M. Greenbaum
5.0 out of 5 stars Fascinating look at the Bordeaux wine industry
Reviewed in the United States on June 23, 2004
Verified Purchase
William Echikson gives us a very accessible look at the Bordeaux wine industry and how it has changed in recent years. The "noble rot" of the title refers to the fungus which aids in winemaking, but it also refers to the collapse of the traditional, often aristocratic men who once dominated the trade.
We are shown the traditional growers, the "garagistes" or new small growers who have revolutionized the trade, the merchants, the brokers, the consultants--and perhaps most important of all, the reviewers, led by the highly influential Robert Parker, whose reviews can make or break a wine.
Among those who are discussed at length are Michel Gracia, stonemaker and garagiste, whose wine at its peak sold for over $100 a bottle, and the family Lur-Saluces, owners and producers of the famous Yquem, whose family infighting and arrogance leads to foreign takeover. They are fascinating stories, spread out through the book inbetween looks at co-ops who produce vast quantities of less stellar wine, and explanations of the hidebound 1855 classification system that, pre-Parker, once dominated Bordeaux.
A worthwhile read from someone who clearly knows his field and loves it. Highly recommended.
Read more
22 people found this helpful
Helpful
Comment Report abuse

David D. Brann
5.0 out of 5 stars Well written history of Bordeaux.
Reviewed in the United States on August 7, 2008
Verified Purchase
This book covered the latest changes in Bordeaux in the wine business with emphasis on the individual achievement and failures. It is well written and researched. The author was very even in the handling of who has done what to improve or impede further growth of the quality of Bordeaux wines. I enjoyed it immensely and have given copies to friends.
Read more
One person found this helpful
Helpful
Comment Report abuse

David Barber
2.0 out of 5 stars skip it
Reviewed in the United States on November 3, 2005
Verified Purchase
In addition to the 'deification' of Robert Parker, noted by another reviewer, the book shows a surprising level of ugly American. Given the author's history, I had expected better. When I reached the bit where the author tsked 'those bad frenchies' who 'forgot we saved their bacon in WWII', I gave up. The subject matter the author follows could have made a good book, but in the end did not.
Read more
9 people found this helpful
Helpful
Comment Report abuse

acv
5.0 out of 5 stars Awesome...would read it again and again and again
Reviewed in the United States on March 24, 2013
Verified Purchase
Very good read. Loved the author use of delivering information without making you bored out of this world. Good read.
Read more
Helpful
Comment Report abuse

Andrew J. Hagen
5.0 out of 5 stars Great book.
Reviewed in the United States on December 7, 2012
Verified Purchase
Easy read, great explinations of the wine region without a lot of complex b.s. I can recommend this to anyone who likes wine.
Read more
Helpful
Comment Report abuse
See all reviews

Gregg Norman
5.0 out of 5 stars Wine writing at its best...
Reviewed in Canada on April 1, 2014
Verified Purchase
This work is so well done. The research is impeccable and the writer clearly establishes that he has the inside track on the workings of that area of the industry under examination here. This book answered a lot of questions for me about Bordeaux wines and their makers - questions that so many other books did not or could not address. I highly recommend Noble Rot for the serious wine lover.
Read more
Report abuse
See all reviews