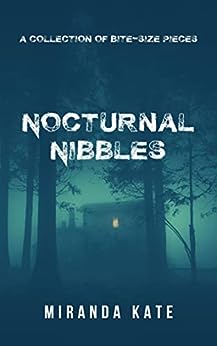 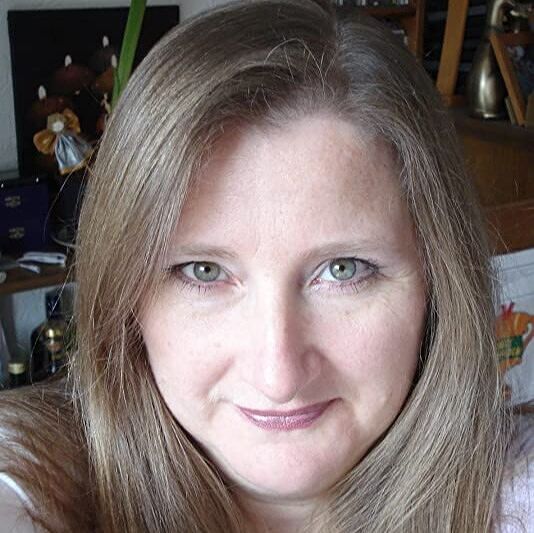 by Miranda Kate (Author) Format: Kindle Edition
See all formats and editions
Sorry, there was a problem loading this page. Try again.

Nocturnal Nibbles is a collection of thirty bite-sized pieces of flash fiction for you to devour. Containing short sharp tales of murder, revenge, penance, sacrifice, supernatural scares, monsters and spooks, it offers an array of horror to delight.

So buckle up and dive on in, you won’t regret it – but your nightmares might.

Miranda started out life wanting to be a film director, but when directing people didn't work, she turned to words instead, finding them much easier to deal with – most days.

Miranda has been featured in several Flash Fiction anthologies and ezines, and published several books, including three collections, four novels, and a novella. She writes across genres, which include Horror, Science Fiction Fantasy, Time Travel and Paranormal Fantasy, often mixing them together – the one constant being that they are all dark.

Miranda Kate, spent her early childhood in Surrey, in the south of England, and her teens and early adulthood moving round the UK, but currently resides in the Netherlands.

Belinda O
5.0 out of 5 stars Nice little bites
Reviewed in the United States 🇺🇸 on December 2, 2022
Verified Purchase
A few were maybe a bit too vague, but most of them pack a lot of horror in just a few words. That takes expertise!
Read more
Helpful
Report abuse

Alan Loewen
3.0 out of 5 stars A Collection Of Horror Shorts
Reviewed in the United States 🇺🇸 on November 25, 2022
Verified Purchase
Though a little uneven, this collection of horror shorts is certainly up to being reread. Not a lot of monsters though as Miranda Kate focuses on human monsters: rapists, murderers, and psychopaths.

I prefer my monsters more traditional, but if you enjoy your horror leaning more toward the criminal and psychological, Nocturnal Nibbles will certainly be your cup of tea.
Read more
Helpful
Report abuse

Batman89
4.0 out of 5 stars Not bad
Reviewed in the United States 🇺🇸 on April 17, 2022
Verified Purchase
Most of the stories were interesting, if a little too short. Some could be even better if they were expanded. Overall, a good quick read.
Read more
Helpful
Report abuse

Amazon Customer
5.0 out of 5 stars Short quick stories
Reviewed in the United States 🇺🇸 on May 15, 2022
Verified Purchase
I enjoyed these flash stories and found that some of them are great bases for longer stories that one day the author might write.
Read more
Helpful
Report abuse

Christy Myers
5.0 out of 5 stars Great stories
Reviewed in the United States 🇺🇸 on December 1, 2021
Verified Purchase
I love all forms of horror but my favorite is definitely the short stories collections. This is a wonderful anthology of just the kind I love. Some are really creepy while some are just a little spooky but they are all really good. Looking forward to reading more by this author. Definitely recommend.
Read more
Helpful
Report abuse

elisabeth griggs
5.0 out of 5 stars Interesting reading for bedtime
Reviewed in the United States 🇺🇸 on December 19, 2021
Verified Purchase
I love this book. I have started reading it a couple of nights ago and I really enjoyed it. I have a Kindle fire so I can read with lights off and tv turned down low. Fantastic writing. Thank you!
Read more
Helpful
Report abuse

Kindle Customer
5.0 out of 5 stars Wonderful..
Reviewed in the United States 🇺🇸 on January 1, 2023
Delightful. Storytelling is an art that has definitely been achieved. I enjoyed each and everyone 😊. Miranda Kate is now one of my favorites..
Read more
Helpful
Report abuse
See all reviews

Wombat
5.0 out of 5 stars Perfect when you fancy a quickie
Reviewed in the United Kingdom 🇬🇧 on November 1, 2021
Verified Purchase
A chilling collection of short shocks for when you fancy having the willies put up you but don't have time to linger. Ideal to take with you when travelling, in waiting rooms, or to keep in the bathroom. As ever with this author, the stories are eloquent, absorbing, and satisfying. You can't go wrong.
Read more
2 people found this helpful
Report abuse