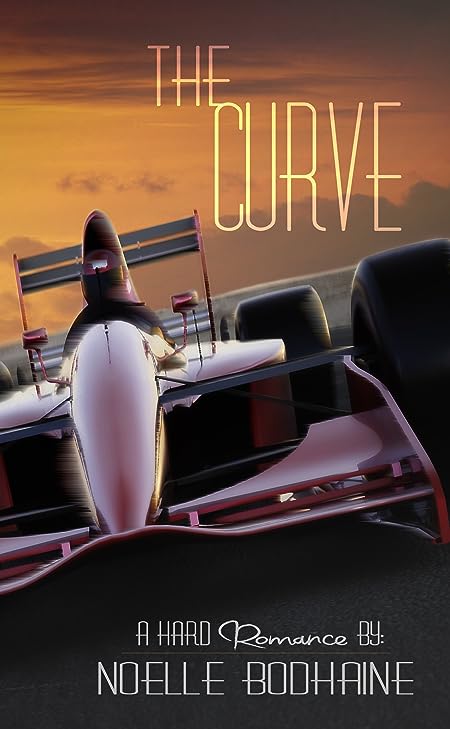 Welcome to Noelle 's world where creativity and filth comingle and make for a delightful cocktail to intoxicate your senses and occupy your time.

Classically trained in the art of procrastination, seduction and distraction.

I'm a lover of all things creative, books, movies, music, cooking and art.

A history nerd to my core and avid studier of powerful She wolves that have shaped our modern history. I like to watch old movies when it rains and listen to dry satirical podcasts when I cook. I make a mean Old Fashioned and love the smell of cigar smoke and old leather.

I write about men I want to love and places I want to go. My laptop has become like an appendage as I never know when something deliciously dirty may pop in this crazy head.

I do my dreaming at the base of the beautiful Rocky Mountains, surrounded by handsome young men who do not pick up their laundry

Part of the Riverwalk Collection with Al Daltrey

Part of With Love at Christmas collection

All proceeds going to Vetsports.org

Noelle loves to hear from her readers! 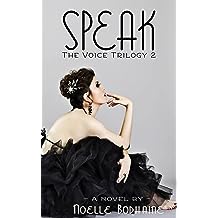 Speak (The Voice trilogy Book 2) Dec 20, 2014
by Noelle Bodhaine
( 28 )
$0.99
Rhys is everything Sophie never knew she wanted, until he lets her down. With a broken heart in tow she leaves him in the dust and starts over only to find herself a shell of who she had become, no longer satisfied by who she was.
When Sophie cuts him off, Rhys is a shell. Wanting what he cannot have, he must prove to Sophie that he has changed. But when the moment comes will he speak up? Can Rhys overcome the ghosts of Sophie's past? Can Sophie forgive Rhys his past sins? Find out in the second installment of The Voice Trilogy a story of self discovery, profound change and a love that must be written in the stars.
Read more
Other Formats: Paperback 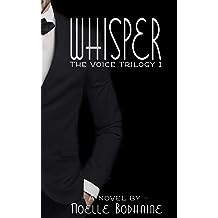 Whisper (The Voice trilogy Book 1) Sep 25, 2014
by Noelle Bodhaine
( 39 )
$2.99
When Sophie stumbles into Rhys' world she is mere whisper of herself. A shell broken and battered by loss and neglect. A weekend away and time with friends is what she needs. What she gets is a sexy alpha male with a mysterious past, a reputation beyond measure and a need for control. Gambling with one's heart is a dangerous affair and everybody knows you don't walk away from the table when you are winning.
Read more
Other Formats: Paperback 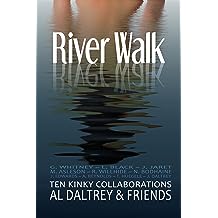 River Walk: Ten Kinky Collaborations Jun 3, 2015
by Al Daltrey, Lena Black, Rosemary Willhide, Noelle Bodhaine, Jen Lassalle Edwards, Gina Whitney, Melissa Asleson, Julie Jaret, Ali Reynolds
( 35 )
$2.99
The concept behind this book involves female writers bringing to life stories that stem from one male Dom. True collaborations. (Similar to a ‘Duets’ album). Intentionally, a range of female authors were approached. Some are established and successful; while others were previously unpublished. Each writer brought her flare, her style, and her talent to the project. The subtle connection linking the stories relates to the famous River Walk in San Antonio Texas.

The Power of a Woman (Gina Whitney). Our demons were made for each other. Our facades mean nothing when it's just me and you. Sin from thy lips. Trespass sweetly urged! Give me my sin again and again. A modern day Romeo and Juliet meets Sopranos.

Spanked! (Lena Black). Recent college graduate Mila Petrov needed money to repay endless school loans. How far would she be willing to go when she meets a handsome doctor with a dark side and a mysterious machine?

Un-cashed Cheque. (Melissa Asleson). The road of self-discovery can be long, but for Macy Seduva, an unplanned detour could actually be the most effective route.

The Discover Ring (Rosemary Willhide). All wedding planner, Sylvie Hancock, wants is to marry her long time boyfriend. In her quest for an engagement ring, she discovers an unexpected desire simmering deep within.

One Last Cigarette (Noelle Bodhaine). We all have three lives: public, private and secret. Jackie’s secret is her vice, in private she longs for more, in public she is happy. When someone’s virtue pulls her in, will her vice push him away?

Through The Ages. (Jen Lassalle Edwards). An older submissive, Libby Simms, befriends her nurse, while ill in the hospital. She shares the story of her life, including her deepest secrets.

First Journey, Second Thoughts (Ali Reynolds). A young woman meets an online Master. While their relationship deepens, there is mystery - as things are not always as they seem.

Three Wishes (Tiffany Huegele). A husband grants his wife, Amelia Hopkins, three wishes. She in turn, grants him one. Will she play it safe or step out of her comfort zone?

Love’s Notion (Jaycee Daltrey). Vivian returns to her hometown and stumbles across a picture of her teenage crush. Unable to squash her curiosity, she decides to stalk him. She knows it's wrong, yet can't help but play with fire.
Read more
Other Formats: Paperback 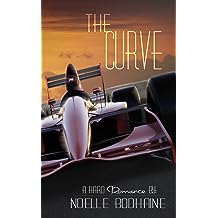 The Curve Sep 22, 2016
by Noelle Bodhaine
( 35 )
$2.99
We had everything, until the curve took him from us.
I'm Makayla Love and I was born to race.
Fuel runs in my veins.
Ever since I could walk, I've wanted to drive.
Ever since I was twelve I've loved Kelley.

I almost had everything, until the curve took them from me.
I am Kelley Quinn and I am a driver.
I master curves.
Speed is my religion.
There is no greater rush than the track, until she drifted back into my life.

The straight is all about speed, but life is lived in the curves.
Lived in the twists and turns and uncertainty of what lies around the corner.
The curve could spell disaster or lead you home.
But you'll never know until you wrap your hands tightly around the wheel and drive. 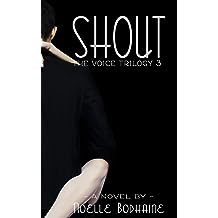