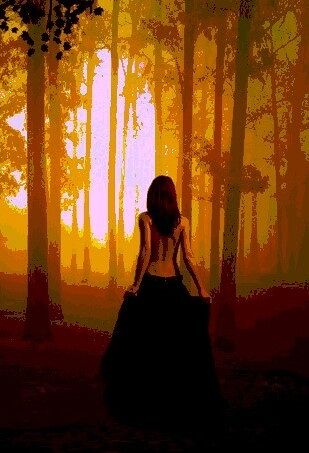 Hello, I grew up in the cold north and migrated to the tropics where I have raised my family and now fill my time putting pen to paper. My own taste in reading has led me to focus my writing on romantic suspense, a genre I truly enjoy. My other creative pursuits include oil painting, the revival of macramé and tending to my rescue animals. I suppose you could call me borderline bohemian but in fact I'm just an ordinary person leading as fruitful a life as possible. My singular wish is that my readers enjoy the ride from cover to cover. 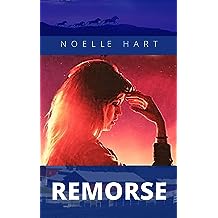 HAVE YOU EVER WISHED SOMEONE WOULD JUST DISAPPEAR?

The internet Abused Wives Club has a mentor who is preying upon its vulnerable members. Administrator Angela is coaching women on how to liberate themselves from their tormenters and walk away with a large sum of money.

HAVE YOU EVER DONE SOMETHING YOU'VE COME TO REGRET DEEPLY?

Sydney Raines has blundered badly. To her mind, she has committed the ultimate sin. Can she overcome her guilt before it consumes her? She's come to the small town of Hope, its name echoing her present state of mind, to probe an anonymous letter regarding the authenticity of certain life insurance policies.

HAVE YOU EVER FOUND SOMETHING YOU DIDN'T KNOW YOU WERE LOOKING FOR?

Horse rancher Sam Daltry is meeting some guy named Sidney something-or-other. The last thing he has time for is the bold woman who has just plunked herself down across from him. Mesmerized by her sexy attributes and cool gaze, he only half listens until she says, "I'm Sydney Raines." Dazzled by her full wattage smile, he finds himself drawn into her shocking investigation right here in his home town of Hope, one that involves the people he loves.

HAVE YOU EVER FOUND YOURSELF REPEATING THE SAME MISTAKE OVER AGAIN?

Sydney feels vulnerable. Naked even, beneath Sam Daltry's steady gaze. Damn, but it's a distraction! She needs to stay focused on the job at hand. What has started as a simple investigation is not just possible fraud, but murder! With Sam on board as advisor and more, she may be about to commit the same error that cost her police partner his life. 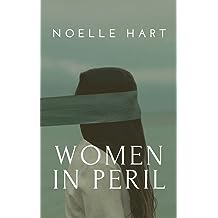 Women In Peril Sep 10, 2016
by Noelle Hart
$4.99
WHAT IF YOU WERE DIRT POOR AND SOMEONE OFFERED YOU MORE MONEY THAN YOU'D EVER HOPE TO SEE IN YOUR LIFETIME FOR ONE, SINGLE FAVOR?

Eight female lives collide when that same favor creates an outward ripple of shocking events that strip them of their innocence and bring them to their knees. Facing some of life's worst challenges, they ultimately cross paths as they either fail or triumph, finding solace within each other.

Women in Peril is a step away from romance and a leap into the darker side of relationships.
Read more 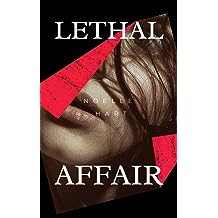 Lethal Affair Aug 11, 2016
by Noelle Hart
( 1 )
$4.99
IT'S ALWAYS THE QUIET ONES WHO FOOL YOU into thinking you're safe...Kylie Lambert is looking for love and thinks she's found it with Drew Hammond. When their first intimate date triggers his volatile temper, Kylie decides to end things before they escalate. Determined to keep her, Hammond's dark side fully emerges, and he's on a mission to destroy all that she loves, with Kylie herself as his ultimate prize.Sexy, level headed, restaurateur Will Delaney is a patient man. He's powerfully attracted to Kylie but isn't going to push her into anything she's not ready for. When his trainee waitress is murdered and homicide detective Ethan Crane connects the dots between Kylie's stalker and his employee, he realizes her situation has become deadly. Any other man might choose to walk away, but Will can't deny the depth of his feelings when it comes to this damsel in distress.Hammond recognizes Will Delaney as a contender for Kylie's heart. How better to ensnare her by using Will's ten year old son to lay his trap! Despite her support network, Kylie realizes that she alone must bring Hammond to his knees, and hopefully, to his senses. Lethal Affair touches the heart, feeds the libido and provides an exciting foray into domestic suspense. Enjoy the entire series of three full length novels or read individually as each stands alone.
Read more
Other Formats: Paperback 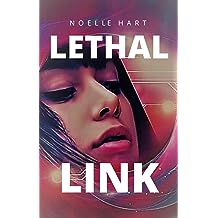 Lethal Link Aug 9, 2016
by Noelle Hart
$4.99
FICTION IS SUPPOSED TO BE IMAGINARY... but Millie Fox is about to find out just how real and how deadly it can become. Aspiring to write a chilling suspense novel, Millie maintains her day job as a waitress at a local diner where Tyler Bailey has become the new sous chef and baker extraordinaire. He's got a penchant for all things sweet, including Millie. When someone starts acting out each chapter of Millie's new thriller about an evolving killer, it becomes apparent that taking Millie's own life will be the perpetrator's ultimate goal. Tyler becomes her confidante and biggest fan as they work together to ferret out the person who is taking innocent lives and forcing Millie to become his personal co-writer. LETHAL LINK reaches into the heart, body and mind, designed to entertain on many levels. Enjoy the entire Lethal Series of three full length novels.
Read more
Other Formats: Paperback 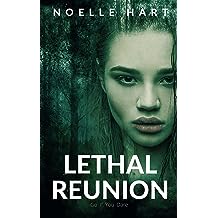 Lethal Reunion Aug 9, 2016
by Noelle Hart
$4.99
SIENNA STILES IS CURSED! Since high school, any man who has ever dated Sienna Stiles has met with a fatal accident. A dishwasher by day, avid oil painter by night, Sienna has received an invitation to her ten year high school reunion where she hopes to meet up with an alumni who now owns an art gallery. Not wishing to go alone, she allows a persistent suitor known as Triple A to escort her.At the reunion, an old wound is reopened, reminding her of why she shouldn't be dating anyone at all. Intending to nip this new relationship in the bud before he too falls victim to her curse, she discovers that Triple A doesn't scare so easily.Realizing that Sienna is a talented painter but a terrible self-promoter, Triple A uses his own special talents to push her art career in the right direction. Her resultant success brings out the curse, this time aimed at Triple A. Will he be able to debunk the curse, or will he be its latest victim?Lethal Reunion delivers a thrilling blend of heartwarming romance, sizzling sex and hair raising suspense!
Read more
Other Formats: Paperback