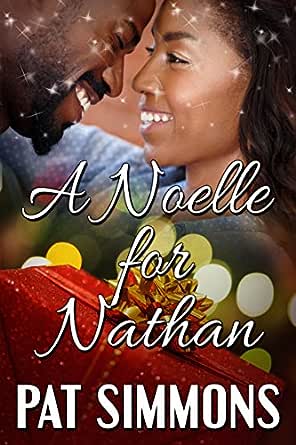 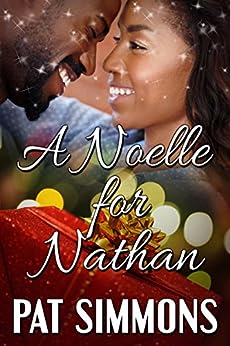 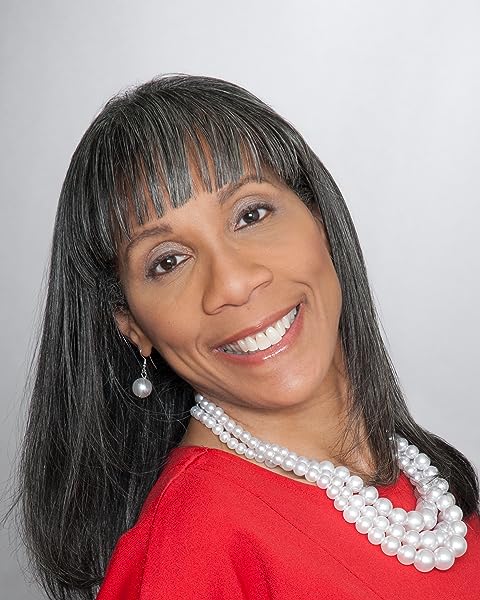 Pat Simmons is a self-proclaimed genealogy sleuth who is passionate about researching her ancestors and then casting them in starring roles in her novels, in the hope of tracking down any distant relatives who might happen to pick up her books. She has been a genealogy enthusiast since her great-grandmother, Minerva Brown Wade, died at the age of ninety-seven in 1988. Pat describes the evidence of the gift of the Holy Ghost as an amazing, unforgettable, life-altering experience. She believes God is the Author who advances the stories she writes. Pat holds a B.S. in mass communications from Emerson College in Boston, Massachusetts. She has worked in various positions in radio, television, and print media for more than twenty years. Currently, she oversees the media publicity for the annual RT Booklovers Conventions. She is the multi-published author of several single titles and eBook novellas, including the #1 Amazon best seller in God’s Word category A Christian Christmas. Her award-winning titles include Talk to Me, ranked #14 of Top Books in 2008 that Changed Lives by Black Pearls Magazine. She is a two-time recipient of the Romance Slam Jam Emma Rodgers Award for Best Inspirational Romance for Still Guilty (2010) and Crowning Glory (2011). Her beloved Jamieson men are featured in the Guilty series: Guilty of Love, Not Guilty of Love, Still Guilty and The Acquittal; the Jamieson Legacy series: Guilty by Association, The Guilt Trip, and Free from Guilt and The Confession. Given the success of the Jamieson men, Pat was elated to introduce the Carmen Sisters series No Easy Catch, In Defense of Love, Driven to Be Loved (National Bestseller) and Redeeming Heart. In addition to researching her roots and sewing, she has been a featured speaker and workshop presenter at various venues across the country. Pat has converted her sofa-strapped sports fanatic husband into an amateur travel agent, untrained bodyguard, GPS-guided chauffeur, and administrative assistant who is constantly on probation. They have a son and a daughter. Readers may learn more about Pat and her books by visiting her Web site, www.patsimmons.net; connecting with her on Twitter, Facebook, Pinterest, or LinkedIn; or by contacting her at authorpatsimmons@gmail. --This text refers to the paperback edition.

Tanishia Pearson-Jones
5.0 out of 5 stars Noelle! Noelle!
Reviewed in the United States on December 12, 2015
Verified Purchase
What a beautiful story filled with the love of God, compassion for others and the pure love between a man and his woman. In this story, we meet Noelle Foster, a school teacher who sees her students as real people with real trials in their very real lives. Her heart goes out to the them and she does what she can to help them. But, who will help Noelle?
Enter Nathan Andersen. He's the last single, upstanding, and Godly Andersen brother left.

Sidebar: the Andersen men are the kind of men your heart wants to love. Please go back and read A Christian Easter, A Christian Christmas, A Christian Father's Day and A Woman after David's Heart.

Back to this story, as the holidays approach gifts are purchased and passed around but some will get more than what they bargained for but everything they need. I really enjoyed this book. In true Pat Simmons' fashion the love of God shows up and shows out. She writes a beautiful story that satisfies your desire for a great novella! Great job! Five Stars!!!!!
Read more
One person found this helpful
Helpful
Comment Report abuse

Milton Kelly
5.0 out of 5 stars People Are Wearing A Mask
Reviewed in the United States on December 28, 2015
Verified Purchase
The Characters in "A Noelle For Nathan" really gives us some hard life lesson about being homeless. We should never look down on people because they are down on their luck. I love the Characters of Noelle Foster, her best friend Stephanie and of course Nathan Andersen because they have compassion for individuals especially people who are homeless. Did you know that in a blink of an eye, our lives can change? When that happens, we need to show some compassion for others because not knowing what they are going through. Someone that you work with or at your Church or in your family could be hungry and you may not know it. That because they are wearing a mask that you can't see. Homelessness doesn't have a certain look. Also it doesn't matter if you have a college degree, a great career making a six-digit salary, homelessness doesn't discriminate at all. Anybody can become homeless in any moment. That's why you should never judge anyone at all. Thank You Pat Simmons for including about the homeless in this story to remind us the importance to remember.
Read more
Helpful
Comment Report abuse

Joyce N.
5.0 out of 5 stars Was not ready for it to end!! 5 stars for A Noelle for Nathan!!!
Reviewed in the United States on December 10, 2015
Verified Purchase
Pat Simmons did it again!! This book is full of love, life lessons and most importantly Christ. I love how Pat interjects the word/voice of God into this story and all of her books. This story reassures us that true love is possible when it is orchestrated by God. And it shows us that in spite of our best efforts to be a good person, our relationship with God is key to the best life possible. Nathan and Noelle's story was truly heartwarming indeed!!! I look forward to more from the Andersen brothers.

Vera Davis
5.0 out of 5 stars I recommend A Noelle for Naithan.
Reviewed in the United States on September 12, 2017
Verified Purchase
Nathan the oldest and the last of the Andersen men sees a lovely woman in a restaurant. He is taken away by her beauty. Noelle on the other hand is taken by his generosity handsomeness and swagger. They meet and Nathan admires Noelle's spirit of giving to her students, their parents and others. It is just one thing, she hasn't accepted Christ. It is a beautiful love story on how their love for others bring them together and opens the door to Nathan leading Noelle to Christ. A beautiful love story that makes you laugh, smile and even cry. I love the Andersen series, kudos to Pat Simmons.
Read more
Helpful
Comment Report abuse

Reviewed by Kenya
5.0 out of 5 stars Worth the wait
Reviewed in the United States on December 5, 2015
Verified Purchase
I have been patiently waiting for Nathan's story and I must say it was worth waiting for. Mrs. Simmons showed how a person can have a good heart and do good deeds and still be out of fellowship with God. However when God puts the right person in your life your relationship and good deeds become extraordinary in God. As well as finding the one that God has for you.
Read more
2 people found this helpful
Helpful
Comment Report abuse

LeeLee
5.0 out of 5 stars A Beautiful Story!
Reviewed in the United States on December 26, 2015
Verified Purchase
As always, Pat Simmons delivers a 5 star novella! It was worth the wait for Nathan's story and I was not disappointed! I love how this author always introduce some characters to Christ and shows the struggle of submitting all to Jesus! All I will say is this is worth reading...and reading, again!
Read more
Helpful
Comment Report abuse
See all reviews