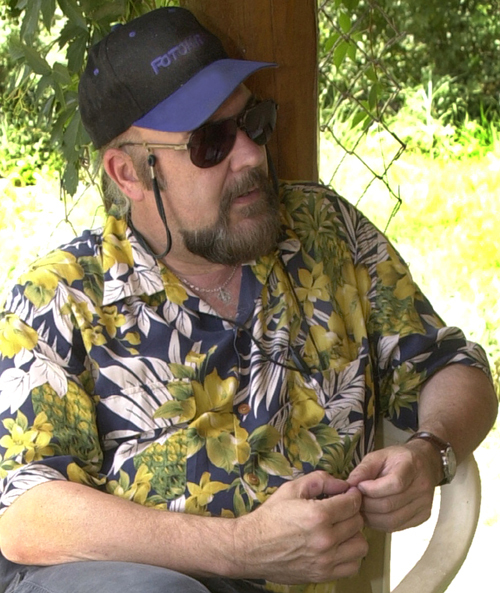 3.9 out of 5 stars
3.9 out of 5
14 customer ratings
How does Amazon calculate star ratings?
Amazon calculates a product’s star ratings based on a machine learned model instead of a raw data average. The model takes into account factors including the age of a rating, whether the ratings are from verified purchasers, and factors that establish reviewer trustworthiness.

Mary Seacross
4.0 out of 5 stars Good
Reviewed in the United States on April 2, 2018
Verified Purchase
I enjoyed looking through this book which is basically a coffee table book. Most coffee table books are hard cover this one is paperback. I really like the subject of film noir And I have the book standing up on my bookshelf where I can enjoy seeing Rita Hayworth . It is not an in-depth book on photography or cinematography on film noir
Read more
One person found this helpful
Helpful
Comment Report abuse

rissa
5.0 out of 5 stars Awesome!
Reviewed in the United States on November 27, 2019
Verified Purchase
The book was in perfect condition! Very happy
Read more
One person found this helpful
Helpful
Comment Report abuse

Iconophoric
3.0 out of 5 stars Disappointing
Reviewed in the United States on August 27, 2004
Verified Purchase
On a quick browse through, Noir Style appears to be a copiously illustrated analysis of the visual style of one of my favorite things, film noir. But closer examination reveals this book to be a series of extremely specific descriptions --not even analyses-- of the lighting, body language, expressions and camera angles demonstrated in a set of film production stills! The resulting material, besides being colossally redundant, feels strangely like one of those middle school creative writing exercises where teacher sets a photo out and tells you to write a story about it. Again and again, the words fall short of the genuine eloquence of the images. And the descriptions, as specific and earnest as they may manage to be, ultimately feel removed from the living, breathing context of the ostensible subject.

Anyone who knows what film production stills are knows they usually don't exactly match the scene as it appears in the finished film. This in itself may nettle you as it does me. But even if the stills were direct frame blowups from the films, as they are in a few instances here, this approach wouldn't work. The most static film has a dimension of movement, duration and progression that would delimit or, at very least, challenge the validity of this treatment. But say, you're so good at it, you DO want to scrupulously describe the contents of photographs of film scenes. How many times can you do it before a whopping case of "okay, we get the point already" sinks in? I believe twelve well-chosen stills can tell you all you will ever need to know --provide a thorough visual glossary-- of noir style acting and visuals. (Maybe this is a case for DK Books.)

Noir Style gets three stars from me, in spite of the one star text, for presenting some nice photography. Many of the pictures in this book are better presented by the same authors, however, in a slimmer and cheaper Taschen volume called Film Noir. It's better because, in that book, at least, we are spared the cruel tease of an analysis of the form that isn't really there. Film Noir is a straight-ahead pretty picture book that frankly delivers, without the let-down that lays at the heart of Noir Style.

MC
5.0 out of 5 stars Exactly what I was looking for.
Reviewed in the United States on November 13, 2008
Verified Purchase
As a photographer this beautiful book was exactly what I was looking for. Not only does it contain stunning stills from Noir classics and lesser known movies, but it touches on the elements of each still - the lighting, subject position, etc. Definitely worth the money.
Read more
3 people found this helpful
Helpful
Comment Report abuse

Frank DonnellyTop Contributor: Poetry Books
TOP 1000 REVIEWERVINE VOICE
5.0 out of 5 stars A Great Coffee Table Type Photo Book - Accompanied By Informative Narrative
Reviewed in the United States on January 21, 2016
I love this book. It is very enjoyable. If one knows nothing about film noir this is a great place to start. It is not a text book. It is more of a coffee table type book. However, the authors do tie together, to some extent, contemporary literature and art, with film noir. I found that very helpful and informative.

In the introduction, it is explained that although there is some text, in viewing these photo stills, room is left for the viewer's "extrapolation". I liked the way they put that. Thus various chapters begin with some narrative about various aspects of film noir. There are also numerous photo stills with accompanying narrative.

The book is both enjoyable and informative. It is as much a work of art as literature.
Read more
One person found this helpful
Helpful
Comment Report abuse

Most critics agree that style was one of the main elements of this genre and Paul Schrader went further to suggest that noir style was working out the conflict visually. Where would this kind of movie be without its deep shadows and expressive lighting? With over two hundred production stills the authors explore the various characteristics and meanings of this essentially American art form. What makes the book so wonderful for me, apart from the excellent design by Bernard Schleifer, are the stills, mostly large one to a page and beautifully printed as 175 screen duotones, they leap off the page. Each photo has a very comprehensive caption.

As well as the seven chapters there are several spreads called `Motif' where certain visual treatments are examined in more detail, prison bars, dream and flashback, face and gesture, sexual debasement, night and the wheel and one I thought particularly interesting about photographer Weegee (his real name was Arthur Fellig and he got his obscure nickname from his job, in the twenties, at The New York Times, where he worked in the photo darkrooms removing excess water from prints before they were dried, he did this with a squeegee) he covered New York city for various tabloid papers and his style was a photographic version of the noir movies. Page forty-seven shows one of his photos of a dead man on a city pavement, wearing a blood soaked shirt, over the page is a still of Kirk Douglas playing dead from the movie `Out of the Past', they actually have very little in common, one is sanitised reel life the other is real life.

`The Noir Style' could not be any better and with Silver's `Film Noir' encyclopaedia you will have a very full account of this fascinating movie genre. One other noir film book I have enjoyed is `Dark City' by Eddie Muller, a detailed text and picture study. A neat touch is that Muller's written the book in the language style of the hardboiled private eye books of the forties...all three books hit the bull's eye!

***FOR A LOOK INSIDE click 'customer images' under the cover.
Read more