A None's Story and millions of other books are available for Amazon Kindle. Learn more
Share 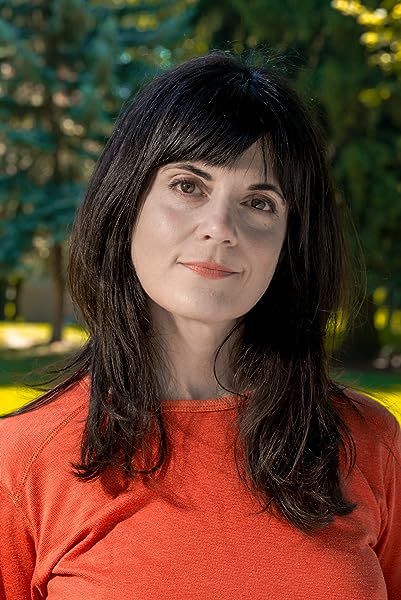 Customers who bought this item also bought these digital items

A None's Story packages sociology and history into an engaging personal story that puts a human face on the fast-growing movement of the 'nones' in American religious life. Nicolaou's spiritual peregrinations are presented in ways that are informative and also frankly fun. -- Jana Riess, senior columnist, Religion News Service

Nicolaou's writing is full of intelligence, curiosity, and honesty. In her quest for spiritual identity, she touches on one of our deepest desires: to live a life of meaning and connection in a world that too often feels radicalized and divided. A None's Story is more than a memoir: it is an exploratory map that we might follow to better understand our own journeys toward an understanding of faith, its failures, and its rewards. -- Kim Barnes, author of In the Wilderness: Coming of Age in Unknown Country

Nicolaou puts flesh and blood on one of the most important trends in religious America: the rise of the 'nones,' people who claim no religious affiliation yet aren't atheists either. From mosque to church to synagogue to Zen temple, she approaches her quest with a keen eye and a big heart―as well as a welcome dash of humor. A None's Story is a book everyone will enjoy. -- Eric Weiner, New York Times best-selling author of Geography of Genius: A Search for the World's Most Creative Places from Ancient Athens to Silicon Valley

Perfect for those looking to ground themselves in the overlapping but often contradictory morals of the world's major religions, Nicolaou's book vividly and respectfully unpacks the nature of spiritual practice., Publishers Weekly

Corinna Nicolaou has taken up a journey that, as a None, thrilled me in its scope and intention. With humor, humility, and grace, she reveals the threads of history and humanity that connect us all. -- Megan Kruse, author of Call Me Home

Beautifully, humorously, and respectfully recounted, Nicolaou's journey is proof of the good that can be found in and learned from those who neither look nor believe like us., Booklist

Nicolaou's quest to find inner peace through in-depth participation in Christianity, Judaism, Buddhism, and Islam is not only informative in a remarkably even-handed and clear-headed way, but also compelling, inspiring, insightful, moving, and often funny., Shelf Awareness

Corinna Nicolaou is a writer whose work has appeared in the Washington Post, Los Angeles Times, Texas Observer, Salon, and Narrative Magazine, among other publications. Her commentaries have aired on National Public Radio's All Things Considered, and her writing can be found on her blog, One None Gets Some: Looking at Life Through the Lens of Faith.
Start reading A None's Story on your Kindle in under a minute.

4.6 out of 5 stars
4.6 out of 5
22 customer ratings
How does Amazon calculate star ratings?
Amazon calculates a product’s star ratings based on a machine learned model instead of a raw data average. The model takes into account factors including the age of a rating, whether the ratings are from verified purchasers, and factors that establish reviewer trustworthiness.
Top Reviews

Joyce
5.0 out of 5 stars Brilliant and Inspiring!
Reviewed in the United States on July 26, 2017
Format: HardcoverVerified Purchase
This was a book I found it hard to put down. I was drawn by the quality of the writing and the spirit of the writer. Motivated by personal traumas, the last of which was 9/11 when she was working near the Pentagon in Washington, D.C., Nicolaou decided to explore what religious traditions might offer. It turned into a four-year project. A second generation “None” - meaning that when filling out a form asking for religious identity she and her parents would check the None box - the author brought a fresh approach to her search. Not only was I impressed by her openness to receive whatever gifts any tradition offered, I found her amazingly courageous in her willingness to visit gatherings of all stripes of Christians, Jews, Muslims, and Buddhists as a stranger and to throw herself into whatever practices each asked of its members. (She even did the Ramadan fast.) Her summations of the essence of each tradition are excellent, coming from her insightful capacity to notice and to trust her experience. I heartily agreed with her in being turned off mostly by those who imagine they have the absolute answers, and mostly attracted to those who are welcoming and kind and admit to their vulnerability.
Read more
Helpful
Comment Report abuse

Amazon Customer
5.0 out of 5 stars YOU MUST READ!!!!!!!
Reviewed in the United States on April 27, 2017
Format: HardcoverVerified Purchase
Best decision my Professor could have made, having my class read this book. Living in today's society, I think that we should read this book more than ever. This book opens up your eyes to other thoughts, experiences, traditions. You feel as if you are taking the journey through Christianity, Judaism, Buddhism, and Islam with Corinna. You are able to relate to Corinna more than you might think. You are probably feeling and questioning the same things about religion and life, as her; I know I was. We want to be aware of each religion and their traditions, we don't necessarily have to be experts about each one; this book gives you that insight. It teaches you to be considerate of not only other religions, but other cultures, and people of different races, genders, etc. I feel as though, if you were to read this book, you have to be somewhat optimistic already. I hope she publishes another book, because I will definitely buy and read it. On a side note, she is a really nice individual, my class spoke to her and she is awesome :) .
Read more
One person found this helpful
Helpful
Comment Report abuse

Margibeth
5.0 out of 5 stars A loving look at the nature of faith.
Reviewed in the United States on April 9, 2016
Format: Kindle EditionVerified Purchase
This book is a moving and sincere look at faith as practiced by many denominations and religions, especially as practiced in the U.S. The writer like so many people today was raised w/out a religious upbringing. To understand why religion matters to so many, she decides to educate herself by opening her heart to understand what each worshiper is seeking in the congregations and temples and mosques she visits. She allows us to join in this search, her awkward and funny moments as well as the truly transcendent moments of love that she shares with people of all faiths. I cannot imagine a better companion in examining the nature of faith.
Read more
2 people found this helpful
Helpful
Comment Report abuse

GP
4.0 out of 5 stars Appeals to a particular audience
Reviewed in the United States on July 22, 2017
Format: HardcoverVerified Purchase
I thought this was a good,informative book . It is well-written in a conversational but thoughtful way since this is a complicated subject. I am recommended this book to my Library (they did not have it) since I feel it should be part of their world religions section. I appreciate that I was able to get this book used and in great condition. It will appeal to a certain audience for sure.
Read more
One person found this helpful
Helpful
Comment Report abuse

deborah l egeland
5.0 out of 5 stars A willingness to discover...
Reviewed in the United States on September 21, 2016
Format: HardcoverVerified Purchase
I thought it was an excellent topic and was written in an interesting and very readable way. By being a personal journey, rather than just informative, the book's content was easier to internalize and much more enjoyable! I learned things, laughed, and found myself wholeheartedly wishing more people had the interest, curiosity, and willingness to explore and be open to possibility...
Read more
One person found this helpful
Helpful
Comment Report abuse
See all reviews from the United States

What digital items do customers buy after viewing this item?