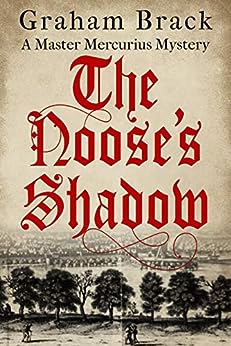 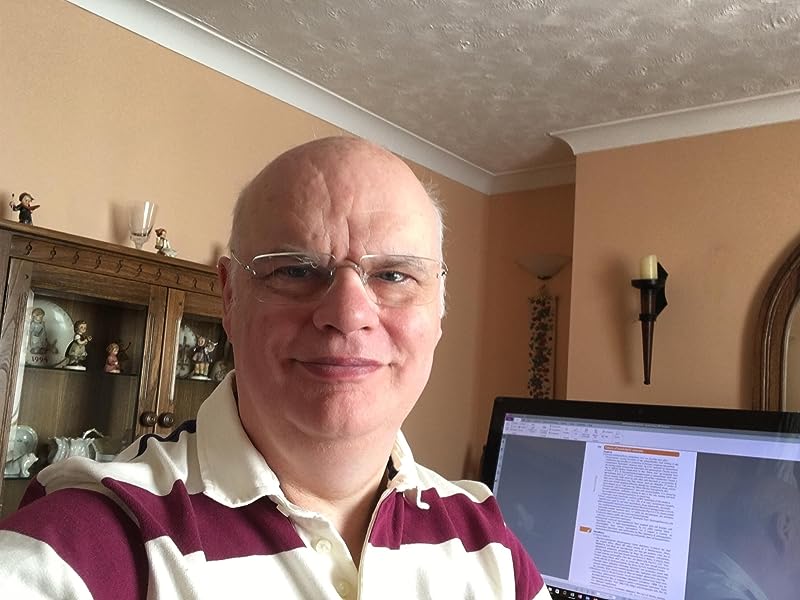 A man who nobody liked has been murdered … but who had a motive to kill?

After a successful trip to England to secure the Princess Mary’s hand in marriage to William of Orange, Master Mercurius is back at the University of Leiden.

And once more, he finds himself embroiled in a local mystery.

A farmer named Wolf was stabbed to death outside his home, and his neighbour Jaco has been arrested for the murder.

But Jaco’s wife Sara is convinced her husband is innocent, and Mercurius believes her.

As Mercurius gathers the facts, it soon becomes clear that Wolf was a deeply unpopular man. But is that enough of a motive for murder?

With the shadow of the noose looming over Jaco, Mercurius is running out of time to catch the killer and stop an innocent man from hanging in his stead.

Graham Brack has been writing for as long as he can remember, but now concentrates on crime fiction. Three times shortlisted for the Crime Writers' Association's Debut Dagger prize (in 2011, 2014 and 2016) he never quite managed to win it.

Graham lives with his wife Gillian in Northamptonshire and has two children and three granddaughters, who are too young to be allowed to read Grandad's books, so he provides other stories for them.

He trained and practised as a pharmacist and has also written about football, rugby and medical law.

Kindle Customer
4.0 out of 5 stars Good one.
Reviewed in the United States 🇺🇸 on September 14, 2021
Verified Purchase
A little more repetitive than the previous two...but funny in spots like the others and as usual, builds a case slowly but surely to its inevitable conclusion. I like this authors sense of humor, for which there are numerous examples throughout these books; his humor is wry, dry, subtle and yet clear and clearly funny throughout. I am enjoying these books and would recommend them to readers everywhere. On to book #4. A nice change from the brutal events of 'real' history of this period and throughout history to this very day
Read more
One person found this helpful
Helpful
Report abuse

Di
5.0 out of 5 stars Delightful as ever
Reviewed in the United States 🇺🇸 on December 9, 2020
Verified Purchase
As soon as my book arrived, I put aside everything else and started reading this one and I wasn't disappointed. Master Mercurius is as delightful as ever. I love his worldview and the way he goes about his investigations. This time, I had an inkling of who did it before Mercurius stumbled on the truth, but, as always, the plot is far from predictable. As characters go, I really enjoyed the new Rector and his support of Mercurius, but all the characters are totally rounded, even the ones we barely meet; one of the drawcards for these books. There is less of a historical note to this book, aside from the period setting of the series, than in the previous ones, with no historical figures playing their parts, but it was a very interesting look at the common man in those times; an aspect I thoroughly enjoyed. As with each of the previous Master Mercurius books, this investigation stands alone, but if you haven't already read them all, do yourself a favour and indulge in some light-hearted murder mysteries which will keep you enthralled and entertained.
Read more
One person found this helpful
Helpful
Report abuse

Website's Mom
4.0 out of 5 stars Another successful outing
Reviewed in the United States 🇺🇸 on July 22, 2021
Verified Purchase
Master Mercurius takes a case in a simple village town. The townsfolk all have the same story: the murdered man wasn't liked and will not be missed. As Mercurius is being sized up as a potential suitor for the mayor's daughter, he realizes who the culprit really is.
Read more
One person found this helpful
Helpful
Report abuse

Amazon Customer
5.0 out of 5 stars Love Master Mercurius
Reviewed in the United States 🇺🇸 on August 31, 2021
Verified Purchase
I have read all the books in this series. I just love Master Mercurius. He makes me laugh while providing a darn good mystery to solve and an interesting look at the period. It was a lucky day that I happened on Graham Brack. His tight writing and great sense of humor is captivating. I look forward to more great reads from this accomplished writer.
Read more
One person found this helpful
Helpful
Report abuse

b52apl
5.0 out of 5 stars A quirky dectective in 17th century Holland
Reviewed in the United States 🇺🇸 on May 14, 2021
Verified Purchase
This series follows Master Mercurius, a lecturer in Theology at the University of Leiden in the 1670's, who solves murders.

The books have lots of period appropriate humor. For example, the university dining hall cook is so awful, he's a running joke. Mercurius is tempted to check the cook's oven to see if the Biblical trio, Shadrach, Meshach, and Abednego, have been tramping around in there.

The characters are very well developed. Mercurius writes in the first person, so the reader is privy to all of his self doubt, bumbling and ultimate intelligence in solving the crime.
Read more
2 people found this helpful
Helpful
Report abuse

Georgia Peach
5.0 out of 5 stars Another intriguing tale of Master Mercurius
Reviewed in the United States 🇺🇸 on December 19, 2020
Verified Purchase
I read the first book in this series out of curiosity,but quickly found myself charmed. The author invites you into another world -a very different time and place - and in this setting you accompany a most engaging cleric/academic as he sets about solving some tangled mysteries. A really good read - now eagerly awaiting the next story.
Read more
One person found this helpful
Helpful
Report abuse

Marilyn
5.0 out of 5 stars Wonderful
Reviewed in the United States 🇺🇸 on December 14, 2020
Verified Purchase
So enjoy the use of vocabulary by Mercurius always have to look up a word or two. His struggle with sex and drink make him believable. Love this character.
Read more
Helpful
Report abuse

Mild Mavis
5.0 out of 5 stars A great read
Reviewed in the United Kingdom 🇬🇧 on December 27, 2020
Verified Purchase
For me, Graham Brack can do no wrong. His books are a delight. His language is excellent and his humour, well, on many occasion I laugh out loud. His knowledge of 17th century Holland (and London in one book) and modern day Prague are either amazing or extremely well researched. The only problem is I can read them faster than he can write them. But then maybe Matthew Shardlake will reappear to give him time to write the next one. Or I could reread Robertson Davis during which time he could write many novels.
Read more
3 people found this helpful
Report abuse

David Hough
5.0 out of 5 stars Masterly Mercurius
Reviewed in the United Kingdom 🇬🇧 on December 25, 2020
Verified Purchase
Another forensic investigation by Graham Brack's Dutch detective. This isn't Van Der Valk, this is well paced, immersive detective work as you follow Master Mercurius's investigation through all his thinking until the conclusion. Full of period detail, Mercurius's world is one of 17th century Leiden, which feels very real. The book, like the others, leads you on a journey that makes sense throughout, without sudden revelations that do not fit n with the unfolding narrative, but as always with Graham Brack's books, there is also plenty of humour which makes them easy to read, and even more enjoyable.
Read more
4 people found this helpful
Report abuse

Maltese falcon
5.0 out of 5 stars Another enjoyable mystery to be solved by Master Mercurius!
Reviewed in the United Kingdom 🇬🇧 on March 13, 2021
Verified Purchase
I’ve just finished the fourth book in this most enjoyable series about the mysteries solved by Master Mercurius. As soon as I finished each book I was immediately ready to start the next one and am now hoping for more. The 17th century setting in the area around the University of Leiden and the courts of both William 111 and Charles 11 provided huge historical interest. The quirky and highly intelligent cleric Mercurius and his humorous, insightful comments about the people he came in touch with provided me with enormous pleasure. I can only repeat that I’m waiting for more adventures in this series.
Read more
One person found this helpful
Report abuse

Kiplady
4.0 out of 5 stars So glad to have found Master Mercurius
Reviewed in the United Kingdom 🇬🇧 on January 9, 2021
Verified Purchase
I thought I was running out of historical mysteries but then I found Master Mercurius. It's such a different setting - apart from his trip to London - and such a different hero. His dry sense of humour and humanity are appealing. I've read all four books and look forward to book 5.
Read more
3 people found this helpful
Report abuse

shefflass
5.0 out of 5 stars The Dutchman
Reviewed in the United Kingdom 🇬🇧 on January 4, 2021
Verified Purchase
This is the fourth book in the series and I have read all four and enjoyed them , I think my favourite is the first book, because of the town of Delft featuring. I recommend the series especially if the period in history is of interest to you.
I do hope there are further adventures from Master Mercurius
Read more
2 people found this helpful
Report abuse
See all reviews
Report an issue
Does this item contain inappropriate content?
Report
Do you believe that this item violates a copyright?
Report
Does this item contain quality or formatting issues?
Report