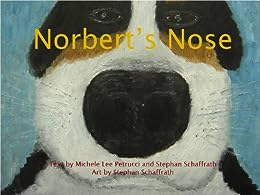 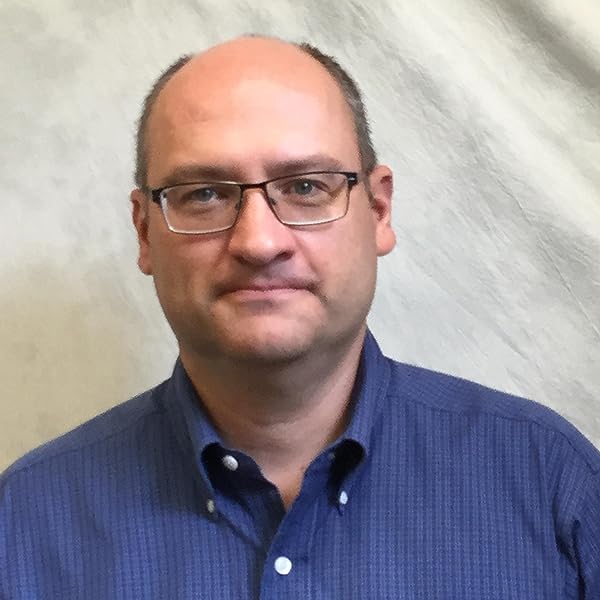 James N Simpson
3.0 out of 5 stars A Dog Finds a Career Doing What it Loves
Reviewed in the United States on January 18, 2020
Verified Purchase
Norbert lives in the Swiss Alps but isn't like the rest of his family who enjoy pulling carts. He prefers digging in the forest. One day he meets a cat that introduces him into making a career out of what he likes doing.

The book hasn't been formatted so only takes up a fraction of the screen in either landscape or portrait mode. For a book whose product page brags about it's illustrations, you'd think they'd take the time to ensure you can see them to their full extent. But they don't. Text also doesn't always fit on the one page and there's a few pages with a few lines of text.

The illustrations didn't impress me much. They're basically paintings with shapes more so than detail. The story was also not that exciting.
Read more
Helpful
Report abuse

Jbarr5Top Contributor: Baking
TOP 1000 REVIEWER
5.0 out of 5 stars Norbert's Nose
Reviewed in the United States on June 5, 2017
Verified Purchase
Norbert's Nose by Stephan Schaffrath
Colorful children's book about Norbert and how he grows up with his family and what they are trained to do and how he does it.
He wanders off and finds a friend and they go their own way. Interesting as it tells a child they can do whatever they want despite what they are trained for.
With his training he is still able to make a good profit on the work he does do with the help of others in the business.
Read more
Helpful
Report abuse

J. Harrell
4.0 out of 5 stars well illustrated but a little confusing
Reviewed in the United States on February 29, 2012
Verified Purchase
The illustrations in this book were nice and I get the important message in the story, but I suspect my 6 year old was confused by it. If your kid doesn't know what truffles are, that pigs find them, and that they're very expensive, this book probably won't make much sense to them. But, since she likes dogs and cats and pigs, the illustrations kept her engaged enough not to interrupt while I was reading. Bonus points for that.
Read more
5 people found this helpful
Helpful
Report abuse

Reader in Malone
5.0 out of 5 stars Nice story and pictures
Reviewed in the United States on November 12, 2014
Verified Purchase
My six year old loved this book. In her words, "I love the pictures and how Norbert and Oskar looked alike." She liked the idea that you can be different. She was able to read this book completely by herself, which was also something she was proud of.
Read more
Helpful
Report abuse

Cincy Yankee
4.0 out of 5 stars Lovely illustrations, sweet story
Reviewed in the United States on March 15, 2012
Verified Purchase
This simple story involves a Bernese Mountain dog who isn't good at pulling carts (like he is supposed to), but is good at finding truffles. (As another reviewer pointed out--parents might want to take a second to make sure their kid knows what a truffle is, and that pigs usually find them.) The dog makes some unusual friends, and finds his success his own way--not pulling carts with his brothers.

The story is brief and simple (which makes a nice quick read-aloud), and the pictures are lovely in color. (They are not quite as pretty on my black & white Kindle.)
Read more
3 people found this helpful
Helpful
Report abuse

lababrat
5.0 out of 5 stars norbert's nose
Reviewed in the United States on May 11, 2014
Verified Purchase
great children's book but i loved it too.spend some quality time with the little ones and norbert's nose. don't forget the popcorn.
Read more
Helpful
Report abuse

Nicola Hardy
3.0 out of 5 stars Orwell revisited?
Reviewed in the United Kingdom on February 13, 2013
Verified Purchase
'Norbert's Nose' is a story about being different and finding your place in the world. Norbert is a Bernese Mountain Dog. Unlike his brothers and sisters and all the other members of his family, he's no good at pulling carts. Instead, he prefers to wander in the mountains, digging in the dirt. One day, he discovers something that he calls a 'dirt tater', but a friendly cat called Oskar knows the real value of his find. Together with Rupert, the local truffle pig, they go into business.

I downloaded the Kindle version of this book for free, drawn by the expressive cover illustration. The pictures inside the book are really great, and my toddler and I really enjoyed looking through them together. The story I found a more little difficult. I'm fairly certain that this is intended as a picture book for children rather than a highly contrived self-help manual for would-be entrepreneurs. It starts well enough - Norbert grows up loving his family, but realising that he is different from them - and then the storytelling becomes more awkward. Before long, we are transported into a pseudo-Orwellian world where animals are setting up a business selling truffles to restaurants.

I think there's some good material in the book, but in the ultimately I don't think it's a tale that works terribly well for toddlers or small children. I would like to see more work from both the artist and the author, though, as they clearly have some interesting ideas to explore.

A couple of further notes:

- UK readers may wish to note that the book is written in US English.
- iPad users may be interested to know that the book is especially well-designed for reading on the Kindle app for iPad. The story is presented in single scenes, rather than as double-page spreads like a lot of other childrens' books. This means that if you turn your iPad for a 'portrait' view of the book (as opposed to 'landscape'), the single page will appear much bigger, and you have a better view of the lovely pictures!