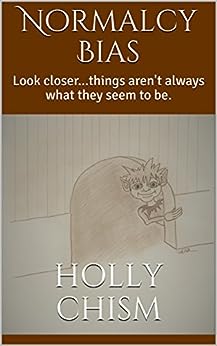 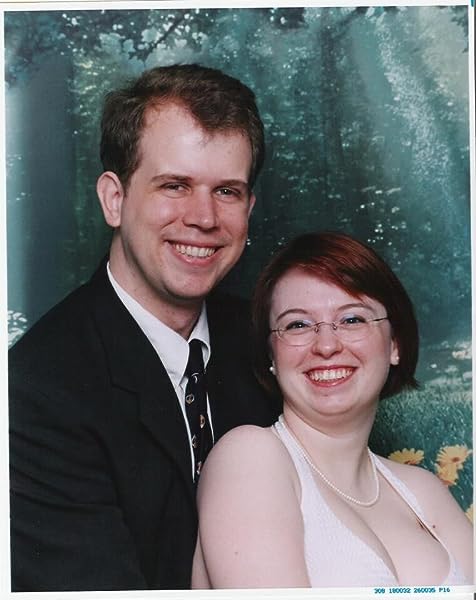 Normalcy Bias: Look closer...things aren't always what they seem to be. Kindle Edition

Tom Rogneby
5.0 out of 5 stars Entertaining and fun
Reviewed in the United States on March 5, 2018
Verified Purchase
This is an excellent collection of stories that demonstrate that one can never be sure of what you're looking at. Some things are twisted just a few degrees, some hide behind a mask, while others are careful to show you only what you expect to see. Chism takes time to paint intricate pictures of her charactes and their surroundings, while not dragging them out and slowing down her story-telling. Everything from the wee folk to the children of the night, and everything in between, inhabit Normalcy Bias, and it all comes together to make for entertaining reading.
Read more
Helpful
Report abuse

mommap
5.0 out of 5 stars Good short stories. Wait, what?
Reviewed in the United States on March 2, 2018
Verified Purchase
You read the title. I don't like short story collections, but I gave it a shake. Monsters, mysteries and stories that read familiarity. They flip from feeling you've just overheard naughty gossip from your grandad, a charming yarn from your favorite aunt and a talk with that crazy uncle with his tin cap. Each story has fast pacing and avoids patronizing the reader. Enjoy it in a waiting room office, or escape that boredom for a quick break from work. This'll get you out of your head for a while and always quick adventure.
Read more
Helpful
Report abuse

Pat Patterson
5.0 out of 5 stars Short stories about mundane meeting supernatural
Reviewed in the United States on April 16, 2019
I wish to encourage all of my friends and neighbors: DO NOT read, seeking comprehension, when you are sleep deprived. Also, if you find a book confusing, when you had no prior problem with the author? That just MIGHT be a clue that you are sleep deprived.
See how easy that works?
Well, I didn't, not for a while. And I kept looking for continuity, and not finding it, and was puzzled. Alas, the problem lay not within the stars, but within myself. It took a bit, but eventually, I was goofy enough that my gift-from-God, happily ever after trophy wife Vanessa, the elegant, foxy, praying black grandmother of Woodstock, GA...did something mysterious to me, and I slept.
And when I awoke, I discovered (among other things) that I would not find continuity between the chapters, because those WEREN'T chapters. They were short stories.

They are all stories about Strange Things, however.

Gremlins. The protagonist has just retired from the military, and returns home to discover home isn't there. It's been, sort of, urban-renewed, while he was away. Fortunately, he has the paperwork to prove he is the owner, and gets compensated, and with the money, he buys a larger spot of land, with some buildings, on the border between Texas and Mexico. No problems, he thinks; I'll put up fences. And then he discovers that something LIKES his fences; likes them enough to eat them.

Horse. I have no idea if US military patrols in the Middle East are ever given camels as their pack animals, nor horses, neither. But, regardless of your beast of burden, when bad guys shoot at you, and something like a djinn appears, it's good to have a team member with strange abilities. Mine was playing the harmonica.

Quetzl. Did you know that the state only funds foster kids until their 18th birthday, and NOT until they graduate from high school? If you are lucky, your placement is with a family that cares, and will let you stay until you are fully prepared to make it on your own. Marco didn't have that bit of luck. He DID, however, have an unknown pet, who slept in an egg that Marco thought was a pretty rock. The rock stayed with Marco as he was shipped from home to home. And then, it was the unknown pet's turn.

Good Housekeeping. Nobody with good sense cares about a HOUSE; what we really need is a home. And even if your Home is far, far away, you can make a new home wherever you are. And sometimes, someone from the old neighborhood shows up, and that's when Home really begins.

Burn. It's awfully confusing when you don't know who you are, or where you come from. Sometimes, though, the old life 'remembers' its' way through the confusion, ad you find yourself with old habits you don't remember. Here's a hint: Some old habits are more ominous than othjers.

The Life that Jack Built. This one has no answers. It will keep you reading to the very end, though.

Good Evening…This Is Your Wakeup Call. What's worse than waking up with a hangover? Well, LOTS of things. But waking up as a vampire has got to be somewhere on the first page.

I Dream of Djinn. Fortunately, when this one gets free, it can tell who the good guys are, and who the bad guys are. Set in the same world as 'Horse.'

Jury Duty. People talk about jury duty as if it's a bad thing. I suppose it CAN be, but I enjoyed my turn. Ya see, we are entitled to a jury of our peers. And that's REALLY important, when you are somewhat supernatural.

Real Monsters. People have a distorted view of small towns. Something which IS true about them is this: everybody knows everybody else's business. And, in this somewhat spooky tale, they don't turn a blind eye, either.

Blood Kin. Speaking of waking up as a vampire: for this little exercise, I want you to imagine circumstances in which that is a better outcome than the alternative.

Altogether, a charming little set of stories. Even the creepy ones are sort of appealing.
Read more
2 people found this helpful
Helpful
Report abuse

Lot of urban fantasy in this book, and it's GOOD fantasy. No cliches, just solidly written fiction.

Seriously. Get it. And block out some free time, because you are NOT going to want to stop reading.
Read more
Helpful
Report abuse
See all reviews
Back to top
Get to Know Us
Make Money with Us
Amazon Payment Products
Let Us Help You
EnglishChoose a language for shopping. United StatesChoose a country/region for shopping.
© 1996-2021, Amazon.com, Inc. or its affiliates