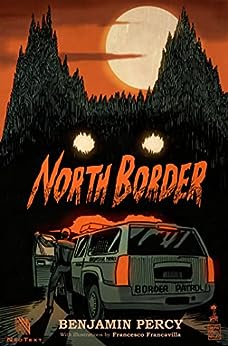 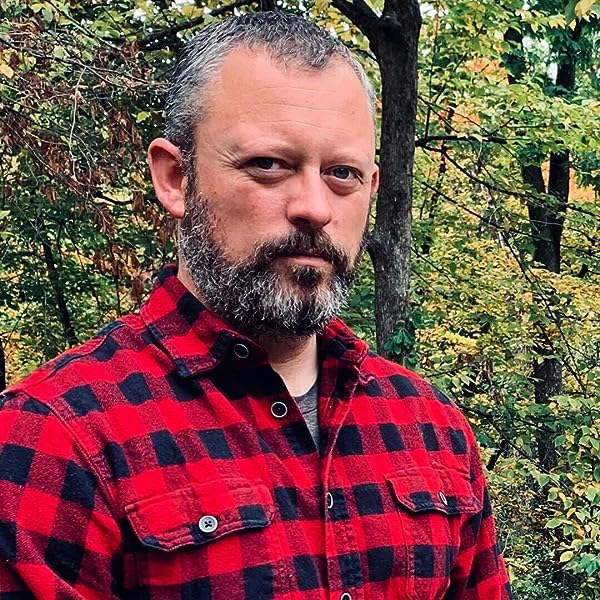 The northern border of Minnesota is wooded and laked, porous and largely unguarded, a gateway for drugs and human trafficking. Crossers are considered a problem, especially lately, when a series of violent, unsettling murders sets the town of Witch River Falls on edge. Daniel Bridgewater just lost his job at the mine, so he has a mortgage to pay, a baby on the way, and not a lot of options.

When the Border Patrol announces a hiring initiative, sending in an application might seem like a no-brainer, but Daniel is half-white, half-Chippewa, and he feels all kinds of mixed-up about policing a border he doesn't fully believe in. But he has to support his family, so he resigns himself to the job, a divided self in a divided country. He soon finds himself torn between the conflicting forces of a local cartel and his fellow agents. Everyone seems to want to use Daniel, and when his family is kidnapped, he’ll have to become the monster to fight the monsters all around him in this story of geographic, cultural, and political division.

About the author
BENJAMIN PERCY is the author of six novels – most recently The Unfamiliar Garden (William Morrow) – three story collections, and a book of essays. He writes Wolverine, X-Force, and Ghost Rider for Marvel Comics. He is currently adapting Urban Cowboy into a series for Paramount Plus and he co-wrote the film Summering (a selection of the 2022 Sundance Film Festival). His fiction and nonfiction have been published in Esquire (where he is a contributing editor), GQ, Time, Outside, Men's Journal, the New York Times, the Wall Street Journal, and the Paris Review. His honors include the Whiting Award, the Plimpton Prize, two Pushcart Prizes, an NEA fellowship, the iHeartRadio Award for Best Scripted Podcast, and inclusion in Best American Short Stories and Best American Comics.

About the illustrator
Francesco Francavilla, an Eisner and Eagle Award winner and New York Times bestselling creator, is best known for bringing his signature neo-pulp style to the comics industry, from horror to superheroes and sci-fi. Francesco has worked on the acclaimed horror series Night of the Ghoul, Afterlife with Archie and Batman: The Black Mirror. He wrote and illustrated Will Eisner’s The Spirit, and is currently illustrating his own creator-owned The Black Beetle. In addition he works on movie poster art, cover art for movie and music albums, concept art and storyboards for film and TV, and editorial illustrations for a variety of books and magazines. Born and raised in Italy, he now lives in Atlanta, GA, with his lovely partner Lisa and their two cats.
Read more
Previous page
Next page

His is the author of six novels -- most recently The Unfamiliar Garden (William Morrow) -- as well as The Ninth Metal, The Dark Net, The Dead Lands, Red Moon, and The Wilding. He has published three books of stories -- Suicide Woods, Refresh, Refresh, and The Language of Elk. He is also the author of a book of essays -- Thrill Me -- which is widely taught in creative writing classes.

He writes Wolverine, X-Force, and Ghost Rider for Marvel Comics. He has also written for DC Comics, AWA Studios, and Dynamite Entertainment and is known for his celebrated runs on Green Arrow, Devil's Highway, Teen Titans, Year Zero, Nightwing, and James Bond.

He has written three, ten-episode audio dramas for Marvel. Wolverine: The Long Night was listed as one of the top 15 podcasts of the year by Apple and won the iHeartRadio Award for best scripted podcasts. His latest series, Old Man Star-Lord, was listed by Entertainment Weekly as one of the Top Ten Podcasts of the year and stars Chris Elliot, Timothy Busfield, Vanessa Williams, and Danny Glover.

His fiction and nonfiction have been read on National Public Radio, performed at Symphony Space, and published by Esquire (where he was a contributing editor for a decade), GQ, Time, Men's Journal, Outside, the Wall Street Journal, the Paris Review, Tin House, Glimmer Train, Ploughshares, Ellery Queen Mystery Magazine, Cemetery Dance, McSweeney's, and many other magazines and journals.

He co-wrote the film Summering with the director James Ponsoldt, and it premiered at the 2022 Sundance Film Festival. He and Ponsoldt are currently collaborating on a TV adaptation of Urban Cowboy for Paramount+.

Learn more about him at www.benjaminpercy.com.

Ben Brown
4.0 out of 5 stars Good, grisly fun.
Reviewed in the United States 🇺🇸 on September 12, 2022
Verified Purchase
As short horror stories go, Benjamin Percy’s “North Border” is – to put it bluntly –a mean little novella, one that manages to pack a disturbingly impressive amount of gore, viscera, and…well, let’s just say OTHER stuff… into its (mercifully?) brief 99 pages. It’s also, for all its grisliness, quite a bit of gross-out-fun fun, especially for those who don’t mind their horror with a side of button-pushing. It’s definitely not going to be to everyone's tastes, but if you’re looking for a quick read that’s almost certainly going to provoke, “North Border” will almost certainly hit the spot.
Read more
Helpful
Report abuse
See all reviews

Cameron
5.0 out of 5 stars SUPER SATISFYING!
Reviewed in Canada 🇨🇦 on July 8, 2022
Verified Purchase
Listen, you want a good werewolf read, this is a GOOD werewolf read! The book was engaging, the characters were awesome and the atmosphere was daunting. PLUS the artwork was hype! 100% recomend!
Read more
Report abuse
See all reviews
Report an issue
Does this item contain inappropriate content?
Report
Do you believe that this item violates a copyright?
Report
Does this item contain quality or formatting issues?
Report