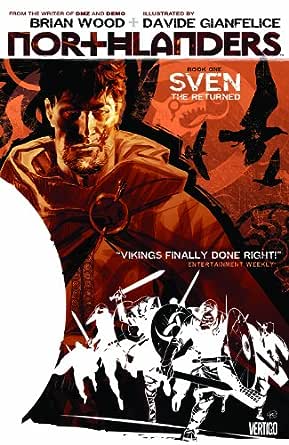 You've subscribed to Northlanders! We will preorder your items within 24 hours of when they become available. When new books are released, we'll charge your default payment method for the lowest price available during the pre-order period.
Update your device or payment method, cancel individual pre-orders or your subscription at
Your Memberships & Subscriptions
There was an error. We were unable to process your subscription due to an error. Please refresh and try again. 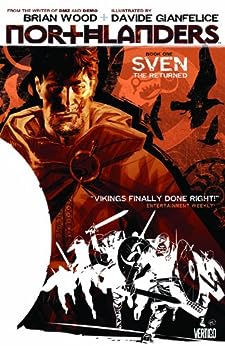 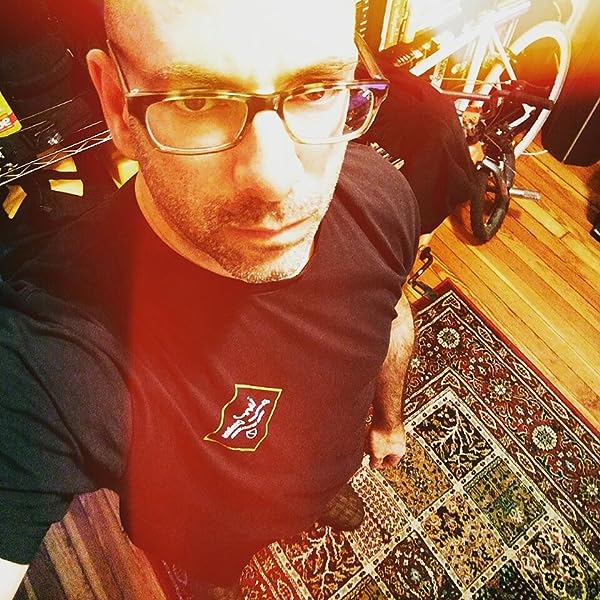 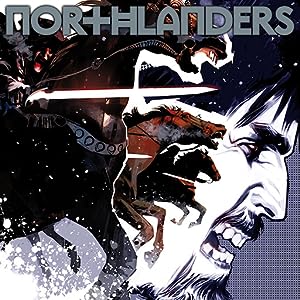 K. W. Schreiter
5.0 out of 5 stars Collects first eight issues of this excellent DC/Vertigo series
Reviewed in the United States on July 22, 2009
Verified Purchase
This trade paperback collects Issues #1-8 of the DC/Vertigo series "Northlanders" written by Brian Wood and illustrated by Davide Gianfelice, and first published in December 2007. Wood is known to many comic book fans from his acclaimed series "Demo", "Local" and "DMZ". These first eight issues of the series comprise the "Sven the Returned" story arc set in Viking culture circa 980 A.D, centering on a self-exiled Viking warrior who returns home to claim his birthright from his usurping uncle. Wood and Gianfelice portray the bleak, often violent grimness of common Viking life with a simple plot and strong characters and imagery. I read this trade paperback in one evening and have started reading the monthly Vertigo series. Amazon's current $10 price for eight full issues offers further motivation to buy this book.
Read more
One person found this helpful
Helpful
Comment Report abuse

learneddres
5.0 out of 5 stars Long time coming but but great read!
Reviewed in the United States on July 7, 2011
Verified Purchase
I have been hearing about this series for a long time and have avoided getting into it. This is regrettable since I love the sword and sandals genre. I did not believe that a grimy pop take on Vikings could hold my attention I mean not every can be Frank Miller right? I am glad I was absolutely wrong. When I read that this series was cancelled and looked at the visuals I said I had to try this series out and at ten bucks could not hurt. This first volume is impressive and for a trade paperback that is 200 pages long it still feels taut and minimalist in its approach.
This is not just masterfully written for a graphic novel but really good for any kind of pulp fiction. I agree that the protagonist is not likeable and maybe the storyline is not truly original but that is why this is so shockingly good. This is a story and a character we have seen before but not necessarily told this way. Sven is ultimately more interesting and just plain cool than many a hero or anti-hero as well. A character progression that feels classic old school(in a good way) but is presented in a modern language and psyche that fits authentically with the time period backdrop of the story. The art and coloring just quality. The visuals make the story pop in a graphic style that is clean,gritty, and stylish. For a tale set in ancient times the visuals have a very urban visceral feel to it. What Brian Woods has done may not appeal to all and I must warn this book has mature visuals so this is not meant for the general public. This however is just good art and original work.This is one of those rare intelligent well executed adult graphic novels. For those willing to immerse themselves in the story it is also thought provoking with a message that is unset tilling but meaningful!

Cai Yixin Jeremy
5.0 out of 5 stars Northlanders: Sven the Returned
Reviewed in the United States on January 17, 2009
Verified Purchase
This is the first story arc of Brian's latest comic series, Northlanders, which is, as Brian stated, a "nihilistic crime saga."

There's plenty of killing in this one. Sven, our protaganist, returns to his homeland, in Orkney, with one objective in mind, to reclaim his inheritance and then leaving Orkney forever. But Gorm stands in the way, having stolen Sven's birthright.

His heritage was mocked by his own people and he no longer had faith in his own lands. So, he has decided to become a sort of self-made man. A man of battle and of lust and of passion. He ended up in Constinople, in the great city of Miklagard. It was there that he grew and matured into the man he is now. This story is about his struggle and his pain. And along the way, he finds his past coming back to bite him in his ass.

Plenty of sympathetic characters in here, from Sven's past and present. It's almost heart breaking sometimes to turn these pages. The characters are so desperately torn, either physically or emotionally. You will find yourself thinking alot about them, not just in relation to the plot, but as people, real people. You will sympathise with their broken history and that's what I think Brian is very good at. He makes us care.

And when you care about the characters, you will inevitably care about the lands these people live in. Their culture, their lifestyles, their predicament. That's the beauty of this book. Plus, the battle scenes are awesome.

One thing to note is that these pages contain some very graphic scenes that even I can't shake from my mind easily. very graphic stuff.

Get this book. Vikings in a good morality tale? It doesn't get better than that.

Scott R.
5.0 out of 5 stars Excellent storytelling and Norse action in graphic novel format
Reviewed in the United States on August 25, 2013
Verified Purchase
Unlike the other "reviewer" I do understand comic books, I did purchase this book, and I enjoyed it immensely. Northlanders Vol. 1 is unique, telling a historically researched tale about a man who could've been real, Sven. The son of a ruler of a tiny Viking village, Sven traveled the world before returning home to a sad state of affairs, his overbearing and superstitious uncle having usurped control. Sven is a more modern man (having lived and fought in Constantinople) and must fight not only his uncle's warriors but also the old beliefs holding back his people. Richly illustrated, this book is a study of a man coming to grips with what home really means to him and how best to fight for its ideals. Interestingly the language is modern with curses and idioms, and the squeamish should be aware that there is plenty of bloody action.
Read more
Helpful
Comment Report abuse
See all reviews

Callum
5.0 out of 5 stars Great comic.
Reviewed in the United Kingdom on June 25, 2013
Verified Purchase
I really enjoyed this comic book, the artwork was really good and very evocative. The main character of Sven was pleasingly complex and not an outright hero but hes not a villain either. Id recommend this to anybody who is interested in the vikings. Its not historically accurate but I think people should just get over it, its a comic book at the end of the day not a history book.
Read more
Report abuse

Mr. Robert Griggs
4.0 out of 5 stars Worthy of your time
Reviewed in the United Kingdom on May 23, 2010
Verified Purchase
An interesting take on the vikings - the artwork is excellent and although the writing occasionally lets it down, it is definitely worth a read.
Read more
Report abuse

Ne0nNightmare
5.0 out of 5 stars Stunning
Reviewed in the United Kingdom on August 2, 2010
Verified Purchase
Picked this up at my local library, sucked in by the cover art (and also the fact that I love the author's other series; DMZ).

As the other reviewers have noted, the story is fantastic, and gives a brilliant insight into the lives and times of the vikings. The artwork adds to this amazingly, bringing battle scenes to life in vivid colour and graphic detail, or conjouring up bleak, atmospheric images of the landscape.

I enjoyed reading this immensely, was disappointed when it finished and will be buying the whole series asap! I would 100% recommend that everyone check it out.
Read more
2 people found this helpful
Report abuse
See all reviews