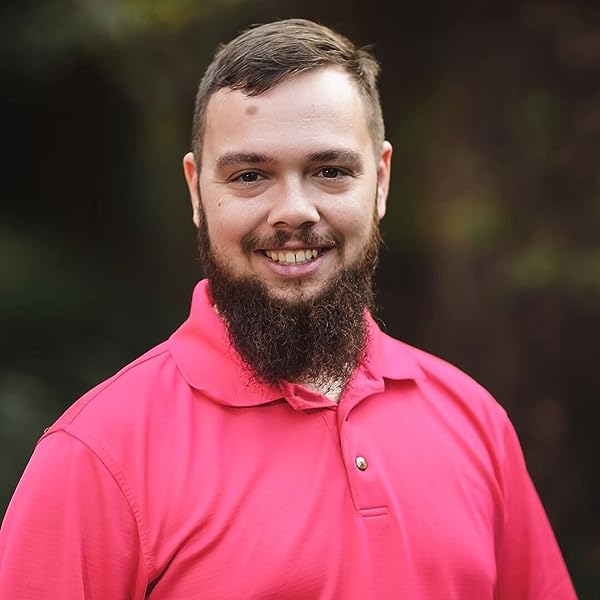 by Tyler B. Wittkofsky (Author)
4.8 out of 5 stars 23 ratings
See all formats and editions
Sorry, there was a problem loading this page. Try again.
(Not) Alone is the story of Henry Hovishky, a recent college graduate who is exploring life one step at a time. Already in his young career, he is the winner of multiple awards and recognitions. He is soon to be married to the girl of his dreams. His best friends are more than friends, they’re family. His family supports him and raises him up. And yet, he can’t help but to feel alone. How can someone who seemingly has everything be so alone? Everything seems to be great in his life on the outside, but this story shows the truth of Henry’s life. He struggles with depression, anger issues, severe anxiety, and bipolar disorder. With so many successes in his life, he still fights an uphill battle every day.
Read more
Previous page
Next page

If you are struggling with these issues yourself, this book may includetriggering events and moments. You may want to consider reading it with yoursafe person.

I encourage struggling readers to reach out to a parent, friend, schoolcounselor, an adult they trust, your safe person.

(Not) Alone is the story of Henry Hovishky, a recent college graduate who is exploring life one step at a time. Already in his young career, he is the winner of multiple awards and recognitions. He is soon-to-be married to the woman of his dreams. His best friends are more than friends, they're family. His family supports him and raises him up.

And yet, he can't help but to feel alone. How can someone who seemingly has everything be so alone? Everything seems to be great in his life on the outside, but this story shows the truth of Henry's life.

Growing up, his grandmother was a high school English teacher, assistant principal, principal, and later his elementary school principal. She encouraged his creative writing style and helped him to grow into the writer he is today.

He spends much of his time volunteering for nonprofits and giving his time back to the youth in his community. He was named one of Brunswick County's Future 10 in 2017 and the North Brunswick Chamber of Commerce's Young Professional of the Year in 2018 for his passion for helping others discover the jewel that is Northern Brunswick County.

He currently resides in Leland, North Carolina with his fiancé Grace and dog Dutch.
Read more

Tyler Wittkofsky is a multi-genre author, blogger, award-winning marketing and communications professional, and fierce mental health advocate from the southern coast of North Carolina. Tyler has been writing short stories for as long as he can remember. Growing up the grandson of an English teacher, Tyler had a constant fuel to his creative fire in his grandmother.

He started writing poetry in 2012 to cope with his mental health struggles with anxiety, bipolar, and depression. Using poetry as an escape, he developed a unique style of poetry that has left readers saying, “Tyler’s voice is compassionate, even while suffering, and I felt the despair and loneliness seeping out through his words.” His first poetry collection, Coffee, Alcohol, and Heartbreak, composed of poems written from 2012 to 2016, was published in March 2020.

He began his first novel in 2019. The novel, (Not) Alone, was a story based on true events surrounding the struggles of living with mental illness. Described by readers as “An Intimate Closure with Mental Illness,” this began Tyler’s revitalized passion for mental health. He decided that his writing would have a focus on mental health.

In 2020, Tyler began writing short stories. He was accepted into several anthologies in mid-2021, expected for publication in early 2022. He also writes supernatural horror and historical fantasy for the online magazines In the Pantheon and In the Crescent. He has work published through Five Minute Affairs and The Mighty as well.

He built his website www.TeaButWithCoffee.com in 2021. On this site, he started his blogging journey. He began writing book reviews, interviewing indie authors, and writing on mental health. This passion sparked a new desire to connect with more people. Tyler is also hosting a podcast, Back Porch Parley, with his long-time friend Matt. He is also in the beginning stages of another podcast.

Tyler currently resides in Leland, North Carolina with his wife Grace and dogs Dutch and Belle.

M. E. A.
4.0 out of 5 stars A unique and insightful read!
Reviewed in the United States 🇺🇸 on November 10, 2020
Verified Purchase
(Not) Alone is a unique glimpse into the mind of a young man struggling to find love and acceptance while dealing with his mental illnesses.

I found Henry to be a refreshing character. His viewpoints and reactions felt very real and I applaud the author for taking the plunge and writing about a topic that is generally avoided.

I feel that everyone can relate to Henry in certain ways whether they have been diagnosed with a mental illness or not. He suffers with many insecurities and anxieties that a lot of us face, but he is always surrounded by the people who love him and support him, helping him find his way in the world no matter how often he pushes them away.

I loved the main theme of support and acceptance throughout the book. It’s so easy to feel alone in this word and Henry reminds us that we are never as alone as it seems. I wish this story had gone a bit more in-depth in certain areas, but overall it was a great read.
Read more
One person found this helpful
Helpful
Report abuse

Regina Ann Faith
5.0 out of 5 stars A Novel That Centers Around Mental Illness And The Support Of Others.
Reviewed in the United States 🇺🇸 on April 3, 2020
Verified Purchase
I loved this story. I liked how the reader got a glimpse in each chapter of the important people in Henry’s life all supporting him through the onset of his mental illnesses. I love how the author
give vivid descriptions of places, sights and sounds in the story, I could imagine them as I read throughout the book. I also love how supportive both Henry’s mother, step-dad, grandparents, friends and fiancée’ are towards him with his mental illnesses. I feel that support is a major theme overall. Anyone dealing with mental illness wants to know at the core of everything that they are loved and supportive in spite of what they have to battle on a daily basis. I recommend this book to get a glimpse into how people deal with mental illness, as in what it’s like to live with a mental illness/es and how having the right support system will help you have the confidence to overcome the battles you face everyday, and want to take that step towards healing.
Read more
2 people found this helpful
Helpful
Report abuse

Lillian Rhaine
5.0 out of 5 stars Informative Read
Reviewed in the United States 🇺🇸 on January 24, 2021
Verified Purchase
I read the book because I wanted to see how the stigma of mental health issues would be written. The book talks above various disorders in the form of a story, where the main character is a young man named Henry. For me, it was very relatable with the talk of racing thoughts that were irrational. The ending of the book really wrapped up everything and reminds us that we are in control of our feelings and thoughts.
Read more
Helpful
Report abuse

charlie
5.0 out of 5 stars I highly recommend giving it a shot!!!
Reviewed in the United States 🇺🇸 on May 31, 2020
Verified Purchase
I've taken my time and waited to review this because I didn't know how too explain how much i loved this book. It Was a look into the life of Henry, a surprisingly relatable guy (almost like I can see myself as henry) going threw some life changing issues. I got very invested in all the characters in the book. i can definitely say I will be reading it again in the future. Definitely worth buying and enjoying!!
Read more
One person found this helpful
Helpful
Report abuse

Glenn E Smith
5.0 out of 5 stars Thoughtful read.
Reviewed in the United States 🇺🇸 on May 7, 2020
Verified Purchase
With so much good going on, why can't Henry be happy? Delve into a mind that struggles and fights itself daily. (Not) Alone will leave you wondering what's really going on in that person's head who just smiled at you and seems to have everything.
Read more
One person found this helpful
Helpful
Report abuse

Connie Vaughn
5.0 out of 5 stars No holds barred look at mental illness and one man's journey to overcome.
Reviewed in the United States 🇺🇸 on September 11, 2019
Verified Purchase
This book is a gloves-off, pull no punches look at one man's diagnosis and battle with mental illness that will make you stop and think. The contrast of the depths of pain, fear and despair with the beautiful feelings of love and family support make this book a true page turner.
Read more
2 people found this helpful
Helpful
Report abuse

Amazon Customer
5.0 out of 5 stars Powerful!!
Reviewed in the United States 🇺🇸 on April 19, 2019
Verified Purchase
(Not) Alone is a powerful book about the authors account on mental health issues, It speaks of the character Henry Hovishky & his life dealing with anxiety & bipolar depression. This is a very emotional & powerful book.
Read more
4 people found this helpful
Helpful
Report abuse

TANYA SIMPSON
5.0 out of 5 stars Wonderful book to read!
Reviewed in the United States 🇺🇸 on April 26, 2019
Verified Purchase
This book was wonderful! Very will written and hard to put down once you start reading! I especially liked the ending!
Read more
5 people found this helpful
Helpful
Report abuse
See all reviews

Becky S (UK)
5.0 out of 5 stars Heart breaking journey through mental health
Reviewed in the United Kingdom 🇬🇧 on January 18, 2021
Verified Purchase
The way the author takes us through the journey of Henry's struggles with Mental health is so touching and heartbreaking
This book reduced me to tears
I just wanted to hug Henry so tight
This book is well written and I highly recommend it
Read more
Report abuse
See all reviews