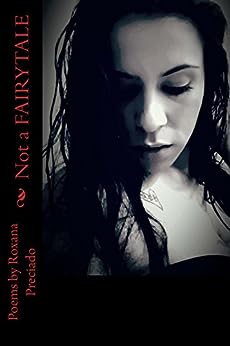 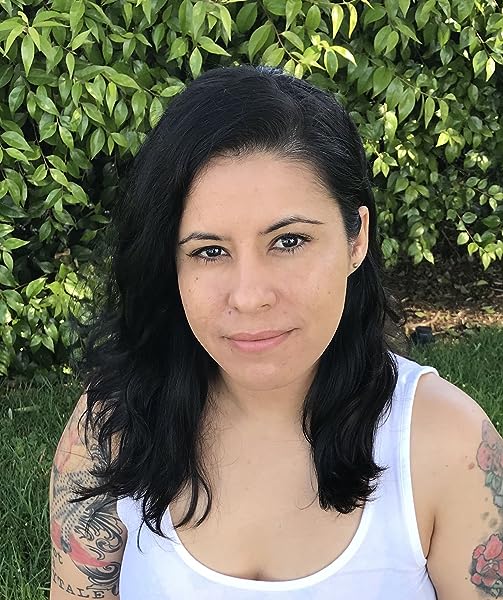 Not a FAIRYTALE Kindle Edition

"Let's begin this review of Not a Fairytale by asking if it's not afairytale, then what is it? Essentially, it's a rare form of memoir, nottold as a story with characters and dialogue, but as a poem based,as many memoirs are, on the journals of Roxana Preciado.Journalling is always advised for those who suffer from deeplyburied pain caused by severe trauma. Often, such trauma and painoccur in childhood, and too often it's the result of parentalabuse...be it physical, sexual or mental. As Roxana tells us in thepreface, that abuse began with her cold and distant mother, andseveral of the poems, beginning with the first one in Not a Fairytale,address this chasm between mother and daughter:
Mama, mama
Do you love me?
You are silent
You do not say
Mama, Mama
Please say you do
Cause I'm in pain
And I love you.
Such simple words! Yet, how many children have thought the sameand never received an answer, even as adults? So as Roxana poursout her heart and soul in the pages of Not a Fairytale, about thephysical, mental and sexual abuse she endured, about her full-blowndrug and alcohol addiction by the age of 15, and the totalrejection by her mother when she told her she was a lesbian at age16, readers will fully understand the pain, sarcasm, even vitriol thatpepper many of her poems:
I am your pet in a fishbowl but I can't swim
I beg and plead for you to free me
But you love to see me, you even feed me
You keep me alive just in case you might need me.
How useless and unwanted can a person feel? And how many of usgo through our adult lives feeling like that pet in a fishbowl?Roxana's poetry does what good writing should: it gives a universalapplication or message to an individual experience.
Many of the poems are sexual, but not gross or graphic. They arehonest, real, raw and beautiful. And best of all is where this poetrytakes the reader by the end of the collection: to Roxana'srealization that she alone can fix herself by choosing to live in herpresent and chart her future by putting the past where itbelongs...in the past. She examines her journey toward thisrealization in the longer poem titled "Identity Crisis" where sheanalyses the many hats she wears and tries to find her true self.She rails against the many labels people and life have pinned onher in the poem "Fuck your Labels" when all she wants is to loveherself. She once again takes her mother to task when she writes:
I love you dear mother
But I will never be the daughter that you need
You took too much away from me
I am almost empty
But thankfully, for Roxana Preciado and those readers who willidentify with her battles and heartaches...and there are many ofus...her cup is half full, not half empty. That's why today she isrecognized as both a poet and activist. Roxana Preciado has madea wonderful comeback from hell. Not a Fairytale assures readersthat they can do the same"
-Reviewed By Viga Boland for Readers' Favorite

Roxana Preciado was born in Jalisco, Mexico and at the age of four she immigrated to the United States. She now lives in Los Angeles, California with her wife Marlene Preciado and their son Skylar Preciado. Recorded in her poetry book is her story throughout the years, one of tragedy, endurance, and harsh realities. She has been writing poetry since the age of twelve and is currently working on a book about her life. --This text refers to an alternate kindle_edition edition.

Andrea Sanchez
5.0 out of 5 stars Inspiring
Reviewed in the United States on April 24, 2019
Verified Purchase
I am currently reading this as an assignment but was very eager since I love poetry. These poems speak from so much depth, pain, and the growing of a person. It is an absolute beautiful read. This book definitely deserves more recognition, but regardless, it is a great book and what I consider beautiful poetry.
Read more
Helpful
Report abuse
See all reviews
Back to top
Get to Know Us
Make Money with Us
Amazon Payment Products
Let Us Help You
EnglishChoose a language for shopping. United StatesChoose a country/region for shopping.
© 1996-2021, Amazon.com, Inc. or its affiliates