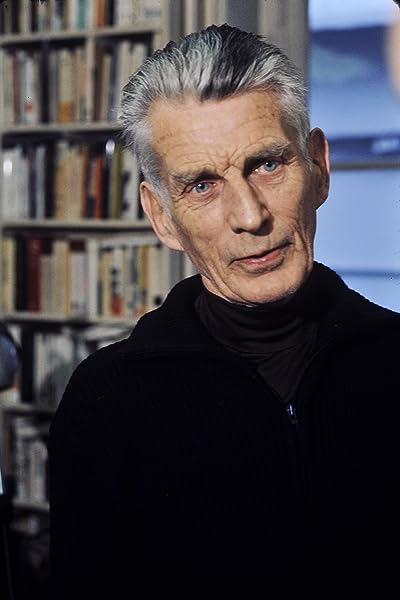 by Samuel Beckett (Author)
4.5 out of 5 stars 2 ratings
See all formats and editions
Sorry, there was a problem loading this page. Try again.
Previous page
Next page

Samuel Beckett was born in Dublin in 1906. He was educated at Portora Royal School and Trinity College, Dublin, where he graduated in 1927. His made his poetry debut in 1930 with Whoroscope and followed it with essays and two novels before World War Two. He wrote one of his most famous plays, Waiting for Godot, in 1949 but it wasn't published in English until 1954. Waiting for Godot brought Beckett international fame and firmly established him as a leading figure in the Theatre of the Absurd. He received the Nobel Prize for Literature in 1969. Beckett continued to write prolifically for radio, TV and the theatre until his death in 1989.

darragh o'donoghue
3.0 out of 5 stars A useful exercise to read before you see it on stage.
Reviewed in the United States 🇺🇸 on February 7, 2001
There is no way that reading this play can come close, even in imagination, to approximating the strange theatrical experience. A mouth, just a mouth, suspended some feet above the stage, gabbles at speed for about fifteen minutes, as a woman, although claiming it is 'Not I', tells her life story of silent emotional repression finally released in ceaseless logorrhea, like one of Joyce's passive Dubliners finally shrieking. This verbal onslaught is counterpointed by a silent auditor figure and his physical gestures. Reading the play is very useful, however, just so you can get some idea of what the woman is saying if you ever do get a chance to see it performed.
Read more
4 people found this helpful
Helpful
Report abuse
See all reviews