You've subscribed to Stone River! We will preorder your items within 24 hours of when they become available. When new books are released, we'll charge your default payment method for the lowest price available during the pre-order period.
Update your device or payment method, cancel individual pre-orders or your subscription at
Your Memberships & Subscriptions
There was an error. We were unable to process your subscription due to an error. Please refresh and try again. 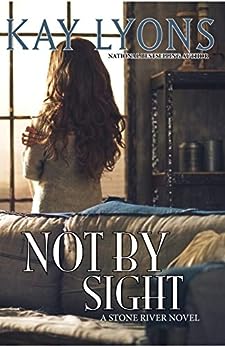 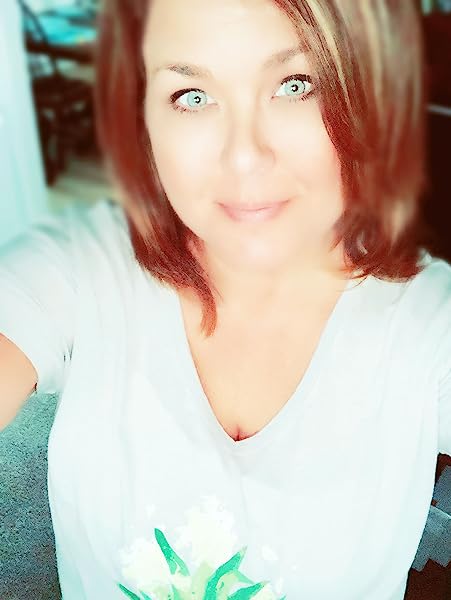 An Amazon Book with Buzz: "Punch Me Up to the Gods" by Brian Broome
"One of the most electrifying, powerful, simply spectacular memoirs I—or you— have ever read." —Augusten Burroughs Learn more
Books In This Series (7 Books)
Complete Series 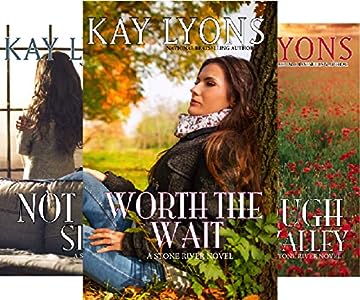 Kay Lyons always wanted to be a writer, ever since the age of seven or eight when she copied the pictures out of a Charlie Brown book and rewrote the story because she didn’t like the plot. Through the years her stories have changed but one characteristic stayed true— they were all romances. Each and every one of her manuscripts included a love story.  Published in 2005 with Harlequin Enterprises, Kay’s first release was a national bestseller. Kay has also been a HOLT Medallion, Book Buyers Best and RITA Award nominee. Look for her most recent novels with Kindred Spirits Publishing.  For more information regarding her work, please visit Kay at the following: www.kaylyonsauthor.com @KayLyonsAuthor (Twitter)  Kay Lyons Author (Facebook) Author_Kay_Lyons (Instagram)  Kay Lyons, Author (Pinterest)   SIGN UP FOR KAY’S NEWSLETTER AND RECEIVE FREE BOOKS, UPDATES ON NEW RELEASES, CONTESTS, PRE-RELEASE BOOK INFORMATION, EXCLUSIVES AND MORE!   --This text refers to the paperback edition.

4.5 out of 5 stars
4.5 out of 5
732 global ratings
How are ratings calculated?
To calculate the overall star rating and percentage breakdown by star, we don’t use a simple average. Instead, our system considers things like how recent a review is and if the reviewer bought the item on Amazon. It also analyzes reviews to verify trustworthiness.
Top reviews

BA ND Reading is my super power. I make the world disappear!
3.0 out of 5 stars Not By Sight same as Blind Man Bluff
Reviewed in the United States on April 28, 2019
Verified Purchase
This book was a fairly decent story. A bit out of the ordinary and no cliff hanger which is always a plus.

Now imagine my surprise when I went checking for other books by this author and came across BLIND MAN BLUFF a STONE CAP MOUNTAIN NOVEL which turned out to be the same story as NOT BY SIGHT which is a STONE RIVER BOOK 2 book.

Not sure what to make of that except to say it put a damper on me searching for other books because I feel a bit of a let down with that type of maneuver.

I have carried out further research and realize that the maneuvering has continued throughout both series so I will not purchase any more books by this author.

TB
1.0 out of 5 stars Not for me
Reviewed in the United States on October 6, 2018
Verified Purchase
This was way too sweet. I was halfway through before I realized what a Christian book it was. Obviously Christian books are great for some people, but I wished I'd known how sweet, chaste and religious it was.
Read more
48 people found this helpful
Helpful
Report abuse

DMO
4.0 out of 5 stars A good read
Reviewed in the United States on June 21, 2015
Verified Purchase
This is a clean romance with a light Christian thread. I was surprised to find out that this book (the entire series actually) was previously released as a secular romance containing adult material. It does however explain some of the formatting glitches. In several places spaces between words are missing. Also there is no warning for time, place or point of view changes. An extra line between paragraphs with or without a decorative symbol between, helps the mind subconsciously anticipate a change. I found the flow repeatedly interrupted as I readjusted to the who, when and where of a sudden change. It's not confusing or hard to follow and it doesn't effect the storyline. But the catching up moment does effect the reading experience.

The storyline is interesting and has constant movement to keep your attention. The characters are well drawn and conversation flows naturally. Faith is shown through life choices and habits. The reader is not preached at.

I loved the attitude of the female protagonist. Blind at age fourteen she pushed to be able to do anything and everything she could and many things people thought she couldn't. Her attitude reminds me of my friend Jessica Cox who was born without arms yet holds a third degree black belt in ti-Kwan-do and is the only person without arms to ever get a pilot's license.

I enjoyed the book and will add it to my reread collection. I recommend this book.
Read more
51 people found this helpful
Helpful
Report abuse

Kathleen C. M.
4.0 out of 5 stars Not bad, but...
Reviewed in the United States on April 10, 2019
Verified Purchase
This story was free and had some truly interesting aspects, but with a lot of Stuff thrown in to set up the dynamics of the side-characters for rest of the series. The writing and dialog flowed well and the personalities of the H & h were well-drawn, but the identity of the "bad guy" was pretty obvious early-on, so the random story-elements that are meant to keep you "in the dark"(!) just seemed to go on and on. (Several reviewers mentioned format & editing problems, but those seem to have been resolved.) More could have been made of training the dogs, since that was an important part of the plot.

The main problem is hard to spot in its absence, but another reviewer mentioned that these books had been previously released as a secular series with adult content that has now been cut out, with "religious" references pasted in that don't quite work in the plot. Just as adding canned chop-suey vegetables to leftover corned beef doesn't taste *bad* (trust me on this - italics needed here;-) but does not make it Chinese, calling these wandering souls "Christian" because they say words like "God" and prayer" and apparently go to church all the time doesn't make it ring true. (Though our main female character Emma does have a certain strength and clarity about her that suggests a spiritual grounding, so I might believe it of her.) IF the author had re-written the entire point of the story into an "I am the Light in Your Darkness" theme, that could have worked as a religious angle (- not for me, but many people would love that.) As it is, I might read further stories in this series if they were on KU - possibly one or two if they were $.99 - but for $2.99 & $3.99 each, I think not. It might be interesting to read the original version, just for comparison.
Read more
6 people found this helpful
Helpful
Report abuse

Glynn Young
TOP 1000 REVIEWERVINE VOICE
4.0 out of 5 stars Heartwarming story about a sudden disability
Reviewed in the United States on November 20, 2019
Verified Purchase
Navy SEAL Ian MacGregor thought he was helping his brother Duncan out when saved a kidnapped girl, but Ian was shot. During the surgery that followed, a blood clot went to his head, and now Ian is blind, frightened, and embittered.

Duncan turns to Bruce Dibbs, a family friend, for help. Dibbs suggests hiring his niece, Emma Wyatt, who works as a waitress in her father’s diner. Duncan can’t imagine what a pretty, 28-year-old waitress could do to help his binge-drinking and angry brother, until Dibbs points out what Duncan didn’t notice about the young woman.

She’s blind, too. When she was 14, an automobile accident killed her mother and left Emma without sight.

Duncan agrees, and offers Emma enough money for her to realize her dream of opening an animal shelter. But working with Ian is no walk in the park. Slowly, Emma begins to bring Ian out of himself. He discovers he’s falling in love with her, but how can he offer love to a woman he can’t protect?

“Not by Sight” by Kay Lyons tells the story of Ian and Emma. It is the first of seven books in Lyons’ Stone River series, described as “sweet and clean romances.” Lyons has another series in the same category, Secret Santa. Under the name Ivy James, she’s published 11 “slightly sexier” romance stories.

“Not by Sight” is a heartwarming story about a man struggled with a sudden disability, a young woman who doesn’t let blindness stop her even as she experiences its limitations and problems, and how they eventually come to help each other.
Read more
One person found this helpful
Helpful
Report abuse
See all reviews

TinaT
5.0 out of 5 stars A lovely romance
Reviewed in the United Kingdom on September 8, 2019
Verified Purchase
Wow this book is lovely. Ian is a strong protective man whose job has made him who he is, but tragedy strikes and he looses his sight making him a very depressing character. Emma has been blind since a tragic car accident where she lost her mom, but she’s learnt to adapt to her life and is trying to be independent. Can she help Ian come to terms with his new life?
I loved this read, it was beautiful, great story, plot and I loved the characters. There is angst, a twist and turn, I did guess who the bad character was but this read had me crying, smiling and I couldn’t put it down. A very sweet romance which is very PG but lovely.
Read more
Report abuse

Whizz
1.0 out of 5 stars Same story as Blind man's bluff
Reviewed in the United Kingdom on September 5, 2019
Verified Purchase
Blind man's bluff with a different title. :(
Already got that one and nowhere was an indication that its exactly the same book.
Read more
3 people found this helpful
Report abuse

amanda clark
3.0 out of 5 stars Not really my thing
Reviewed in the United Kingdom on September 10, 2019
Verified Purchase
Started good then went all fluffy. Too Christian for me which might be wonderful for Christians I just didn’t need all the praying and references to God. But nauseating after a while. Must’ve missed that on the book blurb. Ending felt rushed and too easy. Guessed from nearly the beginning.
Read more
Report abuse

Khandikane
5.0 out of 5 stars omg! Fantastic!
Reviewed in the United Kingdom on August 18, 2020
Verified Purchase
I was on a spa break and in need of some light relaxing material, this popped up and i liked the premise so I bought. I couldnt put it down! I read in just 90 mins and im now hooked! I need the rest of the series! So now im home here is my new box set to get stuck into
Read more
Report abuse

Rosie
3.0 out of 5 stars Interesting concept
Reviewed in the United Kingdom on September 16, 2019
Verified Purchase
A very interesting read. I’ve never come across a romance story about a blind person before let alone two. This book certainly made me think and appreciate my sight. I enjoyed the story and guessed who the real baddie was.
Read more
Report abuse
See all reviews