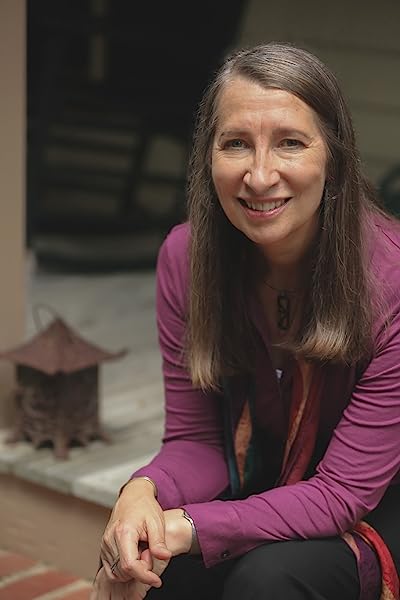 The Not So Big House: A Blueprint for the Way We Really Live Paperback – Illustrated, September 15, 2009

Sarah Susanka is one of the leading residential architects in the United States. Her first book, "The Not So Big House," topped best-seller charts in Home & Garden categories in its first year of publication. Susanka has appeared on the Oprah Winfrey Show, the Charlie Rose Show, and NPR's Diane Rehm Show. She is a former principal and founding partner of Mulfinger, Susanka, Mahady & Partners, Inc., the firm chosen by LIFE magazine to design its 1999 Dream House.

Kira Obolensky has written for print, film, and stage. She co-authored Sarah Susanka's national bestseller, "The Not So Big House. Kira's book, "Garage, was published in 2001. She has received a number of writing awards and fellowships, including the Kesselring Prize and a Guggenheim fellowship. She lives in Minneapolis.

4.2 out of 5 stars
4.2 out of 5
122 global ratings
How are ratings calculated?
To calculate the overall star rating and percentage breakdown by star, we don’t use a simple average. Instead, our system considers things like how recent a review is and if the reviewer bought the item on Amazon. It also analyzes reviews to verify trustworthiness.
Top reviews

Picky Reader
2.0 out of 5 stars Mission, Prairie, Arts and Crafts, Oh My!
Reviewed in the United States on December 5, 2018
Verified Purchase
Unless you are obsessed with the styles in the title of my review, this book won't help much. The theories are repeated ad nauseum, with no variety in how the points are illustrated. So how do you have a rustic/country/farmhouse/Early American not-so-big house? Or a French or Italianate? Or a "traditional" (whatever that means). Or Scandinavian. Or ADA? You get the drift: you have to use your imagination. Very disappointed, as we are downsizing and I was looking for pointers.
Read more
7 people found this helpful
Helpful
Comment Report abuse

Debra Brown
5.0 out of 5 stars Everyone Should Read this Series to Make a Cozy Home
Reviewed in the United States on September 3, 2020
Verified Purchase
The Not So Big House series is a huge aid in making a livable, pleasant home in a smaller house. Do we really feel good in a giant, high ceilinged room with straight metallic lines? Or in a cushioned window seat with an oak dropped soffit above? There are so many principles that Susanka brings out which just make "why didn't I think of that" design sense. She also has a book in the series on how to integrate your beautiful grounds into your home with a feel of living in both at the same time. How to design a meandering path to slow down your pace and increase your sense of peace. All of this series of books is amazing.
Read more
2 people found this helpful
Helpful
Comment Report abuse

Susan Cox
5.0 out of 5 stars Not So Big House Books are fun to read
Reviewed in the United States on February 4, 2014
Verified Purchase
I love all of Sarah Susanka's books. I especially enjoy the photography with before and after shots showing how small details can make a difference. This book is the first in the series. I enjoy Sarah's philosophy regarding having less square footage but incorporating more meaningful features. Sarah admits that the details do not make the house less expensive to build. We have used some of the book's concepts for decorating, arranging furniture, and paint colors. We have an "away room" as suggested by Sarah and I love it. It offers peace and quiet whereas the rest of our downstairs living space is open. In the past, I borrowed the Not So Big House books from our library but I love owning them. It is such a pleasure to own these books and I would recommend them them to anyone with an interest in home design.
Read more
4 people found this helpful
Helpful
Comment Report abuse

Eric
5.0 out of 5 stars A wonderful book!
Reviewed in the United States on November 15, 2019
Verified Purchase
I loved this book. It really focuses on designing spaces that work for you -- functionally and emotionally. So much of what you see these days is big and grand - designed to impress rather than live in. Susanka focuses on what works for you day to day, which is a breath of fresh air.
Read more
Helpful
Comment Report abuse

Again, the complaints of some reviewers focus really on area covered, rather than the real focus of the book: quality of life in one's living space. The book does say, in one example, that a couple with children moved from a 4,000 sq ft McMansion to a 2,500 sq ft house THAT WAS NOT MUCH MORE INEXPENSIVE than the 4,000 sq ft house -- in other words, it costs almost as much, even though it is only roughly 60% the size of their former bigger house. But, the point is, this book was giving ideas on how we really use rooms and areas of the house, so not only are the areas of use maximized, but also ENJOYED.

Spend on details like trimmings, lighting, etc... on details that count (to make it cozy, inviting, warm, or whatever effect one is after), instead of area, and instead of having just a big house, you end up with a LIVEABLE house.

And this is where this book shines: it shows examples (and comparisons of) big (and even impressive) rooms and houses that seem cold and uninviting, to a smaller area (again, smaller being relative) that is WELL DESIGNED, not to impress, but rather to be a place where one wants to be. And that is precisely what a home should be -- a place where one wants to be. The Not So Big House is really just another way of saying the HOME that is FOR YOU.

There are many examples of making basically small areas like the dining, living, kitchen, etc... and make it seem like one BIG area because of the lack of walls, and yet still make them separate (using lighting, ceiling height, etc) from each other. But, it looks bigger, even if it's really Not So Big.

This is an idea book, not a book about actual square feet (I really should be using square meters, because it's metric where I'm from, but anyway...). And, as an idea book on how to maximize space, and maximize quality of life in a house to make it a home, it deserves top props.

I rate this book 4.5 stars (not quite the 5 I gave), because even if this is the 10th anniversary edition, it could use more pictures/examples of the Not So Big lifestyle and designs, and how they all work.
Read more
21 people found this helpful
Helpful
Comment Report abuse

BrookD
3.0 out of 5 stars Good book, with lots of nice pictures
Reviewed in the United States on March 18, 2016
Verified Purchase
Good book, with lots of nice pictures. Two main problems: (1) many of the houses are actually pretty big and (2) its all a bit dated. Time for an update reflecting current design and construction techniques.
Read more
8 people found this helpful
Helpful
Comment Report abuse

William
5.0 out of 5 stars Awesom
Reviewed in the United States on January 29, 2019
Verified Purchase
Recommended by our architect and good book to study,
Read more
Helpful
Comment Report abuse

Simple Shopper
2.0 out of 5 stars Disappointing - No Real Usable Information
Reviewed in the United States on June 18, 2019
Verified Purchase
I did not find the information in the book something that I could use at our home.
Read more
Helpful
Comment Report abuse
See all reviews

Cecebe Girl
5.0 out of 5 stars A great book if you are planning to build or rennovate.
Reviewed in Canada on January 20, 2020
Verified Purchase
We have a copy of this and other Not So Big House books and we used them extensively when we built a cottage home and renovated another property. We also bought a copy of this book for friends who are starting the planning/design process before they build. Without the principles and ideas in The Not So Big House we wouldn't have the beautiful home we now have. I cannot recommend this book highly enough if you are planning to build or renovate. If you really pay attention to what the author says, you will save yourself a lot of money plus you'll get a home that really works for you and you'll enjoy living in it for many years.
Read more
Report abuse

M. Conlin
5.0 out of 5 stars Excellent
Reviewed in Canada on September 3, 2019
Verified Purchase
I love Sarah Susanka’s designs. She has a very interesting way of creating multipurpose spaces for better functionality in a house. This is not designing about tiny houses, this is about designing houses that use every space for a functional purpose. Not having wasted space or rooms that are rarely used.
Read more
Report abuse

Elizabeth Fish
5.0 out of 5 stars Excellent book
Reviewed in Canada on August 9, 2019
Verified Purchase
Plenty of practical ideas about how to make the best use of space and build a Not So Big, but very comfortable, home on a budget.
Read more
Report abuse

Toronto Cris
4.0 out of 5 stars Good starter book for small houses, dated
Reviewed in Canada on August 6, 2016
Verified Purchase
Second time I buy this book. I would have liked to see more 'modern' small concepts in there, but overall, a good book with good advice for designing small layouts. The images are dated now.
Read more
Report abuse

Hudson Isherwood
5.0 out of 5 stars Still great!
Reviewed in Canada on February 11, 2015
Verified Purchase
There are already so many great reviews of this book I don't need to add more but if you are interested in designing a home or working with what you have this really is full of great ideas.
Read more
Report abuse
See all reviews
Pages with related products. See and discover other items: not books, architecture styles, remodeling houses, the big island, big house