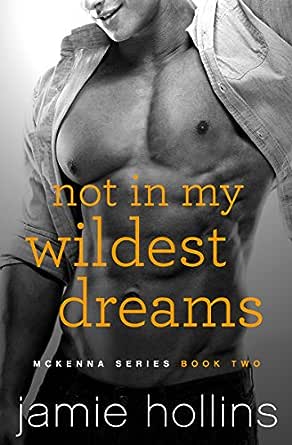 You've subscribed to McKenna Series! We will preorder your items within 24 hours of when they become available. When new books are released, we'll charge your default payment method for the lowest price available during the pre-order period.
Update your device or payment method, cancel individual pre-orders or your subscription at
Your Memberships & Subscriptions
There was an error. We were unable to process your subscription due to an error. Please refresh and try again. 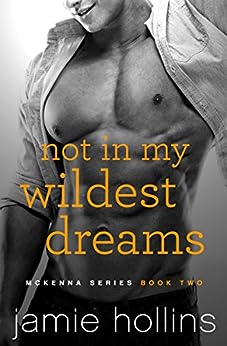 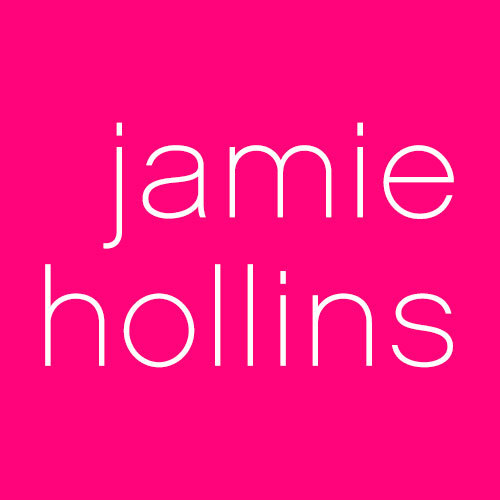 Not In My Wildest Dreams (McKenna Series Book 2) Kindle Edition 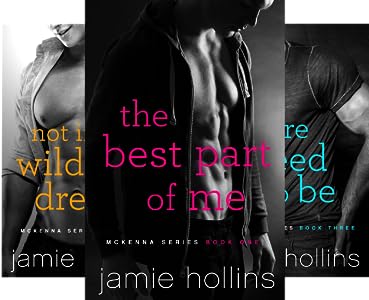 4.3 out of 5 stars
4.3 out of 5
38 customer ratings
How does Amazon calculate star ratings?
Amazon calculates a product’s star ratings based on a machine learned model instead of a raw data average. The model takes into account factors including the age of a rating, whether the ratings are from verified purchasers, and factors that establish reviewer trustworthiness.
Top reviews

Holy Hell!! Darcy Owens is a woman after my own curse word laden heart!!

Since she was ten years old, Darcy Owens has been in love with her best friend, Sean McKenna. For a decade, Darcy has sat aside and watched as Sean has dated his way through the greater Boston area without ever stopping to look and see the woman right in front of him. Knowing Sean is dense beyond belief, Darcy has satisfied herself with simply being his foul-mouthed, hilariously blunt, always there when he needs her, friend. Yeah, it sucks being friend zoned.

Sean McKenna is the consummate good time guy. If there’s a party to be found, a beer to be drunk, or a woman to be hit on, Sean is there. While he may play harder than most, Sean also works hard. Sean has dedicated his life to building his contracting company and making it nothing short of a roaring success. He works with a partner (who is also a mentor) and between the two of them, they are ready to tackle a huge, reputation making project. If Sean, his partner, and the company are going to pull this off, they’re going to need an interior designer and Sean just happens to know one.

When Sean brings Darcy into the hotel project he finally begins to see her as something more than his forever friend. Trouble is, he still isn’t quite seeing her as a woman, but as a girl who has some really cool skills he needs to get a job done well. It isn’t until another man on the project starts sniffing around Darcy that Sean finally opens his eyes and gets a mind-blowing look at the woman before him. What he sees scares the holy hell out of him and he must make Darcy his. All he must do is overcome several problems including: 1) Darcy’s emotion-laden speech laying out her precise feelings for him, 2) her not telling him about being a card-carrying member of the virginity club, 3) the whole “what if we wreck our friendship” problem, and 4) Sean getting the hell over himself, being a man, and owning up to his feelings for Darcy. Should be simple!

The Bottom Line: Darcy makes her big, bold, sassy presence known in The Best Part of Me and just rolls on in bigger, bolder, and sassier in Not in My Wildest Dreams. Since they were ten years old, Darcy and Sean have been perfectly paired. They have always been there for one another, always supported one another, but never crossed the line from friends to lovers. Darcy doesn’t push the issue until she is forced to and Sean is just too dense to see what’s right in front of him. Though the struggles these two go through aren’t pretty they sure do strengthen and solidify Darcy and Sean as a couple. In fact, I think as the series moves forward, these two are going to become the center of the group and I am all kinds of excellent with that scenario. Onward and upward, Jamie Hollins. I’m ready for the next book in the McKenna series.
Read more
Helpful
Comment Report abuse

JenniferD
5.0 out of 5 stars Great characters, witty dialogue, and incredible sex scenes
Reviewed in the United States on February 28, 2017
Verified Purchase
I can’t say enough good things about this book. It has everything—great characters, witty dialogue, and incredible sex scenes. Darcy is a wonderful heroine—someone I could see myself being friends with. I loved her mix of confidence and insecurity. I could identify with her thoughts and feelings regarding Sean. And speaking of Sean—he really made this book sparkle for me. He’s hot and hilarious, and oh, man, does he have it bad for Darcy. I love that he acts like a real guy—he doesn’t always say or do the right things, and he doesn’t always understand his feelings. I’ve read a lot of books lately where I had a hard time buying into a long-term HEA, but that wasn’t the case with Sean and Darcy. Together, Sean and Darcy have off-the-charts chemistry and genuine love between them. All in all, it was an emotionally satisfying read that made me laugh and tear up, and when it was over, I was sad to say good-bye to Sean and Darcy.
Read more
Helpful
Comment Report abuse

Kindle Customer
5.0 out of 5 stars A good read
Reviewed in the United States on February 23, 2018
Verified Purchase
This book was a good read, however I became overwhelmed by Darcy's insecurities and Sean lack of emotional awareness and insight to help Darcy deal with her dysfunctional parents. I thought the author made them appear to be empty and disconnected emotional.
Read more
Helpful
Comment Report abuse

readerP
5.0 out of 5 stars Exciting Book
Reviewed in the United States on August 31, 2017
Verified Purchase
This book was excellent! I didn't want to put it down. I loved the first book in the series, but this one was even better. I can't wait to read the 3rd book!
Read more
Helpful
Comment Report abuse

Beth Olson
4.0 out of 5 stars Playing the dirty dozen with girlfriends saying anything and everything
Reviewed in the United States on February 14, 2017
Can a friendship turn into a romance? Someone that you knew since grade school? Someone who meant everything to you? Darcy had one man in mind, and that man was Sean.

Playing the dirty dozen with girlfriends saying anything and everything. But once virginity card comes into play, Darcy passes on the answer. No one knew except her close friend and roommate that the sexy decorator was a twenty-eight year old virgin. She was holding out for the right guy. And she wished it was her lifelong friend, Sean. While working together on a project, they know they have chemistry. But should they cross that line? There are bumps in the road as they learn more about each other. With his sister that his parents put on a pedestal and her pure hatred for her parents. As time goes by, Darcy feels like the relationship is one sided. Her heart breaks. Sean eventually realizes that she is his counterbalance.

You have to be friends first and foremost to build a foundation. Darcy and Sean have that platform. They are strong together as a couple. I really liked Not In My Wildest Dreams. The story was well written and I'll be sure to check out this author again.
Read more
One person found this helpful
Helpful
Comment Report abuse
See all reviews from the United States