You've subscribed to The NOT Series! We will preorder your items within 24 hours of when they become available. When new books are released, we'll charge your default payment method for the lowest price available during the pre-order period.
Update your device or payment method, cancel individual pre-orders or your subscription at
Your Memberships & Subscriptions
There was an error. We were unable to process your subscription due to an error. Please refresh and try again. 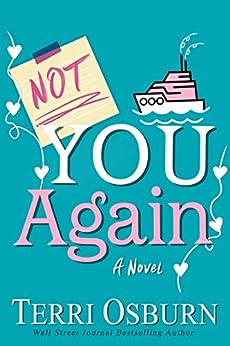 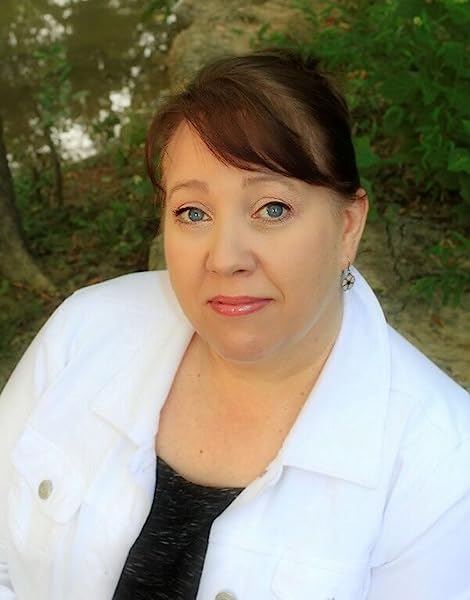 Not You Again (The NOT Series Book 1) Kindle Edition

by Terri Osburn (Author) Format: Kindle Edition
Book 1 of 3: The NOT Series
See all formats and editions
Sorry, there was a problem loading this page. Try again.
Read more Read less
Previous page
Next page 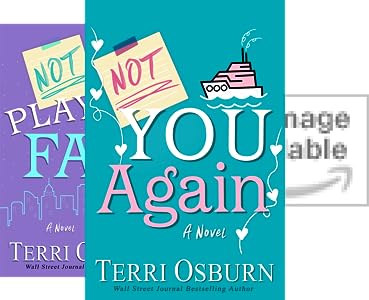 "Not You Again is hard for me to categorize. It's a sweet blend of romance, romantic comedy, and women's fiction with a satisfying HEA. It had me laughing out loud in parts, sobbing through multiple tissues in others, and sighing happily at the end. It's a story that touched me deeply. I've read everything Osburn has published and, for me, this ranks as one of her best." The Romance Dish

"This was one of the sweetest books that I ever read." Goodreads reviewer

"Oh boy, I went in thinking that this would be a sweet and funny story, and it is all that, but also so much more!" Goodreads reviewer

4.4 out of 5 stars
4.4 out of 5
249 global ratings
How are ratings calculated?
To calculate the overall star rating and percentage breakdown by star, we don’t use a simple average. Instead, our system considers things like how recent a review is and if the reviewer bought the item on Amazon. It also analyzes reviews to verify trustworthiness.

Dewsterling
2.0 out of 5 stars First Date Marriage Proposal
Reviewed in the United States on August 5, 2021
Verified Purchase
This review spoils the big reveal
.
.
.
You have been warned
.
.
.
SPOILERS GO!

The author does not strike a great balance in the tone of the book. What starts off as a series of ridiculous blind dates goes catastrophically sideways when the author brings out the big reveal about why the fmc is hesitant to start dating again. Her fiancé was murdered in a mass shooting the day before their wedding 2 years earlier. Why her friends and family are obsessed with her starting dating instead of, say, starting therapy is bizarre.

Plus, there is the fmc’s career. She is an event planner who handles weddings. If she was so traumatized by her fiancé’s murder the day before her own wedding that she cannot go on a simple blind date, how is she able to plan people’s weddings as a job?

Shortly before the big reveal the author trots out the concept that women owe men dates. There is no such thing as dating casually and a woman has to be ready to commit to any man who asks her out or she is guilty of stringing him along.

Laurie Reads Romance
4.0 out of 5 stars Enjoyed and would recommend
Reviewed in the United States on May 30, 2021
Verified Purchase
In "Not You Again" by Terri Osburn, overworked event planner Becca Witherspoon agreed to go on a series of blind dates set up by her best friends because they believed it was time for her to move on after the end of her engagement two years earlier. Becca had no intention of actually getting involved in a relationship, but she was tired of her friends nagging and worrying about her and figured that going on a few dates would be an easy way to get them to back off. Unfortunately, her first several dates ended in disaster with jack-of-all-trades Jacob Kim as a witness, and sparks ended up flying for Becca. Unfortunately, those sparks were with Jacob, not any of the men chosen by Becca's well-meaning friends.

Becca was a very likeable lead character and I found it easy to empathize with everything she was going through. At the same time, I couldn't help but wish that she was better about standing up for herself, especially with her boss, Amanda. As for Jacob, it was tough to really get to know him because the entire story was told from Becca's point of view, and there were a number of times I wished we had gotten his perspective on events. That said, he seemed like a great guy and I liked him and Becca together. I hope we'll get updates on their relationship in future books about Becca's friends.

Overall, I enjoyed "Not You Again" and would recommend it for chick lit, contemporary romance, and romantic comedy fans. I look forward to the next book in the series.

*Review copy provided by the author via Grey's Promotions. All opinions expressed are my own.
Read more
3 people found this helpful
Helpful
Report abuse

chelseareadsromance
4.0 out of 5 stars Cute Clean Romance!
Reviewed in the United States on May 27, 2021
Verified Purchase
✨This is a super cute, single POV, clean romance. But it isn’t all smooth sailing for Becca, there are definitely some emotional moments dealing with death, cancer and mental health. It was shorter than my normal reads at less than 200 pages, but it was not lacking in substance. If you are looking for a quick and sweet read I recommend this one! I love Terri Osburn and I’m looking forward to the next books in this series!✨

Becca hasn’t been interested in dating since her fiancé, Brian, left two years ago. To make her four best friends happy she agrees to go on the four blind dates they choose for her. After the third seriously awful date she’s starting to wonder if her friends even know her at all. Fortunately, these disaster dates are a little less bad due to the insanely hot stranger who keeps coming to her rescue. She has one more date to go on, but she can’t stop thinking about the mystery stranger... and if fate will throw them back together again.

raelene
5.0 out of 5 stars Wonderful characters & a fun story!
Reviewed in the United States on July 8, 2021
Verified Purchase
I had a feeling I was going to really like this when I picked it up (naturally, otherwise why would I have rushed to read it?) but I truly fell in love with it. I feel like I’ve struggled a bit with reading in 2021, only having given out one 5/5 so far (although there have been a few 4.5/5 I’ve rounded up for goodreads) but this was an easy 5/5 for me.

This is the first book I’ve read my Terri Osburn. I recently got tickets for the Shameless Book Con and saw that she is an attending author, and was eager to check out her books. And obviously I am very glad that I did! I really enjoyed her writing, and cannot wait for each book in this series to come out because I’m so excited to read more about Becca’s friends.

Okay now on to my actual review of Not You Again. All of the characters were wonderful. Becca and Jacob are both so great, especially when they’re together but individually I enjoyed them as well. They both felt well developed. Becca’s friends, family, and coworkers all were great side characters as well. Honestly, it’s hard to not love a book when all of the characters are so strong.

I did not expect to cry as much as I did reading this. But some really important topics were touched on, and handled so well. I literally laughed, cried, and swooned all within less than 200 pages.

I read this book on kindle unlimited, and immediately ordered a physical copy for my shelf after I finished it. I definitely will be rereading it. Now I just have to try to be patient until Aug 30, until Meg’s story comes out!
Read more
One person found this helpful
Helpful
Report abuse
See all reviews