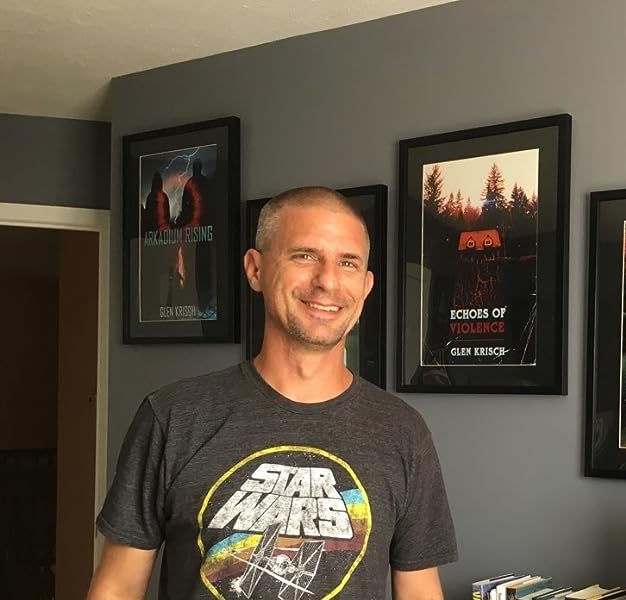 In Nothing Lasting, Glen Krisch has one line that stood out for me: Ever wonder what secrets people keep? This is the core theme of the novel, and it's one that is completely fascinating, emotionally-charged, and almost magic with its combination of complexity wrapped in simplicity. This is a fresh look at the coming-of-age novel, and it's one of the best I've ever read. I loved this book, and I wish I'd written it. Krisch writes with a natural style that is almost invisible, allowing his wonderful characters to tell their own story in their own way. I can't recommend this book highly enough.
-- John R. Little, Bram Stoker Award winning author of Miranda, The Memory Tree, and Ursa Major

From the first few pages of Nothing Lasting -- from the title itself, even! -- Glen Krisch creates a sense of dread that never lets up.  The characters live and breathe, and I felt as if I knew every one of them, the good and the bad.  Fans of dark coming-of-age tales will undoubtedly cite this one as a favorite for years to come.
-- James Newman, author of Midnight Rain, Animosity, and Ugly As Sin

Nothing Lasting is a moving coming-of-age tale, full of the pangs of first love, the pains of deep regrets, and the perils of choosing your friends unwisely. This is adolescence the way it usually is, rather than the version we choose to remember.
-- Brian Hodge, author of Whom the Gods Would Destroy and Picking the Bones

A native of the Chicago suburbs, Glen Krisch hopes to add to his list of ghosts he's witnessed (two), as well as develop his rather pedestrian telekinetic and precognitive skills. His novels include Amazon Bestseller WHERE DARKNESS DWELLS, THE NIGHTMARE WITHIN, NOTHING LASTING, ARKADIUM RISING, and LITTLE WHISPERS (forthcoming).
Before becoming a full-time writer, he worked a lot of unfulfilling jobs that only reinforced his ambition to chase his dreams. Besides writing and reading, he enjoys spending time with his wife, his three boys, simple living, and ultra-running.
Sign up for his newsletter at the following link to hear the latest news about upcoming projects (and receive freebies along the way).
eepurl.com/qFUfP