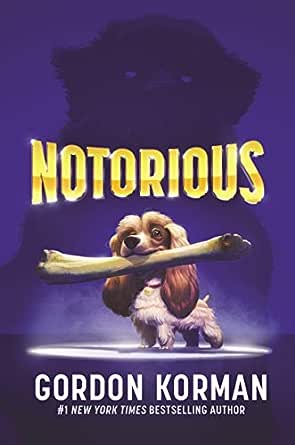 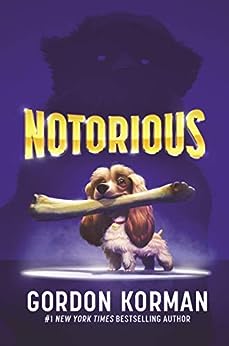 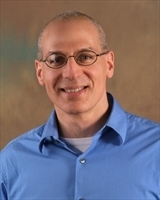 Gordon Korman wrote his first book at age fourteen and since then has written more than eighty middle grade and teen novels. Favorites include the New York Times bestselling The 39 Clues: Cahills vs. Vespers, Book One: The Medusa Plot; Ungifted; Pop; and Schooled. Gordon lives with his family on Long Island, New York. You can visit him online at www.GordonKorman.com.

Andrew Eiden, an Earphones Award-winning narrator, is an actor and voice artist. He has been acting since the age of four, working at regional theaters including La Mirada Theatre, the Glendale Center Theatre, and the Pasadena Playhouse. He has starred in dozens of national commercials, guest-spotted on numerous television shows, and has been a series regular on three programs: Discovery Channel's Outward Bound, Disney Channel's Movie Surfers, and most notably ABC's Complete Savages

Kate Reinders has won three AudioFile Earphones Awards for her audiobook narrations. She is an American musical-theater actress who has performed as lead and understudy in several Broadway shows and is best known for her performance as Glinda in the Broadway production Wicked.

Mark Turetsky is an award-winning audiobook narrator and voice-over artist living in Brooklyn. In addition to audiobooks, he has voiced numerous commercials, video games, and online presentations. Turetsky is a graduate of New York University's Tisch School of the Arts and holds a minor in English and American Literature. He was an AudioFile Best Voice for 2010 and 2013.

James Patrick Cronin began his audiobook career at twelve years of age opposite Christopher Lloyd in The Pagemaster. A classically trained stage actor with an MFA from the University of Louisville and a degree in philosophy, he has spent his years since college performing as an actor and a comedian on stages all over the world.

"Another treat for Korman fans."

-- "Kirkus Reviews" --This text refers to the audioCD edition.

4.6 out of 5 stars
4.6 out of 5
20 customer ratings
How does Amazon calculate star ratings?
Amazon calculates a product’s star ratings based on a machine learned model instead of a raw data average. The model takes into account factors including the age of a rating, whether the ratings are from verified purchasers, and factors that establish reviewer trustworthiness.
Top reviews

Melissa J
5.0 out of 5 stars cute, fast read
Reviewed in the United States on January 29, 2020
Verified Purchase
I've been a fan of Gordon Korman since high school, and I think it says a lot about him that he can still manage to engage someone who's over double the age of his main characters. I will say I think some of the characters could have been fleshed out a little more, but overall it was a solid story and definitely a fun "mystery" book. Barney Two and Barney One cracked me up all the time, even though we never got to meet Barney One. I was kind of expecting the Canadian/American island to play a little bit more of a pivotal role, but it seemed it was mostly used to show why ZeeBee was so isolated. I will definitely read this book again, and I highly recommend it for middle schoolers, teenagers, adults, grandparents, dogs, cats, ghosts, everyone!
Read more
2 people found this helpful
Helpful
Comment Report abuse

K. Akerman
4.0 out of 5 stars Who done it?
Reviewed in the United States on June 2, 2020
Verified Purchase
Keenan finds himself stuck on Centerlight, Michigan/Ontario as he recovers from tuberculosis. A city that he is usually on in a couple days a year when he visits his father on holidays. During his recovery he meets a Canadian native who named Zarabeth (ZeeBee) and her dog Barney Two. Together they explore the island of Centerlight and its gangster past. investigating the murder of ZeeBee's first dog, Barney, and the missing gold of Tommy Gun Ferguson.

I read this book with my children (9,10). They really loved the hint of mystery and they clues that lead up to the solving of Barneys murderer. I loved that although there where plenty of people who hated her dog the ones that you least suspect turn out to be the killers.

This book was very well thought out with all the hints and clues falling together when one clue tips the scales in its favor. Perfect building up and releasing of all the cards. All the characters are very well developed and have their own personalities making it super easy to read and understand who is being spoken about or to. I really enjoyed this read with my children.
Read more
Helpful
Comment Report abuse

anthony b.
3.0 out of 5 stars Standard Korman
Reviewed in the United States on August 7, 2020
Verified Purchase
The premise and setting of this book were good. I liked the Canadian-American border town, and was encouraged by the genuine mystery plot line. Korman also writes some very cute dog scenes. However, when it comes to the mystery, most of the suspects don't receive enough proper attention and the guilty parties were too obvious for my taste. The two narrators were a little less compelling than I would have liked and their classmates could have been developed better.
This is a good book, but not worth the present kindle price.
Read more
Helpful
Comment Report abuse

J. Kuntze
5.0 out of 5 stars Winner Winner Chicken Dinner
Reviewed in the United States on June 27, 2020
Verified Purchase
A kid who’s lived around the world gets tuberculosis and ends up recuperating in an island that straddles the U.S. - Canada border. He thought it would be boring. Then he meets an eccentric girl, learns about the island’s gangster history, and discovers the truth behind a murdered dog. Oh, and there is gold. A whole bunch of gold. A mystery/adventure/coming of age story, all in one book.
Read more
Helpful
Comment Report abuse

Red Canoe Reader
4.0 out of 5 stars A mystery you won't want to put down
Reviewed in the United States on January 7, 2020
Thank you to the publisher, the author and @kidlitexchange for the review copy of this book. All opinions are my own.

This MG book (grades 4-7) is set in a peculiar place named Centerlight Island. Half of the island is in the U.S. and half is in Canada. A squiggly line runs right through the downtown and across the island which means next door neighbors may actually be citizens of a different country! It also means the U.S. kids get to go to the island school and the Canadian kids have to ride a smelly ferry to their school everyday. This makes it so hard to be friends and ZeeBee really needs a friend. She so badly needs someone to believe her when she says her beloved monster of a dog, Barney, which was notorious for rampaging through the island and destroying anything in his path, was murdered. And no one believes her until Keenan moves to the island.

This book will have you laughing out loud as Zeebee and Keenan use every problem solving skill imaginable to figure out the answer to the mystery. And it’s a mystery that may have begun a hundred years ago when gangsters called Centerlight home. You will love the adventures the kids encounter along the way and you’ll cheer to see their growing friendship.

This is a great choice for those students looking for either an adventure or a mystery. There are plenty of chilling moments to satisfy those hungry for adventure and so many twists and turns to make a mystery lover reluctant to put it down.
Read more
2 people found this helpful
Helpful
Comment Report abuse

Angie Boyter
TOP 500 REVIEWERVINE VOICE
5.0 out of 5 stars A delightful read for all ages
Reviewed in the United States on January 21, 2020
This was a delightful read! For an adult audience perhaps it was more of a 4-star read, because the plot was reasonably guessable, but I certainly would expect a younger audience to love it. I did, and I am considerably older than the intended audience !
Who could resist a tale of a 7th grader pulled from his mother's international lifestyle to the quiet of a small island situated between Michigan and Canada where he recuperates from tuberculosis and meets a girl of his own age who is obsessed by the island's history during the gangster age and by her conviction that her beloved dog Barney had been murdered by neighbors who hated him? And who could fail to be drawn in by poor little Barney Two, who only wants to be loved but is ignored because his human is still mourning his predecessor?
This was enough for a thoroughly entertaining read, but it was enhanced further by wonderful details. For example, the setting of an island split between Canada and the US was fun as it showed the essential "unity" of the citizens and how artificial boundaries could sometimes get in the way.
No matter what your age, if you are looking for a warmhearted read for a cold winter's day (or a cool read for the beach in summer!), this book should give you a good time.
Read more
One person found this helpful
Helpful
Comment Report abuse
See all reviews from the United States