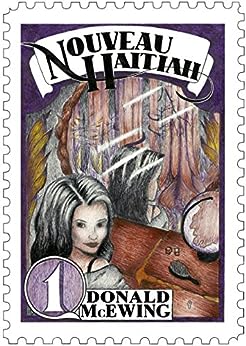 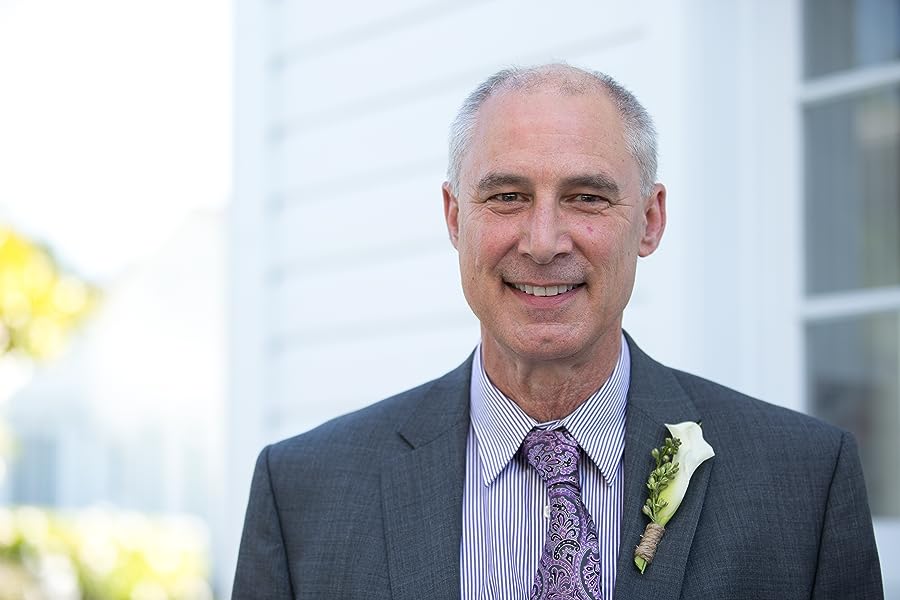 Susan Howells
5.0 out of 5 stars Great Book!
Reviewed in the United States on April 21, 2015
Verified Purchase
This is a great book from first time author Donald McEwing. Nouveau Haitiah was well described, and I could almost feel the overpowering humidity and visualize the colors! The characters are well developed and I especially liked the Official Hostess, Victoria. There are a number of clever twists and turns in the story, and a few deeper themes are evident. Being invested now in the characters, I look forward to another book set in Nouveau Haitiah!
Read more
Helpful
Report abuse

Patrick Murtha
5.0 out of 5 stars Tremendously inventive speculative fiction
Reviewed in the United States on July 7, 2015
In the tropical world of Donald McEwing's dazzling science fiction fantasy Nouveau Haitiah, evanescence is the norm. Flashes of intensely colorful life are seen out of the corner of your eye before disappearing:

"A flock of yellow and carmine creatures flew low across the palms. They looked like no birds I had ever seen, all wings and legs, but no apparent tails. Overhead, a high purplish-gray overcast filtered a small yet intense sun...

Soon, black smoke rose from the guttering flames into the hazy twilight. The sun went down, and eight-legged lightning bugs rose over the dry fields of spear grass, flashing blue bioluminescent calls to potential hosts."

This world is reminiscent of our world in certain ways, and disorientingly unlike it in many others. The biology and geology are different. Metals are scarce, but "black diamonds" are common. The wild flora and fauna are involved in a dizzying network of parasitic mutualism, and many are quite dangerous to humans (leading to some very memorable scenes). The diamond root plant, associated with the black diamonds, is either a "mild stimulant" or a "wild hallucinogen," depending on who you ask.

The socio-political texture of Nouveau Haitiah draws on the history of the actual Haiti in the 19th Century, and modern upheavals in tropical nations. The array of squabbling and constantly changing guerrilla factions is difficult to get a handle on, as intended. Racial matters figure, but rather subliminally. Various women are pegged as "witches," but their powers all seem to depend on natural Nouveau Haitian substances.

Marcel Proust's A la recherche du temps perdu exists in this world and is in fact a wellspring of the story, although whether it exists in the same form as we know it is not entirely clear. In any case, literary modernism provides a strong pulse in Nouveau Haitiah, and in an accompanying series of essays on the book's website, McEwing makes it clear that part of his goal is to wed that modernism with the narrative drive and surface appeal of well-imagined science fiction. He succeeds in that.

The story and the experiences of the protagonist Leon begin in media res, as he emerges from a pool of water with no memories prior to that moment, and immediately finds himself swept up in intrigues.

Nouveau Haitiah is a great example of what the adventurous reader looks for, a highly original experience. I only had occasional flickers of possible influences, the strongest being David Lindsay's 1920 speculative masterpiece, A Voyage to Arcturus. It turns out that this is just an affinity though, because I queried McEwing as to whether he was familiar with Lindsay's novel, and he wasn't - although he has since read it, and responded as positively as I would have predicted.
Read more
Helpful
Report abuse

ReadingOtherPeople
4.0 out of 5 stars Deftly Visual
Reviewed in the United States on July 26, 2015
The speculative fiction genre is a sneaky one. It tends to coalesce the ever-popular Science Fiction genre with fantasy and horror, often with an end result like a weird fusion of Star Trek and Buffy the Vampire Slayer. New novelist Donald McEwing takes this all-encompassing genre and spins it to meet his own literary agenda as illustrated in his work Nouveau Haitiah.

The novel itself acts as a cerebral massage; though containing characters that have popped up in literature over time, they are bold and original in their intents and overarching plans. The main chAracters in "Haitiah" are a motley crew of sorts in terms of literary themes. There's the strong heroine, the sucker who wants to stay young forever, and the witch. Each of the aforementioned jointly embark on the sordid quest of historical preservation and ultimate redemption. Along the way of these concurrent quests, McEwing masterfully documents the existence of an organic, exciting, and exotic world that is described in ways that enable the reader to envision its existence.

At its core, Nouveau Haitiah is a deftly visual work. McEwing pulls in the reader with his skillful style of depicting plots and situations that are strangely accessible and profound. It's a thoroughly original and unique work, and McEwing stays true to his overall vision to depict a world that must experience tumult and revolution in order to find its true purpose. Can a book be an experience in all senses? If not, then Nouveau Haitiah comes extremely close.
Read more
Helpful
Report abuse

Rebecca
4.0 out of 5 stars Detailed and Surreal
Reviewed in the United States on December 25, 2015
I received a free copy of this book in exchange for an honest review.

This is one of those rare times when I'm just not sure what to say. I had a very surreal feeling while reading this book. It felt like more of an experience as opposed to a work of fiction. Oddly enough, it reminded me of some bizarre combination of Orlando by Virginia Woolf and Apocalypse Now. I feel that this is one of those books that you could read several times over and still find more pieces of the puzzle that you had missed in prior readings.

This book requires time and attention to detail to fully enjoy and appreciate it. Don't expect to fly through it.
Read more
Helpful
Report abuse

Varun
5.0 out of 5 stars Splendid & Imaginative work of fictional art!
Reviewed in the United States on July 15, 2015
Nouveau Haitiah is a splendid, imaginative and gripping work of art by first time author Donald McEwing- I particularly enjoyed the plot twists and the character description of Leon, the protagonist in the book. The book takes you on an adventurous run in an ‘alien world’ with a theme of revenge, love, compassion and hope. I loved the writing style and the illustrations (as seen on the website provided to me by the author) make it more imaginative for the reader as to the author’s vision of the characters and the world. I look forward to reading more books from the author in Nouveau Haitiah.

P.S- I received this book from the author in exchange for an honest review.
Read more
Helpful
Report abuse

Kathryn Thummel
5.0 out of 5 stars Interesting book!
Reviewed in the United States on September 12, 2015
I found the atmosphere created by the author to be fascinating. The character Victoria was charismatic and left me wanting more. This is one of those books that keeps coming back to mind even weeks after finishing it.
Read more
Helpful
Report abuse

A Satisfied Amazon Customer
5.0 out of 5 stars Five Stars
Reviewed in the United States on April 9, 2016
I loved this book! I can't wait for his next one! I love how Donald writes.
Read more
Helpful
Report abuse

Amazon Customer
5.0 out of 5 stars loved the illustrations
Reviewed in the United States on March 18, 2016
Very compelling read, loved the illustrations!
Read more
Helpful
Report abuse
See all reviews
Back to top
Get to Know Us
Make Money with Us
Amazon Payment Products
Let Us Help You
EnglishChoose a language for shopping. United StatesChoose a country/region for shopping.
© 1996-2021, Amazon.com, Inc. or its affiliates