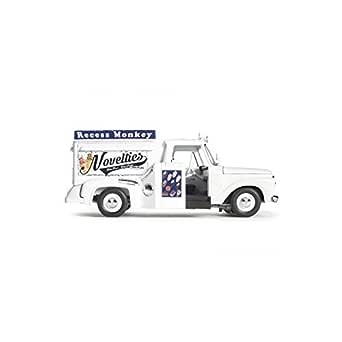 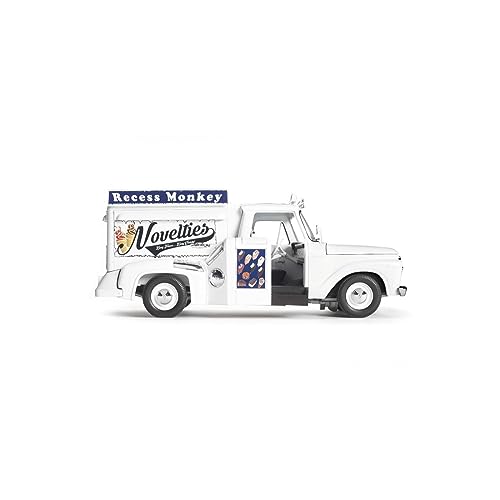 Recess Monkey
4.7 out of 5 stars 31 ratings
See all 2 formats and editions Hide other formats and editions
Buy the CD album for $12.99 and get the MP3 version for FREE.&nbspCD album ships from and sold by Amazon.com. Terms and Conditions. Does not apply to gift orders. Complete your purchase of the CD album to save the MP3 version to your Music Library.

Jane O
5.0 out of 5 stars UP FOR A 2017 GRAMMY
Reviewed in the United States on December 17, 2016
Verified Purchase
This CD is up for Best Children's Album at the Grammy's in February 2017. It is wonderful. I particularly liked the horns by Sean Jensen - he is an amazing musician.
Read more
One person found this helpful
Helpful
Comment Report abuse

J. Jensen
5.0 out of 5 stars Album for both kids and parents
Reviewed in the United States on January 15, 2017
Verified Purchase
Great album for kids AND their parents because the music is lively and not "dumbed down" or silly. Vocals are so well done and really like the richness of the instrumentals. I hope they win the Grammy!
Read more
Helpful
Comment Report abuse

J. R. Knapp
5.0 out of 5 stars It's time to buy the downloads
Reviewed in the United States on June 24, 2016
Verified Purchase
If you are or ever were a kid and listen to music, you will like this. They're justified and they're ancient and they drive an ice cream van!
Read more
3 people found this helpful
Helpful
Comment Report abuse

Obi Wan
TOP 500 REVIEWER
5.0 out of 5 stars Fun kids music even if you hate kids music
Reviewed in the United States on June 17, 2016
Let me preface this by saying that as a general rule I hate kids' music. I don't mean songs kids sing in school and such. I mean professionally recorded music made for kids. Usually it's really annoying and I just refuse to play a studio recording of The Wheels On The Bus when we're driving in the car. I figure the Beatles were good enough for me when I was 6, so they are good enough for my kids.

That being said, Recess Monkey is alright! They are not obnoxious at all. Their music sounds cool. It's still obviously kids' music, but the band can play. They have a groovy sound. (Yeah I said groovy. What of it?)

The lyrics are fun and more importantly funny. They are all about simple subjects that we can all relate to, even if only nostalgically. Show And Tell is a great example. It's a song about show and tell at school. Simple as that. Remember show and tell back in the day? When you got to bring a favorite toy from home and bring it to school, connecting your two worlds? It was awesome! This is a song about it. It's fun.

I haven't enjoyed, or tolerated, an album made for kids this much since They Might Be Giants released their "Here Comes Science" album.

So as opposed as I am to kids' music in general....and as much as I think we should stage a modern day Disco Demolition Night like the White Sox did 30 years ago but only for Kidz Bop CD's....this album is cool and I will play this in the car with my kids.

Tim Williams
5.0 out of 5 stars Quirky and fun for the whole family!
Reviewed in the United States on December 12, 2016
Don't think we can love Recess Monkey any more! Our kids (12, 10, 7, and 4) sing 'Time to Make the Donuts' any time they see, hear about, or eat a donut...and all occasions in between! And, since they have spoken with Jack Forman (from the band) on the radio on more than one occasion, Recess Monkey are true celebrities in their minds! Thanks for making such fun music that even parents can listen to!!
Read more
3 people found this helpful
Helpful
Comment Report abuse
See all reviews