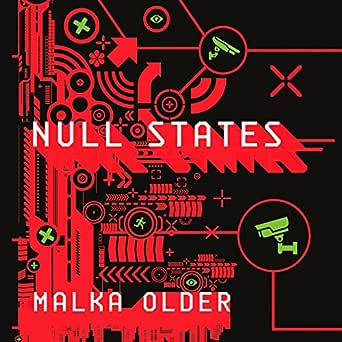 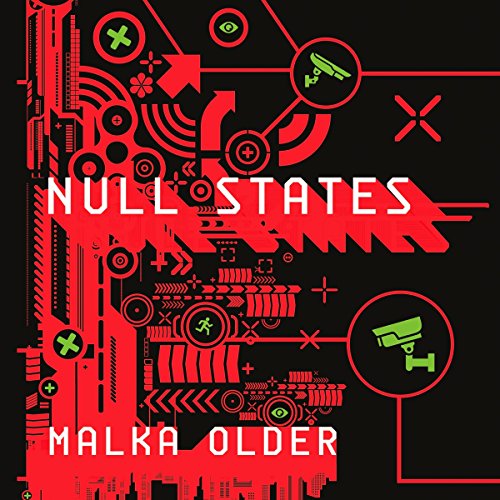 Amazon Customer
4.0 out of 5 stars Great work, despite some issues with the characters and world building
Reviewed in the United States on October 5, 2017
Verified Purchase
This is an great addition to the Centenal Cycle. Ms. Older presents some very thoughtful ideas, an original and interesting world, in an compelling and engrossing story. This story is much more of a straight-forward political thriller than the first, with less emphasis on the world-building and technology (i.e. more thriller, less scifi). I personally found this a little disappointing; nevertheless, that is a matter of personal taste. Comments about the story are well covered elsewhere, so I will focus these on a couple of issues I have with the construction of the work.

My issues mainly focus on simple stylistic and narrative choices that made the story much more difficult to read and enjoy. The most obvious of these focuses on the characters. First, there are simply far more characters than needed and too little information provided on any of them to flesh them out. It is difficult to follow a narrative with over a dozen players coming in an out of the story line, usually with no background information or even any personal description. The vast majority seemed completely flat to me since I was given almost no information about who they are, what they look like, what their motivations are, etc. For example, even a relatively major character like Amran is a complete unknown. Why does she work for information? What is her background? Why should I care about her?? Another example - I didn't catch on for quite a while that Minzshe is male, and am still not certain if he is of Asian descent. Knowing these things would have helped me understand his interactions with the militia much better. This issue is made even more challenging by the simple fact that very few characters have names that will ring familiar with western readers. Please don't get me wrong - I am absolutely not saying you should white-wash the characters, just flesh them out so that the reader can better conceptualize and place them. An important related point that I personally found very frustrating is that so many of the characters had similar names. For example, there was: Mishima, Maria, Minzhe, Maryam, Malakal, and two Mohameds, as well as Vera, Veena, and Valerie, and Nougaz and Nejime. Why were so many characters given such similar names? You have a whole alphabet to play with. I found this extremely frustrating and it definitely detracted from my enjoyment of the book. Minimally you could include a dramatis personae at the beginning of the book for reference.

Very closely related to the issue with the characters, I found that descriptions of the world were either entirely absent of minimal. For example, what is a tsubame? It is the center of the most important event in the story and mentioned dozens of times, but the only description in the book is a two seat hovercraft. How about some more description to help with the visualization. Or how about a crow? What does it look like? How about the streetscape in a big city? Should I be imaging Blade Runner or Star Trek? How about narrative disorder? Does everyone really have to make up their own mind what this is and why it might be important? Maybe more descriptions were provided in the first book, but who has the time to re-read a previous book in the series to pick up on these details. I'm not asking for a complete rehash, but I feel like basic descriptions of concepts, places, and items that come up over and over in a story are fundamental to good story telling.

These concerns would normally compel me to give a much lower rating (and really ream out a student), but I think the overall skill and potential of Ms. Older is extremely high, and I have no interest in throwing a turd in the punch-bowl of her reviews. I hope they are taken as constructive criticisms.

Maria Haskins
5.0 out of 5 stars A smart and thought-provoking read, moving at a thriller-pace
Reviewed in the United States on November 16, 2017
Verified Purchase
I loved Older's first instalment in this series, Infomocracy, because of it's smart worldbuilding, and the fact that it takes place in a future that is neither dystopia or utopia - simply a flawed world with dangers and potential, just like our present day.

Null States has all of that, but it's even better than Infomocracy - it's still smart, it still moves at a thriller pace, and this time around, the characters came alive even more for me. There's international intrigue, a political murder mystery to solve, romance, even... An absolute page-turner. I also love how this book introduces the "edges" of the Information-world - the Null States, that exist outside of Information's data-sharing system.

Great characters, terrific action, all set in a thought-provoking future version of our own world. This one is a must-read for every reason imaginable.

Curtis D. Frye
5.0 out of 5 stars Outstanding
Reviewed in the United States on November 18, 2017
Verified Purchase
I purchased a copy of this book for personal use.

Null States continues the storyline Malka Older inaugurated in Infomocracy, where a substantial number of the world’s countries have adopted microdemocracy, a system based on groupings of 100,000 citizens called centenals. Centenal governments include easily recognizable proxies for existing conservative, liberal, green, corporate, and national entities. This book, Older’s second novel, is a well-written near-future thriller with action that ranges throughout the world, encompassing states that adopted microdemocracy and those that did not.

One hallmark of microdemocracy is the adoption of Information, a version of the contemporary Internet that includes easy access to fact-checked information and video feeds from almost every public area within the system. Countries, or segments of countries, that chose not to adopt microdemocracy are called null states. As the book’s title suggests, the action in Older’s sequel includes states that chose to stay outside Information’s coverage.

Middle of the Action

The action starts in a city within a centenal within the DarFur region of the former Sudan. The DarFur government, which controls several centenals, only adopted microdemocracy for the most recent ten-year election cycle. The focal characters, who are different than the leads in Infomocracy (though they do show up later in the book), are part of a Specialized Voter Action Tactics team sent to support the new government. The governor gets blown up on his way to meeting in the town and the action starts.

Null States is a well-written near-future thriller with action that ranges throughout the world, encompassing states that adopted microdemocracy and those that did not. Older brings her experience as a relief worker to the fore, capturing the physical environment and cultural sensibilities of peoples outside the developed world. For example, even though DarFur adopted microdemocracy, neither the government nor the people have fully embraced it or, critically, Information.

This distrust, which provides substantial leverage for the story’s antagonists, invokes themes of cultural imperialism, long-burning conflicts that transcend national or centenal borders, and fierce independence. Switzerland, for example, has remained unaligned and outside the reach of Information’s nearly omnipresent video feeds. Older captures the feeling of unease and threat when Mishima, the female protagonist from Infomocracy, travels to Switzerland to investigate a lead. Outside of Information coverage and easy contact with her usual support team, she’s on her own in unfriendly territory.

Null States also addresses the language of the developed and developing world. At one point in the novel, a character gently corrects a colleague who used the term “null states”, saying that it’s demeaning. The original speaker disagrees, arguing in effect that it’s a neutral descriptive term, but Older’s comment on using the word “null” to imply that otherness equals irrelevance or, worse, non-existence, is spot on.

Null States is a terrific novel by any measure, made more so by the author’s deft handling of cultural issues based on her extensive experience as an aid and relief worker. If you’re new to Malka Older’s books you should read Infomocracy first so you understand the milieu, but be sure to pick up Null States at the same time so you don’t have to wait to see what happens next. I recommend both books without reservation.

ecgordon at
5.0 out of 5 stars This narrative is not in disorder
Reviewed in the United States on September 21, 2017
Verified Purchase
I originally rated Infomocracy, the first book in the sequence, just 4 stars, but after reading it three times in less than a year and a half I raised that to 5, and Null States rates just as high. I love that the focus is on places and cultures in the world that I'm not that familiar with, but I know the author is, through her humanitarian work as well as her PhD studies. This is a perfect balance of character, politics, and action, an intriguing thought experiment of democracy on a micro and macro scale. Highly recommended for anyone who has an interest in politics, no matter from which perspective or philosophy. Micro-democracy might not be a viable system, but it can't be worse than any that has been tried before.
Read more
One person found this helpful
Helpful
Comment Report abuse
See all reviews

nevillek
5.0 out of 5 stars Great read, lots of cool ideas.
Reviewed in the United Kingdom on January 11, 2018
Verified Purchase
A whole new way to think about the future. The story weaves around a complex new political system - micro democracy - and how it might play out around the world. The story includes sections in different locations, ranging from "hold-out, secretive" to "joining in but holding on to ancient grudges" to "techno utopia". The main characters are interesting, and the plot takes them on recognizable, human journeys.
The plot rolls along nicely, and the book introduces many ideas about how we might organize society.
Read more
Report abuse
See all reviews