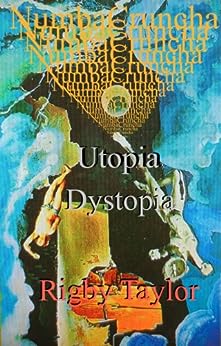 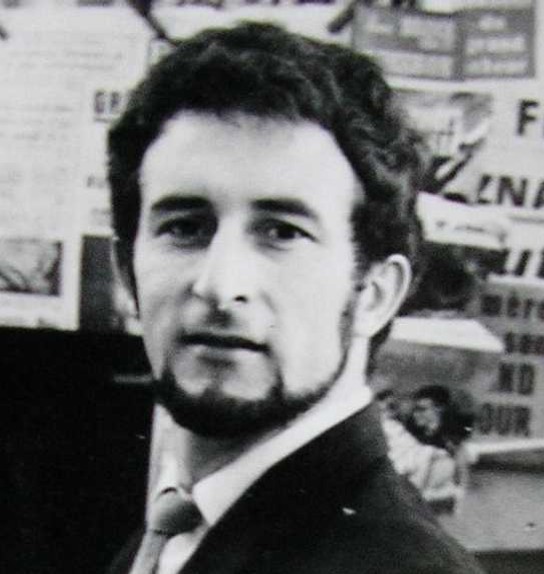 by Rigby Taylor (Author) Format: Kindle Edition
See all formats and editions
Sorry, there was a problem loading this page. Try again.
NumbaCruncha
The tale begins with a chilling peek into the near future, when Sebastian and Jarek, now in their eighties, confront a particularly vile religious autocrat, whose reign of terror has led to the destruction of their laboratories, but not their secret weapon.
We then take a thousand year leap to a future city state in which the human aptitude for duplicitous and unjust social schemes has reached its logical culmination in Oasis, a flesh-crawlingly evil dystopia ruled by the most unpleasant gang of conmen and women you're ever likely to encounter.
A couple of young scientists who have recently invented a new means of transport, begin to question the morality of the Oasis social order, and decide to do something about it.
Meanwhile, back in the forest, Sebastian and Jarek’s secret weapon is waiting.
****
NumbaCruncha is a thoughtful, perhaps shocking, certainly controversial, at times amusing, and always cheeky assessment of the apparently intractable problems facing humanity. Although the future for life on planet Earth seems hopelessly bleak to people who care about the destruction of the natural world in which Homo sapiens evolved, NumbaCruncha suggests there might be some hope …but only if…


NumbaCruncha is a thoughtful, perhaps shocking, certainly controversial, at times amusing, and always cheeky assessment of the apparently intractable problems facing humanity. Although the future for life on planet Earth seems hopelessly bleak to people who care about the destruction of the natural world in which Homo sapiens evolved, NumbaCruncha suggests there might be some hope …but only if…

I have always enjoyed the symbolism of Renaissance Art in which, among other things, purity, honesty and truthfulness is depicted by nudity. Titian's "Sacred and Profane Love" and Michelangelo's 'Sistine Ceiling' and "Doni Tondo" are obvious examples.

It is in that sense that I use nudity in my novels. Only the good guys run around naked. Nude is not rude! Actions can be evil or good; bodies are merely natural vessels and, if well maintained, are admirable.

My characters live in the real world, not in a ghetto. They just happen to be gay and any sex is part of the story, not gratuitous or explicit.

All my novels are set in tropical Australia in the present day.

I write the sort of fiction I like to read--fast-paced with some danger and heroes who are decent, honest, reliable and unafraid to make decisions, and who reckon that more than enough is too much.

I live with my partner as naturally as possible in today’s world, on several sclerophyll forest acres in sub-tropical Queensland.

My first twenty-four years on this earth are recalled in a light-hearted memoir, Dancing Bare, about my less than famous exploits in nineteen sixties London, Paris, Europe and North Africa.

I write the sort of stories I like to read myself, in which people who share my ideas, values, hopes and fears, cope bravely with dangers without compromising their principles.

Roy Evans
4.0 out of 5 stars Interesting!
Reviewed in the United States 🇺🇸 on July 11, 2014
Verified Purchase
This is what could be the third in what I refer to as the 'Sebastian' series. Even though Sebastian and Jerek are only briefly mentioned in the beginning and then only referred to later, it is the continuing story of their relationship and influence. They have reach the age of eighty-four and have come to the end of an eventful life. The rest of the novel deals with a futuristic result of their supported research into genetic research with unusual results. Again the good guy's win the day eventually. The book does beg the need for a companion novel that would explain in greater detail how Sebastian and Jerek reached this point and more about their personal development and relationship. It was a surprisingly good read. A bit hard to take in places, but with results that were strangely satisfying. The 'bad guy's' got what was coming to them which is usually refreshing. Roy Evans author of 'Yosemite Fire'
Read more
One person found this helpful
Helpful
Report abuse

S. Johns
5.0 out of 5 stars Rigby Taylor's Insightful Lens into the Planet's Future
Reviewed in the United States 🇺🇸 on April 25, 2015
Verified Purchase
I have read with great interest and enjoyment all of Rigby Taylor's fascinating novels. I think this one might be his best - it is certainly his most imaginative and original. The concept is definitely a high one, and he follows through with great detail and accuracy - all the way to the end. Using his familiar characters of Sebastian and Jarek, who are in their eighties by now, he springboards 1,000 years into the future - into a vision of future reality that is quite hard to take at times, and yet believable because of the underlying insights into humans, evolution, psychology, and society. I highly recommend this book with no reservations or hesitations.
Read more
Helpful
Report abuse
See all reviews

It has been interesting to watch Rigby develop as an author. From his earlier work to this polished piece of dystopian sci-fi set in the not too distant future, his style has developed and is now extremely proficient in story telling. Two of the characters from his earlier books (Sebastian and Jarek) make almost a cameo appearance in this book, as they reach the end of their personal tales in their eighties. From there the story takes a bold new direction for Rigby as earth has descended into something of a wilderness (post-warming) with dystopian sealed underground cities harbouring the last of humanity.

It's good to see an author take bold new directions and stretch their talent. This is well worth reading, although you may want to delve into the backstory of Sebastian and Jarek as well just for completeness.
Read more
Report abuse

Oz AL
5.0 out of 5 stars Another interesting twist on earlier stories
Reviewed in Australia 🇦🇺 on September 6, 2018
Verified Purchase
This book rounds out Rigby Taylor's earlier books starting with 'Rough Justice'. Again well paced and brilliantly thought through. The writing style is irresistible. There's something of a departure from the relatively conventional beginnings of the overall saga which only makes this latest story all the more intriguing.
Read more
Report abuse
See all reviews
Report an issue
Does this item contain inappropriate content?
Report
Do you believe that this item violates a copyright?
Report
Does this item contain quality or formatting issues?
Report