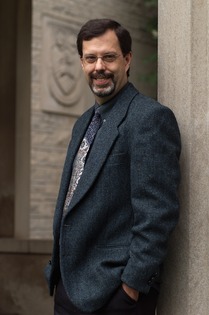 Based on the original twelve-volume set that has become a staple in college and seminary libraries and pastors’ studies worldwide, this revised edition of The Expositor's Bible Commentary series once again gathers the most current evangelical scholarship and resources. Its contributors represent the best in evangelical scholarship committed to the divine inspiration, complete trustworthiness, and full authority of the Bible.

The Expositor's Commentaries are written with a balanced and respectful approach toward marked differences of opinions and are filled with detailed introductions, outlines, expositions, and reflections. The series is based on the New International Version of the Bible and includes translation of Hebrew and Greek words to help readers understand the more technical notes.

What makes this series unique?

“The Expositor’s Bible Commentary is a superb tool to help the Christian who wants to better understand God’s Word. As a preacher, I turn to it again and again. From the Psalms to the Gospel of Matthew, some of the best commentaries are to be found in this series. I’m thankful for these scholars and for their work.”

“These writers are all-stars! The Expositor’s Bible Commentary—Revised is a valuable resource for all who teach the Scriptures.”

“The revised edition of the Expositor’s Bible Commentary offers students of the Scriptures quick and reliable access to the entire Bible in thirteen reader-friendly volumes. If there is one set of commentaries that all pastors and teachers should have, this is it.”

“The Expositor’s Bible Commentary has been a core resource for decades with good reason. Now with this Revised edition, one can continue to use this fine resource and know the discussion is up to date, utilizing all the strengths of the original.”

David E. Garland (PhD, Southern Baptist Theological Seminary) is William B. Hinson Professor of Christian Scriptures and dean for academic affairs at George W. Truett Seminary, Baylor University. He is the New Testament editor for the revised Expositor's Bible Commentary and the author of various books and commentaries, including Mark and Colossians/Philemon in the NIV Application Commentary, and the article on Mark in the Zondervan Illustrated Bible Backgrounds Commentary. He and his wife, Diana, reside in Waco, Texas.

Ronald B. Allen is senior professor of Bible exposition at Dallas Theological Seminary. He earned a Th.M. degree (1968) and Th.D. degree (1973) from Dallas in studies in biblical Hebrew. He has also been awarded the D.D. degree from Rocky Mountain Bible College and Seminary (2009). Dr. Allen has written more than a dozen books, principally on the Psalms and worship, as well as the commentary on the book of Numbers (EBC Revised). Ron has been married to Beverly for forty-nine years. They have four grown children, three of whom are married, and ten grandchildren.

Michael A. Grisanti is Professor of Old Testament at The Master’s Seminary. He has written numerous journal and periodical articles and assisted in various editorial projects including contributions to The New International Dictionary of Old Testament Theology and Exegesis (Zondervan, 1997) and Eerdmans Dictionary of the Bible.

Mark J. Boda (PhD, University of Cambridge) is Professor of Old Testament and Hebrew at McMaster Divinity College in Hamilton, Ontario, Canada. An ordained minister, he enjoys regular preaching opportunities across Canada. He is the author of Praying the Tradition and the editor of a collection of scholarly essays on Zechariah 9-14, Bringing Out the Treasure.
Tell the Publisher!
I'd like to read this book on Kindle

Matthew
5.0 out of 5 stars Balanced and Scholarly
Reviewed in the United States on January 15, 2014
Verified Purchase
This volume strikes the perfect balance between scholarship and readability. Great for an informed practitioner's library. It upholds the Bible as authoritative, but also is not afraid to engage in modern criticism.
Read more
One person found this helpful
Helpful
Report abuse

Jennifer L. Kniffin
5.0 out of 5 stars Excellent purchase!
Reviewed in the United States on January 1, 2013
Verified Purchase
The final volume in the revised version of the Expositor's Bible Commentary and well worth the wait. This commentary covers the book of Numbers through the book of Ruth. A great deal!
Read more
2 people found this helpful
Helpful
Report abuse

The Geeky Calvinist
5.0 out of 5 stars A Welcomed Commentary
Reviewed in the United States on October 31, 2017
The expositors Bible commentary has been recognized as one of the leading Commentary series for the past quarter-century. Having started in 1978 and completed in 1992 is Commentary series was in sore need of a revised updated Edition. Therefore in 2008 the expositors Bible commentary begin its revised Edition of all of its 13 volumes of commentary. Completed in 2012 this Commentary series included updated commentaries of almost every book included in the previous version as well as fleshing out a previous commentaries as well.
Perhaps one the best updated version in this Commentary series is that of the commentary on the books of Numbers through Ruth by Ronald B. Allen (Numbers), Michael Alan Grisanti (Deutronomy), Helene Dallaire (Joshua), Mark J. Boda (Judges), and George Schwab (Ruth). Weighing in at over 1000 Pages each book gets a mid-level commentary treatment, yet each individual commentary has invaluable exegesis that most pastor’s will greatly appreciate.
This book touted as one of the best volumes in the series. Each passage is thoroughly treated looking not only at the Hebrew text but dealing with critical questions, exegetical points, and practical application. This commentary truly is for both the pastor and Scholar. Furthermore it is not inaccessible to the Layman who desires to get a thorough treatment of this section of Holy Scripture for their understanding. I highly recommend this commentary as the first pick of any Pastor for a series on the books of Numbers’-Ruth as well as to the scholar who is looking to write a paper on a specific theme or passage in these books. You can truly not go wrong with this superb commentary.
With that said are a few issues I have with the commentary on Ruth. Schwab takes an unorthodox view of Ruth and Boaz on the threshing room floor to be a sexual encounter between them. His arguments will interesting do not bear out in the text and makes the rest of his commentary on the book of Ruth unhelpful if used for exegetical preaching, but very helpful if writing a paper on the subject.
This book was provided to me free of charge from Zondervan Academic in exchange for an unbiased, honest review.
Read more
One person found this helpful
Helpful
Report abuse

Alicia Reagan
5.0 out of 5 stars Valuable!
Reviewed in the United States on December 12, 2017
Volume 2 in this revised edition of the Expositor’s Bible Commentary (EBC) now covers from Numbers through Ruth. It’s a huge volume of over 1300 pages! You will find the same quality commentary throughout that the series is known for. It is a pastor’s favorite for many.

The Book of Numbers has been revised by Ronald Allen. He was given more space in the old set and that continues to be true in the 450 pages of quality commentary we have here. Though there has been some updating, the Introduction is still divided into the same 12 parts. Some of the most provocative are the two sections that outline the problem of the large numbers and the suggestion of a solution. I can’t personally follow his theory there, but appreciate the overall conservative approach. The commentary itself is one of the better available today.

The commentary on Deuteronomy has been replaced with a new one by Michael Grisanti. The Introduction is short, but covers the basis. The bibliography is extensive, and some helpful maps have been added to the commentary. The commentary itself is successful because of its clarity and conservative conclusions.

The commentary on Joshua also has a new author in Helene Dallaire. Though briefer than Numbers and Deuteronomy above, it has still been well received as a mid-length commentary. The Introduction gives an overview of the book, and one of Joshua, followed by a discussion of authorship and composition, literary form, historical background and dating, the people of the land, and theology. There’s also a bibliography and outline. Since the scholarly world is really varied in dating Joshua, the author gives a good synopsis of both conservative and liberal views. There are some helpful charts throughout the commentary too. I would label this commentary as solid and helpful.

The commentary on Judges also has a new author, this time by highly respected Mark Boda. He stays within the confines of the series, which limits page number, but still succeeds in providing a concise, yet penetrating volume. He approaches Introduction by discussing in turn, its canonical forms, its historical contexts, its sociological dynamics, it’s a literary shape, it’s rhetorical purpose, and its theological potential. He also has a nice bibliography and outline. In using it you will easily see the hand of a seasoned commentator.

George Schwab provides a new commentary on the Book of Ruth. I had a lot of trouble agreeing with his conclusions in the Introduction. The chart on page 1308, however, was outstanding. The commentary itself is helpful, but I found a few conclusions in the commentary a little over the top as well. I’m not saying it isn’t worth consulting, just that it wouldn’t be my favorite.

I don’t see how you could go wrong with this thick commentary covering five books of the Old Testament. When you think about what you’re getting, you could even call it an economical value too. This is really a nice one!

I received this book free from the publisher. I was not required to write a positive review. The opinions I have expressed are my own. I am disclosing this in accordance with the Federal Trade Commission’s 16 CFR, Part 255.
Read more
Helpful
Report abuse
See all reviews