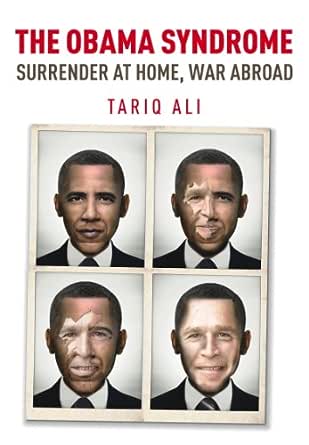 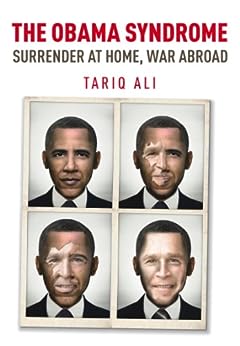 In this slim but provocative volume, leftist writer and filmmaker Ali takes President Barack Obama to task for his first 18 months in office, arguing that despite the president's rhetoric of change, little distinguishes his administration from the Bush-Cheney White House. Ali's condemnation of Obama is sweeping, extending from foreign policy and the war on terror to financial, health care, and education reform on the domestic front. In prose that is crisp and inflammatory, and at times laden with sarcasm, Ali effectively makes the case that Obama has thus far fallen short of many of his campaign promises. Where the author treads on thinner ice is his assertion that Obama's intent has never been to implement reform. Far from being a progressive, Ali alleges, Obama is a "skillful and gifted machine politician" who uses "sonorous banality" and "armor-plated hypocrisy" to achieve his "imperial" aims. Ali's incendiary language may be off-putting to some readers, and Obama supporters may find the book vexing, if not outright deflating, but there is no doubting Ali's gifts as a polemicist, or the book's potential to rouse controversy in the run-up to the midterm elections.
(c) Copyright PWxyz, LLC. All rights reserved. --This text refers to an alternate kindle_edition edition.

Viscerally disappointed that President Obama has not moved the national agenda in a more liberal direction, Ali, editor of the New Left Review, criticizes the administration’s foreign domestic policies in its first 1,000 days in office. Ali portrays Obama as “simultaneously wily and timorous” as he has tried to appease both Republicans and Democrats in the name of consensus building, sparking severe criticism on the Right and alienation on the Left. Ali sees Obama most consistent in his support of corporate interests. On the domestic front, Ali criticizes Obama’s financial-sector reform for its inadequate regulation and continued reliance on Wall Street operations, some dating back to the Clinton administration; his lukewarm health-care reform; and a general failure to advance an agenda to support the middle class. On the foreign policy front, Ali argues that the Obama administration is pursuing the same policies as the Bush administration, including a blind loyalty to Israel and escalation of the “war on terror” into Afghanistan. --Vanessa Bush --This text refers to an alternate kindle_edition edition.

“The Obama Syndrome will be a powerful boost to Obama dissenters on the left.”—Bob Hoover, Pittsburgh Post-Gazette

“The Obama Syndrome documents the collapse of the Myth into a thousand pieces.”—Vijay Prashad, author of The Darker Nations --This text refers to an alternate kindle_edition edition.

Tariq Ali is a writer and filmmaker. He has written more than a dozen books on world history and politics—including Pirates of the Caribbean, Bush in Babylon, The Clash of Fundamentalisms and The Obama Syndrome—as well as five novels in his Islam Quintet series and scripts for the stage and screen. He is an editor of the New Left Review and lives in London. --This text refers to an alternate kindle_edition edition.
Read more