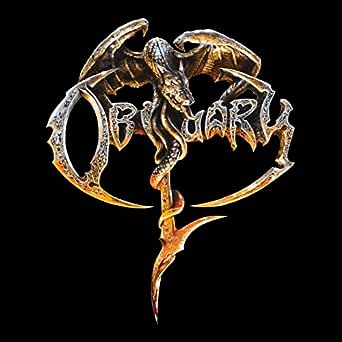 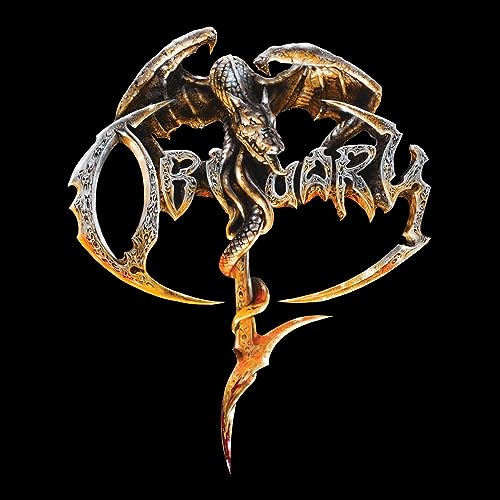 4.7 out of 5 stars
4.7 out of 5
178 global ratings
How are ratings calculated?
To calculate the overall star rating and percentage breakdown by star, we don’t use a simple average. Instead, our system considers things like how recent a review is and if the reviewer bought the item on Amazon. It also analyzes reviews to verify trustworthiness.

AceOfSpAdes
5.0 out of 5 stars It's Obituary Nuff said. Get IT!!
Reviewed in the United States on July 6, 2018
Verified Purchase
Obituary's latest release is awesome. The LP is a great addition to my library. I had to update my review. This album plain & simple follows right after Slowly We Rot, Cause Of Death & End Complete.
I seriously believe that this self titled album IS the best Obituary has released since The End Complete.
Not saying the other releases are bad far from it. But this album hits all the right places in my ear. The groove the speed the aggressiveness just spill out Obituary.
Keep listening this album grooves and annihilates like Obituary are so good at.
And more you listen the better it gets every time.

Can't wait for their next release supposedly sometime in 2019 . Keep em comin!!!

Mike Bass
5.0 out of 5 stars Hello?! It's Obituary!
Reviewed in the United States on May 20, 2017
Verified Purchase
Again, it's Obituary! However, this is among my favorites. Age has done them well it would seem. Obit is the same, forever; though it seems this offering has a slight evolution (however sludge-like) in its sound. My favorite tracks, here, are End It Now, Kneel Before Me, Turned To Stone, Straight To Hell, and No Hope. This is just a great record, and a great band!
Read more
4 people found this helpful
Helpful
Comment Report abuse

JL
5.0 out of 5 stars Fans and Non-Fans should buy this one!
Reviewed in the United States on December 7, 2017
Verified Purchase
Great album! I have been waiting for excellence. This album has it. This is Obituary!!! The vocals along with the great instrument playing pushes this one to the top with catchy riffs and appropriate speed, slap on headphones, turn it up, and let your ears bleed!
I really enjoyed the last one, but this one really hits the right spot for me. Buy it! If you're not a fan, then buy it to give to one. " I say NOW!"
Read more
One person found this helpful
Helpful
Comment Report abuse

Aaron S.
4.0 out of 5 stars Still going strong
Reviewed in the United States on December 12, 2018
Verified Purchase
I’ve seen this in almost every record store i’ve been to in the last year, but passed every time. I ended up getting free tickets to one of there shows, so I figured why not pick up the album and give it a try. I didn’t think it would be anywhere near as good as the older stuff. I was totally wrong. It blew me away and i play it often. Give it a listen.
Read more
Helpful
Comment Report abuse

edward h
VINE VOICE
5.0 out of 5 stars Excellent!
Reviewed in the United States on April 21, 2017
Verified Purchase
This is the first Obituary album I have ever purchased. I've heard of them but have never heard their music. All I can say about this record is that it is an awesome hard rock record.The vocals fit the music perfectly. The lyrics are great and the music is again, awesome.
Read more
One person found this helpful
Helpful
Comment Report abuse

Antonio De La Hoz
4.0 out of 5 stars And is Obituary!
Reviewed in the United States on May 7, 2019
Verified Purchase
A classic death act, and they have stick to their turf, nice eponymous album.
Read more
Helpful
Comment Report abuse

brian metal 4 the masses murray
5.0 out of 5 stars obituary still got it
Reviewed in the United Kingdom on July 7, 2017
Verified Purchase
yeah this has to be one of this legendary death metal bands finest works ,it has been a while to be honest since i listened to a lot of death metal having been indulging in NWOBHM classic reissues and a lot of power metal recently,but i recently bought a load of death metal reissues and one of the top quality bands has to me always been obituary,and boy am i glad i did as this is from start to finish a modern day classic but still old-school death metal maybe a modern production has helps but the quality of the tracks are awesome ,the one thing i did notice is that a few of the tracks especially sentence day and a lesson in vengeance are faster in a thrash sort of way bringing home fully their original influences espesially celtic frost ,in fact frost -style riffs are written all over the place on this one ,like i said this S/T beauty has got a lot of thrash on it but still that classic stomp sound of yesteryear ,so not a bad track on it and faster than previous releases with john tardy still gunting away but you can actually make out some of the lyrics without the now no lyric sheet tradition of the band ,trevor peres rythem guitar as great as it has always been in fact it truly believe he is one of the best rythem gutarists in metal as a whole but because it is death metal is overlooked ,brother donald drumming is some of the best he has ever done ,maybe lead guitarist kenny andrews has definetly added something to the band as his solos are awesome here and faster ,so even if your not always a specifically a death metal fan but still like metal in general i would recommend this wholehearlty in fact it is definetly one of the best metal releases this year so far ,in go and get their back catalogue especially classic cause of death ,recomend highly.
Read more
4 people found this helpful
Report abuse

Yaniv Riahi
5.0 out of 5 stars Death metal still alive
Reviewed in the United Kingdom on June 9, 2017
Verified Purchase
Excellent album, not their best but still a great one, well produced and very enjoyable.
Tardy's vocals here are awesome, i don't think there are fillers here, all songs are good.
The album has slow riffs and fast riffs and great solos and you can headbang all the way.
The artwork is too simple though, Obituary has great artworks mostly through their discography.
What made me disappointed with the digipack edition is there is no booklet and no lyrics.
Obituary fans should own this album, highly recommended.
Read more
2 people found this helpful
Report abuse

Robb Moore
5.0 out of 5 stars Faultless Album From Floridian Death Metal Heavy Weights...
Reviewed in the United Kingdom on May 6, 2017
Verified Purchase
Great album, Obituary at their best and jumps right up into my favourite death metal albums. Obituary's style has matured, but in a good sense, I still love Slowly We Rot, Cause of Death and The End Complete, but this seems to somehow have more precision without losing what it is that makes Obituary such a uniquely sounding band. I love it. Right up there with Meshuggah's 'The Violent Sleep of Reason' as one of my albums of the last 12 months and indeed ever.
Read more
One person found this helpful
Report abuse

Concrete Donkey
5.0 out of 5 stars which fits the material on display like a glove
Reviewed in the United Kingdom on October 29, 2017
Verified Purchase
I never really was a big fan of Obituary during my "most metal" days, and was really surprised to find that their last couple of albums, and especially this one, kicks some seroius @$$. The songs are generally a bit more up-tempo than their 90s offerings, and the sound is a little less polished and a bit more raw, which fits the material on display like a glove. The two first tracks, "Brave" and "Sentence Day" are total headbangers, even if you're paralyzed from the neck down. So awesome to see [hear] that some of the old bands just keep getting better!
Read more
Report abuse

Oleg Yanush
5.0 out of 5 stars Fastest OBITUARY ever
Reviewed in the United Kingdom on April 27, 2017
Verified Purchase
Yes, really this is the fastest Obituary album. Song are strong, heavy and straightforward. The whole set is quick and flies away at one breath. Very, very good classic death metal from mature musicians and ... every thing's up to date as if modern fresh band plays quality music.
Read more
One person found this helpful
Report abuse
See all reviews