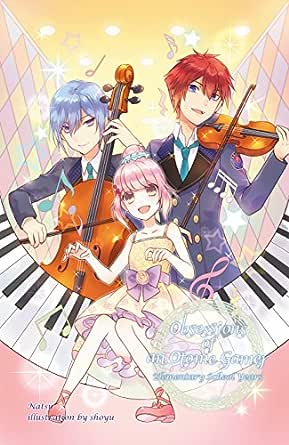 You've subscribed to Obsessions of an Otome Gamer! We will preorder your items within 24 hours of when they become available. When new books are released, we'll charge your default payment method for the lowest price available during the pre-order period.
Update your device or payment method, cancel individual pre-orders or your subscription at
Your Memberships & Subscriptions
There was an error. We were unable to process your subscription due to an error. Please refresh and try again. 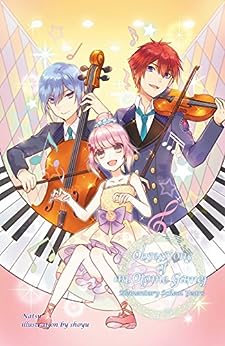 An Amazon Book with Buzz: "The Four Winds" by Kristin Hannah
"A timely novel highlighting the worth and delicate nature of Nature itself." -Delia Owens Learn more
click to open popover
Volumes in This Series (2 Volumes)
Complete Series 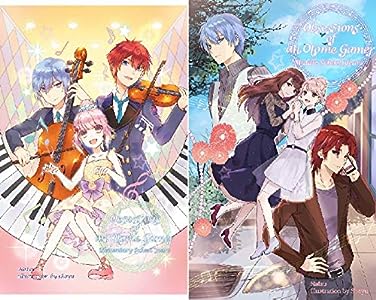 Michael Hayes
5.0 out of 5 stars A fantastic first volume and a mature, complex, well-written story
Reviewed in the United States on March 23, 2018
Verified Purchase
This novel is a fascinating take on the "reincarnated into a video game/fantasy world" genre, and an excellently executed one as well. What immediately stands out is both the female protagonist, uncommon in this genre, and the setting; rather than the usual fantasy RPG setting, this world is set in a music-based "otome" game (a female-oriented dating sim). I was curious how this setting would work in a book like this, but the story manages to keep just the right mix of genre awareness and sincerity to make it work. The two rivals for the heroine's affections, Kou and Sou, act in ways that are nothing like actual elementary school boys, which is often played for comedy, but the author also writes them as layered characters beyond the usual trope checklist. The heroine herself is another high point; it's inspiring to see a lead character commit to something as hard as she does, as she does with learning the piano. The author has a clear love for classical music and playing the piano, and that love is infectious.

Beyond being a competently executed "reincarnation fantasy" story, what elevates this book is the mystery and sense of danger that builds as the readers are gradually given hints about the reality behind this world. It's clear very quickly that the other character reincarnated with the heroine is locked in a desperate, secret struggle against an unknown force, and while not everything is revealed, this gives a sense of urgency and threat that one would not expect from an otome game adaptation. What glimpses the readers are given of the heroine's past can be heartbreaking as well, which gives more weight to her choices in this next life. This book, in both tone and characters, reminds me a lot more of novels like Re:Zero and Empty Box, than the usual light, wish-fulfillment fiction light novels are known for.

This is an impressive and excellent first volume, and i can't recommend this enough. The characters are layered and developed in fascinating ways, the world setting is both amusing and sinister at times, with a sense of dark mystery hidden around the edges and in the background. Musicians and music lovers will appreciate the author's own enthusiasm as well, with the numerous references to famous composers and symphonies. I eagerly await the next volume.

Also: two very big thumbs up to the editor and translator of this novel. They did such a good job that I felt like I was reading a Japanese story written by a native English speaker. Everything was fluid, natural, and let the author's words shine. Very well done!
Read more
5 people found this helpful
Helpful
Report abuse

Amazon Customer
5.0 out of 5 stars A fun read for otome game fans
Reviewed in the United States on April 23, 2019
Verified Purchase
There's a glutton of isekai light novels, manga, and anime out there so what makes this one special? For one, the heroine isn't a natural prodigy -- she works hard and she just wants to live out the life she wants instead of following the game. The subplot involving a couple of side characters (to avoid spoilers) is one of my favorite parts. There's a deep underlying scheme underscoring everything that is happening and I'm excited to learn where it will lead!

What's unique about this novel and the next is that they are setting up for an additional two novels, one for each of the heroes! No more crying about your side losing the love triangle, you will be able to read the romance you prefer by the end of the series!

Because it's set in elementary school it's filled with cute scenes. The entire cast is great. I found myself loving all of them and enjoying the situations they found themselves in. The second book comes out soon and I can't wait!
Read more
2 people found this helpful
Helpful
Report abuse

r.s.
5.0 out of 5 stars Ps. Maybe make another series.
Reviewed in the United States on July 2, 2018
Verified Purchase
I loved the book i really want another though the way the illustrations are and how they all talk and how the author wrote how the character felt. I really want book 2 to be about when she gets out of middle school and she meets sou again because he came to see her again for his or her birthday. Over all this the first light novel i have read and i am super happy i chose to read this one! P!ease make another one of else i will DIE so please keep working on this series!! And I hate cliff hangers so update please!! I suggest this light novel for people who are just starting to read light novels!!!! Keep up the good work!!!!!!!!!!!
Read more
One person found this helpful
Helpful
Report abuse

Quietquil
5.0 out of 5 stars Very enjoyable
Reviewed in the United States on August 14, 2019
Verified Purchase
I like that the main character doesn't just get reincarnated with cheats. She works super hard for all of her accomplishments. So far this is a cute enjoyable story.
Read more
Helpful
Report abuse

Sean Farinaccio
5.0 out of 5 stars Fantastic!
Reviewed in the United States on November 28, 2018
Verified Purchase
Where is volume two? This is a no brained and superbly fun fluid read. I’ll be devastated if there isn’t
More to come
Read more
2 people found this helpful
Helpful
Report abuse

Sug yen chiu leon
4.0 out of 5 stars Thank You For Making This Story
Reviewed in the United States on March 21, 2018
Verified Purchase
I'm a fan of Japanese web novels, specially with female protagonists and also I like classic instruments, every time I read a novel I have to listen to piano songs, as a form of extra relaxation and concentration, which are a lot of anime's OST, asian influenced songs, and some European songs. This is like a good combination of both, and I like how Natsu puts effort into the knowledge about classical music. I can't wait to read Volume 2. I'm looking forward to its release.
Read more
Helpful
Report abuse

Jason
5.0 out of 5 stars Great Musical Novels!
Reviewed in the United States on October 7, 2019
Verified Purchase
I really enjoyed Natsu's themes in this and the first volume. I'm looking forward to the Kou and Sou routes.
Read more
Helpful
Report abuse
See all reviews

Magi
5.0 out of 5 stars Excellent story
Reviewed in Canada on May 12, 2018
Verified Purchase
This is only the first volume of the story, but I am thoroughly impressed. From the depth of knowledge the author shows about classical music, to the characterization and story pacing, everything is done extremely well. Otome and shōjo fans should read this for sure!
Read more
Report abuse
See all reviews