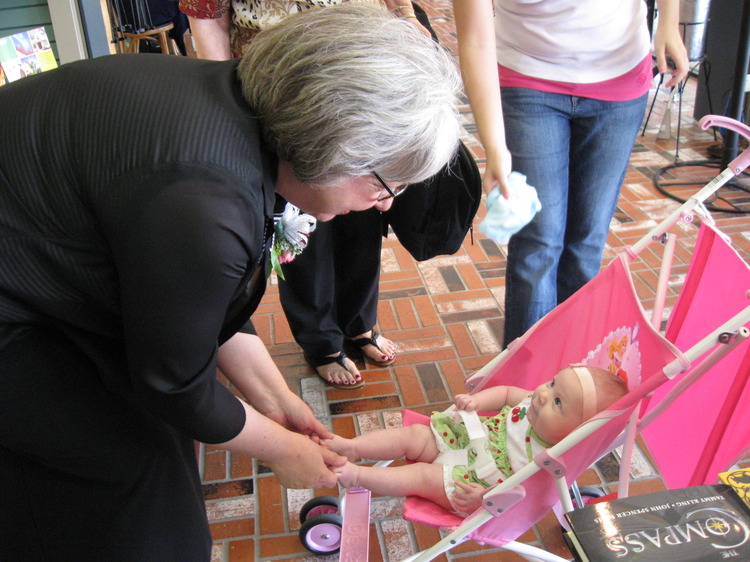 by Lynda J. Coker (Author)
4.1 out of 5 stars 8 ratings
See all formats and editions
Sorry, there was a problem loading this page. Try again.
Victoria Ballard, a New York financial executive, is one woman who considers men to be an unnecessary bother and annoyance. With her career on track, she focuses on the adoption of four beautiful orphans, a crowning completion of her well-designed life-plan. But, life is a nasty trickster, and it's about to spring one on her. Unknown to Victoria, PRINCE RASHID DAVAR has just completed a marriage contract with her father. However, what the Prince does not realize is that it is easier to marry a woman than it is to control one. She may be his wife, but it will take a kidnapping, a battle of wills, and some desert heat of his own before he can claim her love.
Read more
Previous page
Next page

"Tough Tug" by Margaret Read MacDonald or $10.99
Tough Tug is a brand-new boat. He likes to swirl and twirl―and run and race. | Learn more

Denise Davis
5.0 out of 5 stars Timeless Contemporary Romance!
Reviewed in the United States 🇺🇸 on January 29, 2010
Verified Purchase
I have read a lot, but there are very few books that I can say that are my favorite as in 'of all time', compared to classics like Jane Eyre, Pride & Prejudice and Mansfield Park. This contemporary romance, is not like those books mentioned except for the fact that, to me, this is 'timeless'.
Victoria Ballard is a Financial Executive in NYC NY and really can't bother with men, as they are unnecessary to her. Happy with her career, she focuses on the four adorable orphans that she plans to adopt. Then comes her worst nightmare. She doesn't know, that her father, for his own particular reasons, has married her off to Prince Rashid Davar in a binding contract. Rashid has more than he can handle, when he meets her and she openly objects. Victoria takes the situation in her own hands.
He has to kidnap her, battle her, before he can really get her to love him. This book is so so fantastic, I will read this one over again!You can understand where Prince Rashid is coming from. He's from the middle east, and the lifestyle is way different than that of America. You can see at times that he is trying very hard to get her to love him. You can also understand Victoria's anger, because she's in the dark, so she fights him at every turn until she is finally exhausted and can't anymore.
Another plus is, the consummation is 'announced', but no detail, which is why I totally love this book. There is a secondary romance with Prince Rashid's First Regent, Califar and Victoria's 'wild' best friend Jessica. Anyway, Victoria has an emergency to deal with back home. She's afraid to trust him and tell him the truth, so when the Prince refuses to let her go, she totally says something to hurt him, heart and soul and he gets rid of her, but surprisingly does not divorce her. So that, and a very other important fact, along with a plan created by Jessica, gives her the courage to go back and tell him that she loves him. How that happens, and the group responsible for his change of heart is a super great ending. I definitely recommend that you buy this one. The next story with Califar and Jessica, I know is going to be just as good.

RYCJ
VINE VOICE
5.0 out of 5 stars Engaging!
Reviewed in the United States 🇺🇸 on December 7, 2009
Verified Purchase
I totally was unprepared for this unique treat. Aside from the storyline... a contractual marriage arrangement (unknown to the bride) between father and groom...we have one (biting American) New York financial executive, a tycoon of a businessman/father, and one (stately) Prince from 'the East' explained through dialogue and word choices I honestly (I guess more so than did not expect)... found different, though more surprising however, in a realistic good way.

Just those perimeters alone will `Will' readers into this romantic tale goaded none other than by titivating interest watching culture and customs collide all the way from America to the Middle East... from cement to sand... kidnapping to love found. Mostly however, I really enjoyed the dialogue... richly written... very impressive.

...and the cover (of course) is gorgeous... Loved that Cover... something like icing on a cake. Thumbs up intriguing.
Read more
2 people found this helpful
Helpful
Report abuse

DG
4.0 out of 5 stars loved!!!
Reviewed in the United States 🇺🇸 on January 24, 2015
Verified Purchase
I will probably get a lot of push back because of the male dominance in this book but I LOvEd it!! I loved that the writer invoked such passion and love without being crude or descriptive. I don't know if there are men who really talk the way Rashid did but wow!!! I hung on their interactions with each other. Thank you and I look forward to other releases!
Read more
Helpful
Report abuse

AtlantaT
3.0 out of 5 stars Not what I expected
Reviewed in the United States 🇺🇸 on December 19, 2012
Verified Purchase
This was recommended by a friend and not at all what I was expecting. The story line was a little unbelievable but in general the story was OK.
Read more
Helpful
Report abuse

Jody Gore
4.0 out of 5 stars The Ocean Between by Lynda Coker
Reviewed in the United States 🇺🇸 on August 20, 2009
In The Ocean Between by Lynda Coker, Victoria Ballard is a strong-willed woman of this century. She knows what she wants in life and goes after it with a vengeance, letting nothing stand in her way. She knows she doesn't want a husband or anything that will interfere with her plans. She understands men and really has no use for them and their arrogance.

Her father, Jacob, concerned for her safety after a couple of dubious decisions he made about some land in the Middle East, barters with Prince Rashid Davar, arranging a marriage between the two. After tricking Victoria into signing the documents proclaiming her Rashid's wife, they drop the bomb on her.

Victoria is understandably incensed at her father's trickery.

Prince Alif Benhamin Rashid Davar is also unbending and used to getting what he wants. He can be ruthless in his business dealings, willing to take risks others would think twice about. At first he is loathe to accept Jacob's proposal, but soon changes his mind after seeing Victoria. What would it take to soften such a woman? His reluctance turns to desire to own such a woman.

When Victoria sneaks away after being informed of her marriage, Rashid kidnaps her, puts her on his private jet and whisks her away to his home country.

The battle of wills that ensues is truly an entertaining read. Victoria is unwilling to be any man's "property." She has her own life and her own ideas on how that life will be lived. She is not going to bend to any man's will.

Rashid learns the hard way that Victoria is not like any other woman he has known. She will not be owned. He must learn that to have her respect and love, he must earn it. Disinclined to listen or understand Victoria could cost them both in the end.

Lynda's Coker's book shows the cultural differences these two must overcome if they have any hope of bridging The Ocean Between and finding love and happiness. If you are a fan of contemporary, combative romance, where both hero and heroine must bend but neither is willing to do so, you will truly enjoy this book. I look forward to reading more from this author.