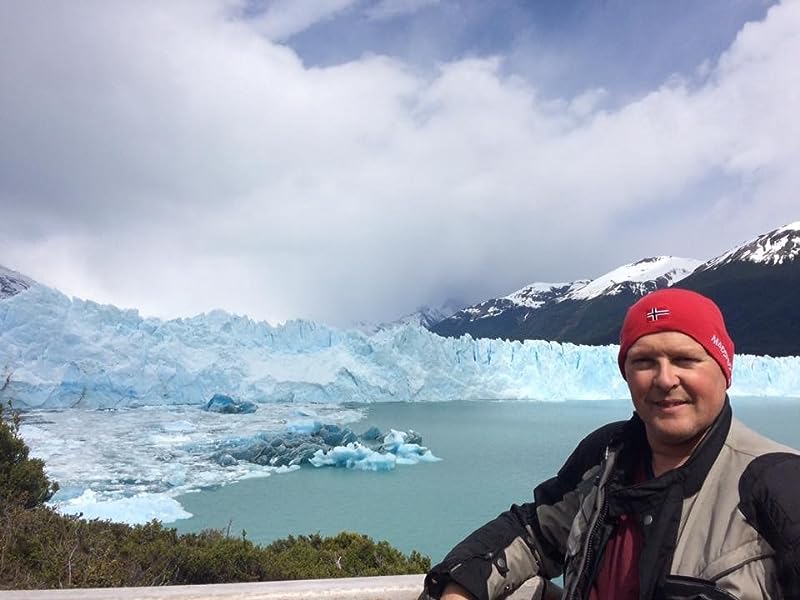 "The Oceans is extremely thorough, appropriately so for a topic of such profundity. The book also covers a tremendous amount of ground with dizzying speed.", Foreword Reviews

"The density of information and Rohling’s clear, concise explanations make for exhilarating reading, not least because his delight in his subject matter is so palpable. Most importantly though, Rohling’s long view makes clear the vast scope of the transformation of the oceans taking place around us, underlining not just the effect on ecosystems and biodiversity, but also its geological scale."---James Bradley, The Australian

"In an incredibly detailed 262-page hardcover volume titled The Oceans: A Deep History, Rohling shakes up every reader who . . . [dives] into the massive amount of worrisome information"---Judy Siegel-Itzkovich, The Jerusalem Post

"Paleoceanography, Rohling’s area of expertise, is the study of ancient oceans and ancient climates as they changed and developed together over geologic time. It involves analyzing data like layers of sediment taken from the seabed. Much alarming information can be learned this way, as Rohling demonstrates, about how today’s oceans are likely to respond to climate change--with greater acidification, sea-level rise, mass extinction and so forth. But because storms leave no geological record, the precise effect of global warming on hurricanes is harder to gauge. Still, Rohling is confident that the combination of rising sea levels and some form of increased storm intensity 'spells doom' for the world’s coastal regions. For surfers, rooting for hurricane swell may be increasingly difficult to rationalize."---James Ryerson, New York Times

"The Oceans: A Deep History oozes with the enthusiasm and passion that Eelco has for geology and palaeoceanography and the awe that he has for how the Earth came to be what it is today. . . . A brilliantly masterminded book, full of necessary detail that builds a compelling argument from 4.6 billion years of evidence and which culminates in an undeniable conclusion."---Jennifer D. Stanford, The Holocene

"This book is not only an invaluable introduction to the cutting-edge science of palaeoceanography but also a crucially important text for students approaching all different fields of marine sciences."---Roberto Danovaro, Current Biology Magazine

"If you want to understand the planet and climate change, this book is for you."---John R. Platt, EcoWatch

"Very informative, extensive, and full of necessary detail . . . . this book clearly teaches the many relevant lessons needed to understand the climate change of today and what happens when our atmosphere and oceans change."---Miguel Furtado, Conservation Biology

"For science readers looking for something new, [The Oceans] is a treat."---John Farrell, Forbes.com,

"Oceans are the vehicle of climate change―on land and sea. Rohling's presentation of the ocean's history―and thus our climate's history―is erudite yet accessible to a broad audience interested in the future of our planet."―James E. Hansen, Earth Institute, Columbia University

"In this compelling book, prominent paleoceanographer Eelco Rohling provides the perspective needed to understand the current and future health of our oceans and their role in our rapidly evolving new world."―Paul Andrew Mayewski, director of the Climate Change Institute, University of Maine

"In relating the long history of the oceans in the context of climate, Rohling brings together the important idea that climate control on long timescales is a mix of tectonics, ocean circulation, and carbon storage―with carbon storage being a euphemism for ‘How much CO2 is in the atmosphere?'"―Elisabeth L. Sikes, Rutgers University

"Oceans are the vehicle of climate change--on land and sea. Rohling's presentation of the ocean's history--and thus our climate's history--is erudite yet accessible to a broad audience interested in the future of our planet."--James E. Hansen, Earth Institute, Columbia University

"In this compelling book, prominent paleoceanographer Eelco Rohling provides the perspective needed to understand the current and future health of our oceans and their role in our rapidly evolving new world."--Paul Andrew Mayewski, director of the Climate Change Institute, University of Maine

Eelco J. Rohling is professor of ocean and climate change in the Research School of Earth Sciences at the Australian National University and at the University of Southampton’s National Oceanography Centre Southampton.
Read more

Paul M Conlin
5.0 out of 5 stars Pulls together lots of subjects
Reviewed in the United States on February 27, 2018
Verified Purchase
Good overview of lots of ancillary topics like weathering thru different epochs. Also gives good context that even when global warming kicks in, the Earth will still be relatively cool compared to past ages. I'm still skeptical, though, that examining what happened in past carbon cycles, which extended over tens of millions of years, is useful in preparing for the coming carbon cycle of <300 years (1800-2100).
Read more
Helpful
Comment Report abuse

Dick. Franklin
5.0 out of 5 stars How Our Climate came to be and Importance of maintaining it
Reviewed in the United States on January 27, 2020
Verified Purchase
This book is an excellent overview on the development of the planet and the forming of our oceans. In addition it describes how life developed as well. It is a worthwhile reference. I purchased a number of copies for my friends and children of high school age.
Read more
Helpful
Comment Report abuse

Jacob Palme
5.0 out of 5 stars History of earth with main interest in the oceans.
Reviewed in the United States on June 16, 2019
Verified Purchase
Gave me more understanding of how earth has evolved and in particular how the oceans evolved. Good companion to other books about the history of life on earth such as "A new history of life" and "Rare Earth".
Read more
Helpful
Comment Report abuse

Luci Cano
5.0 out of 5 stars Oceans are important
Reviewed in the United States on November 4, 2019
Verified Purchase
understand our ocean and their impact on global climate and more
Read more
Helpful
Comment Report abuse

Maxine McLister
4.0 out of 5 stars Fascinating History of Oceans & How They Affect Climate
Reviewed in the United States on December 10, 2017
"It has often been said that we know more about the moon than we do about our oceans…Scientists know that our actions today are shaping the oceans and climate of tomorrow – and that if we continue to act recklessly, the consequences will be dire."

It is perhaps our belief that we know so little about the oceans and their importance to the planet and everything on it and how our actions affect them that allows us to continue our destructive ways. In his book The Oceans: a Deep History, Eelco J Rohling, professor of ocean and climate change, explains the 4.4-billion- year history of the oceans and how they affected climate in the past and how they continue to affect it in an effort to dispel our ignorance of one of earth’s most important resources. I found much of the book fascinating: underwater volcanoes; chemical changes over time eg. the effects of oxygen, once destructive to life, now so important to it; how natural phenomena including the movements of the continents affect them; more importantly, how our actions are affecting them; and how all of this has affected and continues to affect the climate.

As someone with little science background, I would be lying if I said I understood everything. Often I found myself bogged down by technical language and struggled frequently despite Rohling’s explanations but that is my problem, not that of the book. What was clear, however, was the importance of the role of the oceans to the planet and everything on it including us, the damage we are doing to them, and what our future may look like if we don’t stop.