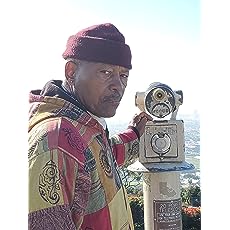 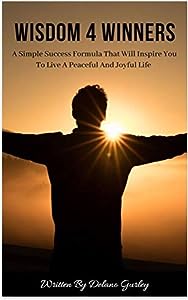 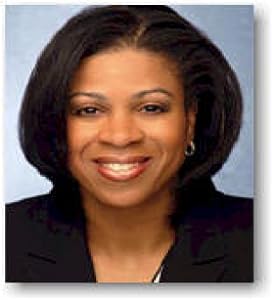 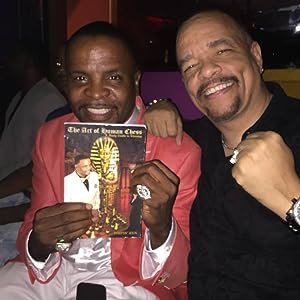 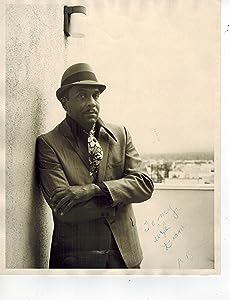 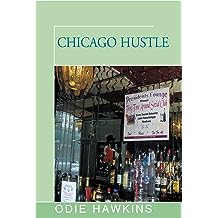 Chicago Hustle Apr 5, 2016
by Odie Hawkins
( 3 )
$3.99
There was no sharper con man on the streets of Chicago than Elijah Brookes. Women were his preferred prey—but no mark and no bankroll was safe when Elijah was on the prowl.

Cool, beautiful Toni warned him, “Elijah, brothers be playin’ games so hard sometimes they don’t know when to stop. You know what I’m sayin’?”

Elijah Brookes had to learn the ultimate lesson the hard way. So many games to be played, so little time.
Read more
Other Formats: Paperback , Mass Market Paperback 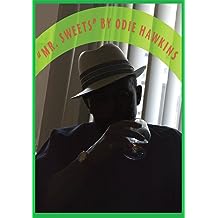 Sweet Peter Deeder Ii A.K.A. ‘Mr. Sweets' Jun 12, 2008
by Odie Hawkins
( 6 )
$3.99
First off I have to say this loud and make it very clear from the very beginning; I am a descendant of one of the royal houses of African-American pimping. Let me add, I am a proud descendant.

I know what Im about to tell you is going to rustle some feathers, make no mistake about that, but thats the way its been with me all my pimping life. When I say Im a descendant of one of the royal houses, I mean it. I can back it up with bona fide DNA/geneo-logical evidence.

Now then, having said that, I want to make it clear that my economic/sexual activities stem directly from my introduction to The Prince by Niccolo Machiavelli and The Kama Sutra, that love treatise for the ages. And, my life long dream to explore an area of human endeavor that has seldom been explained in any reasonable way.

Id like to make that the linchpin word for this book, reasonable.
Read more
Other Formats: Paperback 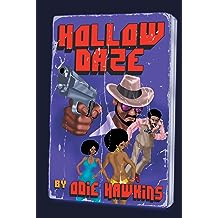 Hollow Daze is the fictional account of an imaginary publishing house and the shenanigans that occur between the publishers and the writers whose books have been published by this publishing house.

The novel is written in a semi-documentary style, with excerpts from the works that each of the writers have had published, all of it covered by the dark umbrella called Urban Fiction, meaning that the writers are African-Americans or Euro-Americans trying to write Black. 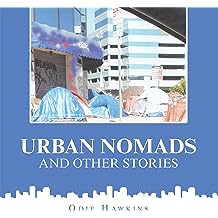 Urban Nomads and Other Stories Dec 19, 2019
by Odie Hawkins
$3.99
“Urban Nomads and Other Stories” offers the reader the possibility of being able to experience lifestyles, different people, circumstances that he/she might not ever experience during the normal course of their daily lives.
In the era of “Fake News” and attacks on journalists, you read about two journalists who immerse themselves with urban nomads to get the story their editors’ want for City Beat Magazine.
Those familiar with barbershops know that there is a different vibe culturally in a shop that is in one area of town versus another area. This book gives you a chance to visit a barbershop in Compton, California where elders still get respect.
Times of racial tension are not much different than they were years ago. 1960’s period piece of “Racial Stuff”, provides insights on what a Northern Black man experienced in the Deep South.
Unique experiences of a Black boy’s with “Five Uncles and a Daddy”. All families, especially Black families are not the same. All poor families are not the same as all “po” families.
There’s a “Honeymoon Tent” on St. Julien Street, which shows some people don’t surrender to their circumstances.
Finally, there are photos that take you onto the streets, moments in time in “Urban Nomads”.
There is a strong possibility that a close reading of this book will change their lives positively, forever.
Read more
Other Formats: Paperback 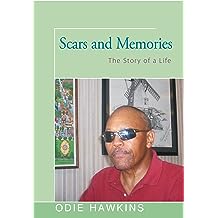 Scars and Memories: The Story of a Life Apr 5, 2016
by Odie Hawkins
$4.99
The deeply personal story of Odie Hawkins’s journey, from “the poorest of the poor” childhood in Chicago to Hollywood screenwriter—and the people who deeply mattered. A tough, touching autobiography.
Read more
Other Formats: Paperback 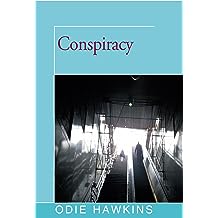 Conspiracy Apr 5, 2016
by Odie Hawkins
( 1 )
$3.99
Henrik Malan was the South African secret agent who devised the plan to have the Black American ghettos destroy themselves by supplying them with a cheap but highly addictive drug known on the streets as “Ghetto Blaster.”
Read more
Other Formats: Paperback 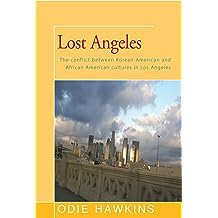 Lost Angeles: The Conflict Between Korean-American and African Americans Cultures in Los Angeles Apr 5, 2016
by Odie Hawkins
( 4 )
$3.99
In the post–Watts Rebellion 1970s, Chester L. Simmons takes up the study of martial arts—Hapkido and Tae Kwon Do. Author Odie Hawkins, using his special blend of wry humor, incisiveness, and sensitivity, takes alter ego Simmons through that experience, as well as a series of misadventures writing movie and television scripts for Hollyweird studios.
Read more
Other Formats: Paperback 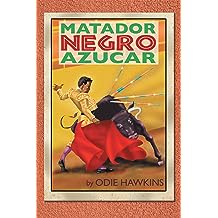 The Black Matador, "Sugar" Feb 12, 2013
by Odie Hawkins
( 1 )
$3.99
The Matador Negro Azucar (Black Matador, Sugar), is the story of a young African-American man, born and raised on the Southside of Chicago, who is obsessed by the idea of becoming a matador. Chester Simmons is opposed by his parents.

Bullfighting!? Get serious about yourself, Chester!

Dondisha Phillips, the kindergarten teacher who loves him, Chester, you could get hurt messin around with those bulls.
Chester trips to Mexico City. He spends time in the projects called Tlaltelolco before he does an espontaneo/jumps into the bullring during a fight in the Plaza Mexico. He does four suicidal passes and is taken under the wing of an unscrupulous promoter, -- re-named Matador, Juan Negro, Azucar.
Seor Flores holds him as an indentured servant/bullfighter until Maya de las Reyes, the great Mexican artist, bails him out.

He returns to Chicago to work under his father in Gelmans Electronic Affairs. He uses his knowledge of the bullfight to create a
bullfighting video game (funded by Mr. Gelman) that makes him a wealthy twenty some year old.

Whenever he is asked about his year as a Matador, he answers, I lit my fire, I greased my skillet and I cooked.
Read more
Other Formats: Paperback 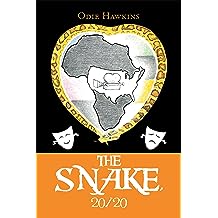 The Snake, 20/20 Jun 3, 2020
by Odie Hawkins
$3.99
Odie Hawkins created the Pan-African Occult genre and “The Snake 20/20” is one of his finest examples of that genre.
Hawkins seduces us from the Frankensteins, Werewolves and Vampires of Europe, to take a more profound look at the mythical-spiritual life of Ghana, West Africa. JuJu is an entrenched part of that experience. What is JuJu? Read “The Snake 20/20” for more information. If you doubt the validity of the story, Google “JuJu, Snake, Ghana”.
Read more
Other Formats: Paperback 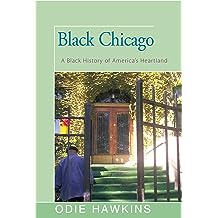 Black Chicago: A Black History of America's Heartland Apr 5, 2016
by Odie Hawkins
$3.99
Chicago, the center of America’s heartland, from its founding in the late 1700s by Jean Baptiste Point du Sable, a French-educated black man, to the modern day Gypsies who live on Maxwell Street. It’s a city steeped in Black History. This is the story of a city where a unique African American history has grown, a center for the emergence of jazz, blues, dance, art, and the DuSable Museum of African American History.
Read more
Other Formats: Paperback 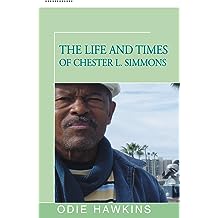 The Life and Times of Chester L. Simmons Apr 5, 2016
by Odie Hawkins
$3.32
Let Chester take you on a journey through Spain in his search to find himself—and write about it. He hooks up with “El Encanto”, a star-crossed matador. Then back to the States, where he meets and marries the love of his life. A honeymoon in West Africa leaves them yearning for a place they’ve never known, but feel is their home . . .
Read more
Other Formats: Paperback , Mass Market Paperback 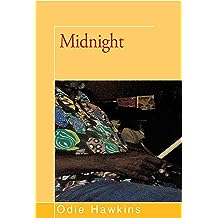 Midnight Apr 5, 2016
by Odie Hawkins
( 1 )
$3.99
Midnight offers us a sensitive view inside the soul of a young African American gangster who is influenced by an older man, a convict, to look into his African side.

“You may not be what they’ve told you that you are, over here. When you check out where we came from.”
Read more
Other Formats: Paperback , Mass Market Paperback