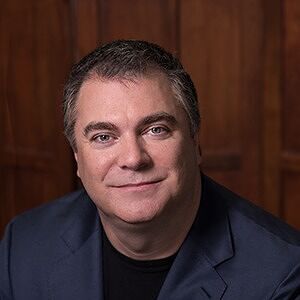 Off Balance: Getting Beyond the Work-Life Balance Myth to Personal and Professional Satisfaction Paperback – July 5, 2015

by Matthew Kelly (Author)
4.6 out of 5 stars 203 ratings
See all formats and editions
Sorry, there was a problem loading this page. Try again.

He has dedicated his life to helping people and organizations become the-best-version-of-themselves. Born in Sydney, Australia, he began speaking and writing in his late teens while he was attending business school. Since that time, 5 million people have attended his seminars and presentations in more than 50 countries.

Today, Kelly is an internationally acclaimed speaker, author, and business consultant. His books have been published in more than 30 languages, have appeared on the New York Times, Wall Street Journal, and USA Today bestseller lists, and have sold more than 45 million copies.

In his early-twenties he developed "the-best-version-of-yourself" concept and has been sharing it in every arena of life for more than twenty-five years. It is quoted by presidents and celebrities, athletes and their coaches, business leaders and innovators, though perhaps it is never more powerfully quoted than when a mother or father asks a child, "Will that help you become the-best-version-of-yourself?"

4.6 out of 5 stars
4.6 out of 5
203 global ratings
How are ratings calculated?
To calculate the overall star rating and percentage breakdown by star, we don’t use a simple average. Instead, our system considers things like how recent a review is and if the reviewer bought the item on Amazon. It also analyzes reviews to verify trustworthiness.
Top reviews

Rebecca
5.0 out of 5 stars Changed my perspective and opened my mind
Reviewed in the United States on July 22, 2020
Verified Purchase
This book was everything it says it will be. I have provided over 10 copies (so far) and will continue to provide copies to small business owners that are looking to find satisfaction in their life. The focus is not on work/life balance, rather finding joy in all you do and being intentional about your decisions.

The book has changed the way that my business partner and I approach our employee relationships to ensure they also find satisfaction both at home and at the office. One bleeds into the other. I would recommend this book to anyone that is looking to determine what "balance" means in their life. I could not be happier with my purchase.
Read more
2 people found this helpful
Helpful
Report abuse

Truegrits
5.0 out of 5 stars Personal and Professional Satisfaction a better goal than balance.
Reviewed in the United States on August 28, 2020
Verified Purchase
This book would be helpful preparation for people preparing for a job interview or career change. Pursuing Personal and Professional Satisfaction is a wiser path than chasing a balance of pleasure and pain. We have seasons that are imbalanced, but keeping satisfaction in mind rather than pleasure, is a goal that is attainable. This is a book I will try to share with others.
Read more
Helpful
Report abuse

Cynthia
5.0 out of 5 stars Great lessons for work and life
Reviewed in the United States on March 21, 2021
Verified Purchase
Puts into perspective the importance of balancing your energy and recognizing what is draining your energy to better plan your days. I learned valuable information that will help my personal and work life - after all, they do run together most of the time.
Read more
Helpful
Report abuse

Sam W.
5.0 out of 5 stars As we understand it, WLB is a myth. This book explains why.
Reviewed in the United States on June 5, 2018
Verified Purchase
Great message. We shouldn't expect perfectly-balanced lives in the short term. Life and work throw unexpected curves, and if you're expecting a perfect balance, you will be disappointed.
Read more
One person found this helpful
Helpful
Report abuse

Phenomari
5.0 out of 5 stars Practical steps to a satisfying life
Reviewed in the United States on July 21, 2020
Verified Purchase
Matthew Kelly provides simple advice on how we can make our lives richer and more satisfying. Advice so simple, but not easy for it requires our will and our responsibility.
Read more
Helpful
Report abuse

Salisa
5.0 out of 5 stars Great book!
Reviewed in the United States on January 20, 2018
Verified Purchase
This book really made me think. The discussions about managing my energy was my favorite part of the book. A great read for anyone feeling off balance.
Read more
One person found this helpful
Helpful
Report abuse

John Tyson
5.0 out of 5 stars A great read!
Reviewed in the United States on April 25, 2021
Verified Purchase
Another simple and practical book that can improve your personal and professional life. I read everything Matthew writes and I’m never disappointed.
Read more
Helpful
Report abuse
See all reviews

Shirley D
5.0 out of 5 stars Life Changing If Practiced
Reviewed in the United Kingdom on July 19, 2014
Verified Purchase
This book was very practical. It has exercises for you to through out. It was easy to understand and wordy at times at the beginning but it gives you great direction on how to live a satisfying life. How to set your priorities.

I loved the section on life philosophies. It really makes you think about the way you are currently living your life verses what you really want / need out of your life and how you can take action to create the life you really want to live. Unlike lots of other self help books this book is more honest about the limitations of life, you can't have everything and it certainly won't all fall in place in a heart beat but with daily practice you can cultivate each slice of your life to what you need it to be in line with your priorities. My goal - to be the best version of myself - love that life philosophy. Great book.
Read more
One person found this helpful
Report abuse

Nomad in Caledonia
4.0 out of 5 stars Worth a read
Reviewed in the United Kingdom on January 14, 2012
Verified Purchase
interesting perspective on how to approach the the multiple priorities in your life with key message that when you are satisifed both at work and home with an equal focus, it matters more than drawing an artificial balance line. I can relate to this conclusion hence recommend the book.Reads well, but in few places a bit elementary and obvious...Certainly helps to to sit down and think so definitely recommend for those who have to juggle it...
Read more
One person found this helpful
Report abuse

Page 1 of 1 Start overPage 1 of 1
Previous page
Next page
Pages with related products. See and discover other items: The Books of Matthew
Back to top
Get to Know Us
Make Money with Us
Amazon Payment Products
Let Us Help You
EnglishChoose a language for shopping. United StatesChoose a country/region for shopping.
© 1996-2021, Amazon.com, Inc. or its affiliates