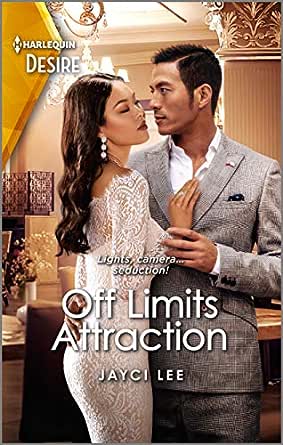 You've subscribed to The Heirs of Hansol! We will preorder your items within 24 hours of when they become available. When new books are released, we'll charge your default payment method for the lowest price available during the pre-order period.
Update your device or payment method, cancel individual pre-orders or your subscription at
Your Memberships & Subscriptions
There was an error. We were unable to process your subscription due to an error. Please refresh and try again. 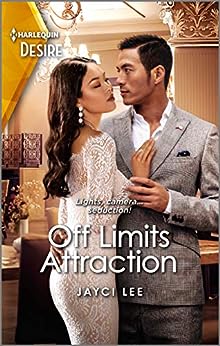 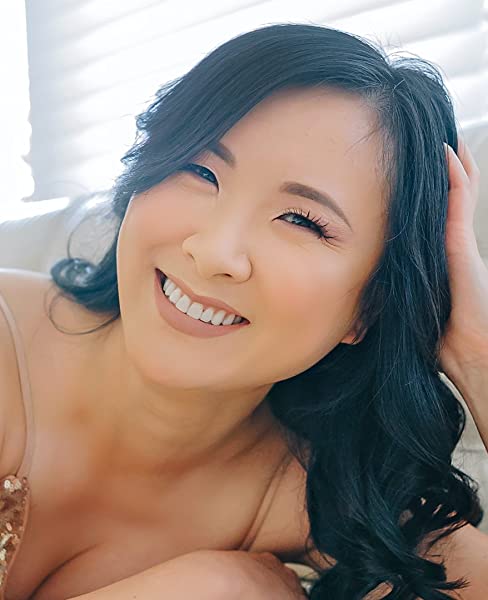 Off Limits Attraction: A worklace enemies to lovers romance (The Heirs of Hansol Book 3) Kindle Edition 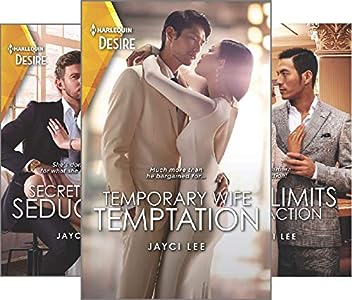 “The rich lifestyles, family secrets, and exciting Los Angeles setting are all enchanting, but depth and heart are found in how these two endearing characters become better versions of themselves through their love.” —Booklist
--This text refers to the mass_market edition.

Jayci Lee writes poignant, funny, and sexy romance. She lives in sunny California with her tall-dark-and-handsome husband, two amazing boys with boundless energy, and a fluffy rescue whose cuteness is a major distraction. She is semi-retired from her 15-year career as a defense litigator, and writes full-time now. She loves food, wine, and travelling, just like her characters. Books have always helped her grow, dream, and heal. She hopes her books will do the same for you. --This text refers to the mass_market edition.

The Rice Review
5.0 out of 5 stars Hot attraction
Reviewed in the United States on December 20, 2020
Jihae Park keeps a cool face no matter what is happening. Yet, she has a hard time keeping it together when she meets film producer, Colin Song. He recruits her to invest in his movie and the two vow to remain professional though there is an almost immediate attraction. An attraction that grows into a hot affair which might become something more. If only Colin didn't have a secret that could destroy their romance.
Off Limits Attraction is my second read by Jayci Lee, and I have seen so much growth in this work. I felt like she took the time to build the right setting and plot points that made this a strong story. The descriptions made me feel like I was in the story. On another note, I loved that this featured Asian characters and the cover is simply beautiful.
Colin and Jihae were hot together and I read this in hours. I loved how each character came into their own and I felt for Jihae's character. I was so glad to see her development and empowerment.
I look forward to reading more from this author. I feel she is going to get better with each book she writes.
Thank you #Netgalley and #Harlequin for the chance to read and provide a honest review.

Lynn Bethke
4.0 out of 5 stars Soap operatic
Reviewed in the United States on January 17, 2021
Jihae and Colin are both in the entertainment industry, both are heirs to business dynasties, and both can hardly resist the pull of the other. It's the final book in the Heirs of Hansol series and, while you don't need to read the first two, I suspect the experience will be richer if you do.

I liked Jihae a lot. By day she's the ice princess, dressed in white and imperturbable. But at home she's lounging in tracksuits and eating cheeseburgers. Her father keeps her on a short leash that she desperately wants to slip. She is definitely the stronger character of the two leads. Colin is well developed, but we certainly spend more time with Jihae, getting to know her.

I enjoyed this. It's a very pleasant read with characters in a high drama soap opera.

I received an ARC of the book from the publisher via NetGalley.
Read more
Helpful
Report abuse

AudioBookHoe
VINE VOICE
4.0 out of 5 stars For fans of jayci lee
Reviewed in the United States on February 8, 2021
This wasn’t my favorite jayci lee title but tried it because I liked the first book. I liked that the characters were opposites(she was a stuffy British-raised Korean woman and the hero was Korean American). The heroine was quite tall for a woman of Korean descent which I liked. She was also under a lot of pressure from her parents to live her life the way she wanted. I think what missed the mark for me was how little chemistry the characters had. They were attracted to each other for sure I just didn’t feel more than lust for them. The side plot of the hero initially trying to learn if her family actually did betray them was a bit hard to follow with interest but overall if you just want a quick steamy read this book can definitely give that!
Read more
Helpful
Report abuse

AndreaRomance
4.0 out of 5 stars Passion and intrigue
Reviewed in the United States on January 6, 2021
Colin and Jihae fight the instant attraction between them, knowing a romantic entanglement could damage their business relationship. But when the craving becomes too strong, they convince themselves that a fling won't hurt, as long as it's discreet. Over time, they grow closer, even as the secrets between them threaten to tear them apart. How can love survive when the trust between them is destroyed?

This is an emotional story full of passion and intrigue. I enjoyed the characters and sympathized with Jihae's family situation, how they tried to control her and use her as a pawn. It was nice to see her grow into her own power.

Thanks, NetGalley, for the ARC I received.
Read more
Helpful
Report abuse

jewlsbookblog
5.0 out of 5 stars Wonderful ending to the trilogy!
Reviewed in the United States on December 1, 2020
4.5 stars

Was anyone else anxiously waiting for Colin’s story?! I have been super curious about Colin since book one and I think he and Jihae were meant to be. The intimate conversations, their similar personalities, and fun hijinks made for an enjoyable read, but what I really loved was the way Lee pulled so many vulnerable emotions from these two. Colin and Jihae’s romance was a wonderful ending to a much loved trilogy!

I received an advance reader copy from Harlequin/Netgalley and this is my honest review.
Read more
Helpful
Report abuse

Robin Thomas
5.0 out of 5 stars Loved it!
Reviewed in the United States on December 15, 2020
There's something about seeing the Harlequin logo that has me one-clicking, ready to indulge in a great romance. And this author definitely brought me that. This story really got to me. Jaycee Lee is becoming a favorite.

Thanks to NetGalley for an early copy in exchange for an honest review.
Read more
Helpful
Report abuse

Eileen Wells
4.0 out of 5 stars Unexpected Love
Reviewed in the United States on December 6, 2020
Colin and Jihae’s story in Off Limits Attraction by Jayci Lee, book three in the Heirs of Hansol series, is an emotional, wonderful, uplifting, workplace romance that can possibly cause interference with our heroine’s family duty. Ice princess Jihae Park is a façade, thought up by her parents to help keep their company competitive and financially successful; not the real her. She has been trying to figure out how to gain her independence and get out from her father’s control. Deciding to have her entertainment division join forces with a film company Jihae chooses film producer Colin Song’s company. The electricity sizzles when Jihae and Colin are in the same room. Having a fling could jeopardize Jihae’s chance at achieving her own success as well as the movie they are making together. Jihae tries as she might to resist Colin, her attraction to him, and his amazing skills in bed she is unable to end things. There are a few problems and obstacles affecting this fling ending successful; number one being that Colin hasn’t been totally truthful with Jihae. It just might take a miracle, an amazing movie, and family support in order for Colin and Jihae to get a chance at a picture-perfect ending

Ms. Lee wrote an emotional and searing story that should not be missed. She provided a tale rich with sizzling chemistry, personal growth, and supportive characters giving Colin and Jihae a chance at a forever love. I highly recommend Off Limits Attraction to other readers and look forward to the next book in this series.

I voluntarily reviewed a complimentary copy of this book.
Read more
Helpful
Report abuse
See all reviews
Back to top
Get to Know Us
Make Money with Us
Amazon Payment Products
Let Us Help You
EnglishChoose a language for shopping. United StatesChoose a country/region for shopping.
© 1996-2021, Amazon.com, Inc. or its affiliates