The Official CIA Manual of Trickery and Deception and millions of other books are available for Amazon Kindle. Learn more
Share <Embed> 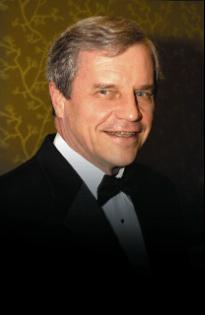 “An enchanting account of espionage and wizardry at their blackest.” (Peter Earnest, Executive Director of the International Spy Museum)

“Melton and Wallace have achieved the ultimate mastery of the shadow world where CIA’s smoke and mirrors meet Hollywood’s art of magic, deception and illusion. Like any good stage show, the never-before-disclosed techniques are spellbinding. The history of espionage is expanded by this factual, fascinating account.” (Tony and Jonna Mendez, Masters of Disguise)

“Entrancing! I was amazed to see how the magician’s trade can be twisted to aid in the dark arts of espionage.” (Jeff McBride, Creator of The Magic and Mystery School)

“Espionage and magic! A special thrill to read the once-classified CIA magician’s manual.” (Danny Biederman, author of The Incredible World of SPY-Fi)

Magic or spycraft? In 1953, against the backdrop of the Cold War, the CIA initiated a top-secret program, code-named MKULTRA, to counter Soviet mind-control and interrogation techniques. Realizing that clandestine officers might need to covertly deploy newly developed pills, potions, and powders against the adversary, the CIA hired America's most famous magician, John Mulholland, to write two manuals on sleight of hand and covert communication techniques.

In 1973, virtually all documents related to MKULTRA were destroyed. Mulholland's manuals were thought to be among them—until a single surviving copy of each, complete with illustrations, was recently discovered in the agency's archives.

The manuals reprinted in this work represent the only known complete copy of Mulholland's instructions for CIA officers on the magician's art of deception and secret communications.

H. Keith Melton, a graduate of the U.S. Naval Academy, is an intelligence historian and a specialist in clandestine technology and espionage "tradecraft." He is the author of several books, including CIA Special Weapons and Equipment, Clandestine Warfare, and The Ultimate Spy Book.

Robert Wallace retired from the CIA in 2003 with thirty-two years of service as an operations officer and senior executive, including an assignment as director of the Office of Technical Services. Wallace is coauthor, with H. Keith Melton, of Spycraft: The Secret History of the CIA's Spytechs from Communism to Al-Qaeda.

Start reading The Official CIA Manual of Trickery and Deception on your Kindle in under a minute.

4.3 out of 5 stars
4.3 out of 5
465 global ratings
How are ratings calculated?
To calculate the overall star rating and percentage breakdown by star, we don’t use a simple average. Instead, our system considers things like how recent a review is and if the reviewer bought the item on Amazon. It also analyzes reviews to verify trustworthiness.
Top reviews

James P.
3.0 out of 5 stars Bit of a let down. This is not a ...
Reviewed in the United States on August 27, 2017
Verified Purchase
Bit of a let down. This is not a manual (as in how to) as the title suggests...it is more of a history of spying from post WWII and the cold war. Thanks for letting me know they used signals for drop points and disguises to move around Russia...duh. From a historical perspective it was interesting, but I did not learn anything that I did not already know from the spy museum in DC.
Read more
59 people found this helpful
Helpful
Report abuse

Carmel_IN Reader
2.0 out of 5 stars Not a CIA manual
Reviewed in the United States on April 18, 2019
Verified Purchase
The title is deceptive. This is not a CIA manual. It is a book about alleged CIA manual contents with examples that are very dated tricks that are pretty lame by today's standards.
Read more
18 people found this helpful
Helpful
Report abuse

M. Heiss
TOP 1000 REVIEWER
4.0 out of 5 stars what is the modern-day cultural equivalent of social smoking?
Reviewed in the United States on May 6, 2020
Verified Purchase
How to do magic tricks

The book is out of date and largely based on behavioral and social customs from the 1950s and 1960s, especially for women tricksters. Many or most of the gestures involve lighting cigarettes, gesturing with cigarettes, offering cigarettes, accepting cigarettes, etc. But helpful: a trickster woman should not make any gesture that would make another woman suspicious. Woman tricksters should move slowly.

N.B.: It is easier to fool someone up close than someone far off

CHANCE L
4.0 out of 5 stars Nice book, including an intro from the former director ...
Reviewed in the United States on February 1, 2018
Verified Purchase
Nice book, including an intro from the former director himself. Two part book: history from the beginning of the agency before/during the cold war era, then about the text found in the rumored training manual thst taught agents slight-of-hand. I was actually hunting for more of a training manual hoping to read about topics such as survival tactics, which this book does not meet the criteria. Nevertheless, the topic is addictingly interesting and informative. If your interested in history of war or of magic (Houdini) or a fan of 007 kinds of subjects then you will find this worth the read.
Read more
7 people found this helpful
Helpful
Report abuse

William E. Gandy
3.0 out of 5 stars Old CIA Tricks.
Reviewed in the United States on October 11, 2016
Verified Purchase
This book is rooted in the past, but it's still an interesting read. If you want to learn how to drop a poison pill into your target's tea, this book is for you!
Read more
13 people found this helpful
Helpful
Report abuse

Conks
5.0 out of 5 stars Channel your inner spy
Reviewed in the United States on May 8, 2017
Verified Purchase
Great book on how espionage was carried out and most likely still carried out this day. Great piece of historical reference..
Read more
6 people found this helpful
Helpful
Report abuse
See all reviews

Amazon Customer
3.0 out of 5 stars Quite a good book at the time it was written
Reviewed in the United Kingdom on August 8, 2020
Verified Purchase
I was not very impressed with this book. it is very out of date nowadays. I do not see very much use for it nowadays.
Read more
Report abuse

Louie Blystad-Collins
5.0 out of 5 stars Great reference book from the 'Old School' of Field Operative Techniques...
Reviewed in the United Kingdom on September 4, 2012
Verified Purchase
This book is definately one for historical references, rather than a modern day take on C.I.A methodology. Having said that, many of the techniques described are most likely still being used to this day in the field, but they do feel like they were based on days gone by, especially during the cold war and any prior low-key, political conflicts. The book describes numerous methods for administering poisons and drugs to the target's drinks, how to conceal low tech weapons, and how to use slight of hand for either pocketing information, or concealing a transaction when under observation. It's more for the older more analogue generation, rather than the modern day operatives who mainly work from a distance and through IT interception and so on. Recommended for the serious collector and curious observer, not necesarily the high tech crowd. ( Louie Blystad-Collins -DoP- Bristol-England )
Read more
One person found this helpful
Report abuse

shelley hunter
5.0 out of 5 stars Not what you expect.
Reviewed in Canada on December 4, 2018
Verified Purchase
While I purchased this book expecting to read about CIA trade craft, instead I am immersed in a story about how one of the world's greatest magician helped the CIA become what it is today. A fascinating mix of history, diagrams and real world examples of how the techniques have been used in the past, I fully recommend this book to anyone who is interested in Spy Craft and slight of hand.
Read more
One person found this helpful
Report abuse