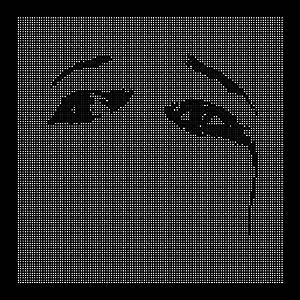 Deftones Format: Vinyl
4.8 out of 5 stars 1,268 ratings
Amazon's Choice recommends highly rated and well-priced products.
Amazon's Choice for "deftones ohms vinyl"
See all 5 formats and editions Hide other formats and editions
Includes FREE MP3 version of this album.&nbspProvided by Amazon Digital Services LLC. Terms and Conditions. Does not apply to gift orders.&nbspComplete your purchase to save the MP3 version to your music library.

Recorded at Henson Studios and Trainwreck Studios,Ohmsis an other-worldly body of work meticulously crafted by the 5 piece band. It is a magnificent tour de force and their first album in 4 years since the critically acclaimedGoreLP in 2016. The band, which includes Chino Moreno, Frank Delgado, Stephen Carpenter, Abe Cunningham, and Sergio Vega, has produced a dense LP with every member firing on all cylinders. The album also boasts a familiar collaborator in veteran producer and engineer Terry Date, who worked on 1995’sAdrenaline,1997’sAround the Furand 2000’sWhite Pony. All of the above assembles and sets the stage to deliverOhms;10 tracks of raw escapism and unparalleled grooves that have made Deftones' sound singular for over two decades.

4.8 out of 5 stars
4.8 out of 5
1,268 global ratings
How are ratings calculated?
To calculate the overall star rating and percentage breakdown by star, we don’t use a simple average. Instead, our system considers things like how recent a review is and if the reviewer bought the item on Amazon. It also analyzes reviews to verify trustworthiness.

IamBrewer
5.0 out of 5 stars really liking Ohms a lot
Reviewed in the United States on September 25, 2020
Verified Purchase
Been a fan since almost the beginning and appreciate something about each of their releases over the years. So happy to hear that they were in studio and that this was coming. I'm only about three listens in so far but am liking it a lot, right off the bat. Dropped this morning and haven't stopped listening. This one has all the things I like about Deftones throughout. Heavy riffs, vocal variance, catchy drums, etc. The mix is really good and Ohms sounds great, in my non-expert opinion. Everything sounds like it should. I think what makes it a "5 star" for me though, is the feel of this whole recording. It has something about it that is difficult to explain but there are layers and some sound walls that give it a certain feel or whatever that I'm really digging. Nicely done!
Read more
17 people found this helpful
Helpful
Comment Report abuse

Travis Nims
5.0 out of 5 stars Buy it if you love the Deftones; don't, if you are still hung up on ATF... You know who you are 🙄.
Reviewed in the United States on September 29, 2020
Verified Purchase
This album simply..... Rocks. Like most of their material, it's almost a combination of past styles with a dash of new; this album is like Diamond Eyes meets Saturday Night Wrist and self-titled.

The chords are a treat to the ears, with Steph playing the custom 9 string guitar. The riffs are heavier, the bass is banging, and the drums are kicking like they haven't in a while, kicking it up a few notches from their last release.

People are right to point out that, in general, it doesn't sound like the "usual" Deftones..... But why is that bad? You can hear Chino having fun, you can recognize Abe's style (that really comes out on a few tracks) Steph's shredding and Sergio is slapping some groove on it, they're just going about it a different way; a very, very good way. A fresh way.

The album is about resistance and balance, and that is apparent in every track...... whether it be through the lyrics, the discipline on the drum set, the tempo changes, the overall musical number in contrast with the vocal elements..... It's mmmmm mmmmmm good.

Side note, I personally think this is some of Abe's best.

JaguarDog
5.0 out of 5 stars Best album since Diamond Eyes
Reviewed in the United States on September 26, 2020
Verified Purchase
Excellent album. If is was a cassette, Side B would be worn out.
Read more
14 people found this helpful
Helpful
Comment Report abuse

gvsv525
5.0 out of 5 stars Deftones!!! 2020 needed this!!!
Reviewed in the United States on September 26, 2020
Verified Purchase
Deftones has peaked!! This is their opus. Every song a hit. No fillers. Welcome back boys!! ❤️
Read more
11 people found this helpful
Helpful
Comment Report abuse

A. Miller
3.0 out of 5 stars Cerebral
Reviewed in the United States on September 26, 2020
Verified Purchase
So, they brought Terry Date back.
I'll admit, I had certain expectations knowing Terry was at the helm again. Those expectations were not met with Ohms, but that's not necessarily a bad thing. It just means it will take a few more spins for me to understand the album and shed those expectations. And this album does in fact need some repeated listens for it to start to gel. It's not super accessible (again, not necessarily a bad thing), benefits from a good set of headphones (rather than the crappy speakers on your laptop), and requires some thought while listening to it. It demands you pay attention to it. There's a lot of texture and nuance here, and at first blush it's hard to find Deftones DNA. Sure, it sounds like there are elements of Gore, Koi No Yokan, and Saturday Night Wrist underpinning the aesthetic, but a lot of the chord progressions and melodies are new territory so far as I can tell. But it doesn't come off as a Chino side project either. This is very much a new animal, which is why casual listeners and/or longtime fans will take this one kind of hard. The interesting thing about any Deftones album is its ability to make you appreciate what came before it. I had a rough time with Gore, and while I think overall Ohms might be a better album (the mix is better, at least), I can honestly look back and appreciate things on Gore that I didn't get on Ohms. I might even say the best songs on Gore are better than any of the tracks on Ohms. That's the hardest part of this album, the lack of any one track that immediately grabs you, and you're like, "Yeah." Again, not a bad thing per se. Some of my favorite songs are those that took a while to come around to. At any rate, Ohms is experimental, avant garde metal if there ever was such a thing. I expect it will age decently, but I think I will always miss the familiarity you get, even in scant amounts, on every other Deftones album.
Read more
4 people found this helpful
Helpful
Comment Report abuse

Jamie
5.0 out of 5 stars Hell yes!
Reviewed in the United States on September 29, 2020
Verified Purchase
Deftones is evolving but staying true to their kick ass style! Safe to say it's on the same level with white pony and koi no yokan<3 I'll be getting it on vinyl next 🤘🏻
Read more

Jessica Brewer
5.0 out of 5 stars Deftones don't disappoint!
Reviewed in the United States on September 29, 2020
Verified Purchase
Great album. I may be biased, Deftones are my all time favorite band. The tracks I like best are Urantia, Ohms, Headless, Genesis and Error. Radiant City and Ceremony are pretty good......nevermind they are all good!! Only problem I have with this album is it is not long enough!!! I can hear a lot of the older, early 2000's vibes along with some newer more synthy tones.
Read more
4 people found this helpful
Helpful
Comment Report abuse

keaston
5.0 out of 5 stars Love this album!
Reviewed in the United States on September 28, 2020
Verified Purchase
I love this album from beginning to end, it's different yet familiar. It has a lot of classic Deftones elements (powerful drums, heavy riffs) blended with Chino's New Wave music taste.
Read more
4 people found this helpful
Helpful
Comment Report abuse
See all reviews

Geraint Prys-Jones
5.0 out of 5 stars A deftones classic
Reviewed in the United Kingdom on September 25, 2020
Verified Purchase
1st review ☺ Ohms is a masterpiece. This album is exactly what I wanted from Deftones in 2020. Like a mix of self titled and koi no nyokan with splashes of Around the Fur and even White Pony, while pushing their sound further into a space-art-rock territory. Good to have Terry Date back behind the boards. The album is their shortest but the 10 tracks are distinct and identifiable. Each listen you will find a new favourite track. Absolutely no filler. A quality and consistent album from start to finish. The 9 string low end mixed with a lot of screaming this time round from Chino with lush melodies interspersed between. This is one of their best for sure
Read more
8 people found this helpful
Report abuse

John Gill
5.0 out of 5 stars Back to their best
Reviewed in the United Kingdom on October 2, 2020
Verified Purchase
After previous album Gore it was interesting to see which direction Deftones would take musically. After rumours of creative divisions between Moreno and Carpenter, Ohms appears to be the album where both members came to a musical compromise. Think White Pony meets the self titled album meets Koi No Yokan. Ohms is an absolute beast of an album. It's obvious from the sheer riffing that Carpenter made the album he wanted to this time. The guitar work is pure musical mesmerising. Each listen to Ohms is rewarding. This is one of the highlights of a bad year. Thank you Deftones.
Read more
Report abuse

Mr D Ward
1.0 out of 5 stars Great album, bad item
Reviewed in the United Kingdom on September 25, 2020
Verified Purchase
I have heard the album.......on Spotify and it is great. Couldn’t listen to the record version as it turn up bent (again) and now I need t return it. The content of the album is great but the actual item that turned up is not. Get it from HMV instead.
Read more

Mark Kilkelly
5.0 out of 5 stars Best Deftones album in years
Reviewed in the United Kingdom on October 1, 2020
Verified Purchase
It's seriously their best album since Diamond Eyes, and that's truly saying something for a band that's never made a bad album. Pick this up, now! You won't be disappointed.
Read more
One person found this helpful
Report abuse

Mr. C. PERRY
5.0 out of 5 stars Back to form
Reviewed in the United Kingdom on November 12, 2020
Verified Purchase
This is a fun album that stands in to some of their best material. Better than gore which was an okay album by comparison. I love this band and saw them live a few times in different countries, such excellent performance and their songs are often better live
Read more
Report abuse
See all reviews