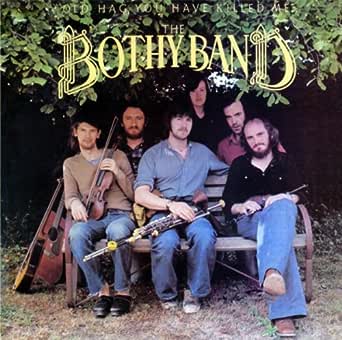 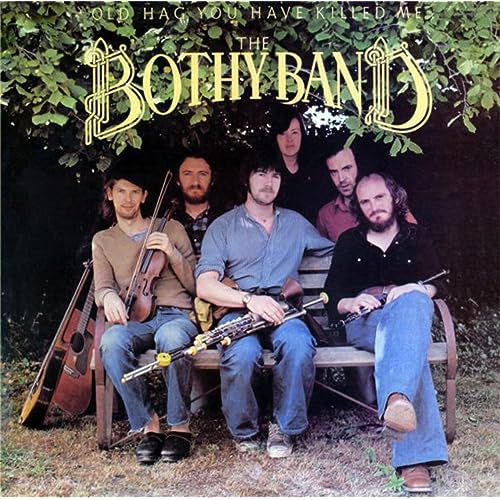 Old Hag You Have Killed Me

The Bothy Band
4.9 out of 5 stars 29 ratings
See all 20 formats and editions Hide other formats and editions
Buy the CD album for $16.22 and get the MP3 version for FREE.&nbspCD album ships from and sold by Amazon.com. Terms and Conditions. Does not apply to gift orders. Complete your purchase of the CD album to save the MP3 version to your Music Library.

4.9 out of 5 stars
4.9 out of 5
29 global ratings
How are ratings calculated?
To calculate the overall star rating and percentage breakdown by star, we don’t use a simple average. Instead, our system considers things like how recent a review is and if the reviewer bought the item on Amazon. It also analyzes reviews to verify trustworthiness.
Top reviews

SemioticLabyrinth
5.0 out of 5 stars Classic Celtic
Reviewed in the United States on March 18, 2014
Verified Purchase
I've always liked Irish/Celtic music just fine, but never bought any. When I heard that this band had a big impact in reviving and developing the style, I decided to buy the album. I'm glad I did. There's a good variety on here, and they are all great musicians. The a cappella part in "Fionghuala" blows me away--I wonder how many takes they had to do before they got it down! The speed of the song, lilting rhythm, and almost electronic precision of their voices shattered my preconceptions of what is possible with a cappella.

Even so, "Fionghuala" isn't even my favorite song on the album (though it might be the most striking). It's just all so good. If you like folk, acoustic, or just want to hear what is possible when great musicians push the envelope, this is a good album.

K Brennan
5.0 out of 5 stars Can't go wrong with this
Reviewed in the United States on January 31, 2015
Verified Purchase
You can never go wrong with the Bothy Band. One of my favorite Irish recordings--every track is genuinely good. I am glad and proud to have this album on my CD shelf and will be listening to it for years to come.
Read more
One person found this helpful
Helpful
Comment Report abuse

BallaghMan
5.0 out of 5 stars Classic album
Reviewed in the United States on October 16, 2015
Verified Purchase
This is an awesome breakthrough album from the 1970s for all aficionados of Irish Traditional Music.
Read more
One person found this helpful
Helpful
Comment Report abuse

Puck
5.0 out of 5 stars Toe tapping traditional
Reviewed in the United States on October 17, 2013
Verified Purchase
A wonderful album by a great band. Very upbeat traditional with some wonderful tune selections. I purchased it for Old Hag You have Killed Me but ended up loving all the other tunes just as much.
Read more
One person found this helpful
Helpful
Comment Report abuse

zork2112
5.0 out of 5 stars Excellent Irish music
Reviewed in the United States on October 6, 2013
Verified Purchase
I bought this album for one song, and was very glad that I did. There is a high degree of musicality and originality while retaining a traditional feel. Besides, the title is awesome :)
Read more
One person found this helpful
Helpful
Comment Report abuse

Arlen Rimmer
5.0 out of 5 stars great irish music
Reviewed in the United States on September 28, 2012
Verified Purchase
they only made three albums but what playing and music! if you like traditional music at all get this the singing and playing are superb calun sgaire is ethereal fionghuala is very inventive and thats just two of the songs here the musicianship is top notch throughout a feast for the ears
Read more
One person found this helpful
Helpful
Comment Report abuse

TT
5.0 out of 5 stars Worth getting!
Reviewed in the United States on October 2, 2013
Verified Purchase
This record could be the defining moment for the Bothys- Inspired playing with great songs and tunes. If you can only own one Bothy record, this should be it....
Read more
One person found this helpful
Helpful
Comment Report abuse
See all reviews

Sue
5.0 out of 5 stars An absolute must have for all serious traditional Irish music enthusiasts.
Reviewed in the United Kingdom on July 31, 2019
Verified Purchase
The Bothy band at their best, evocative, lively, moving music and the very best instrumentalists and vocalists of that genre, a timeless masterpiece.
Read more
Report abuse

GA GREINE
5.0 out of 5 stars THE BRACING BOTHIES!
Reviewed in the United Kingdom on March 10, 2009
Verified Purchase
This is one of three albums from the Bothy Band which crackled and exploded onto the Irish and International stage from the mid/late seventies, and brought erstwhile flagging Irish Trad back to life - with professional devotion, blood surging energy, and sheer pleasure. Irish trad woke up, and a new and grateful audience was quickly established which has seen Trad thrive, and sing to this day.

Most of the pieces are reels, and jigs, with natural traditional instruments - feadog, bodhran, fiddle, guitar, flute and pipes.

However the best instrument to my ears - (and undoubtedly one of the world's best kept secrets) is the uniquely sensitive, instinctively musical - and utterly compelling voice of Micheal O Domhnaill. (Micheal sadly passed away in 2006.) Sadly it is only in recent times that people are becoming aware of his unique sound.

On this album he sings two lovely traditional Gaelic ballads, including 'Tiocfaidh an Samraidh'. However his voice can also be heard on his later albums. where he collaborated with a variety of established Trad musicians - including Kevin Burke, Paddy Glackin and his sisters Triona and Maighread Ni Dhomhnaill.