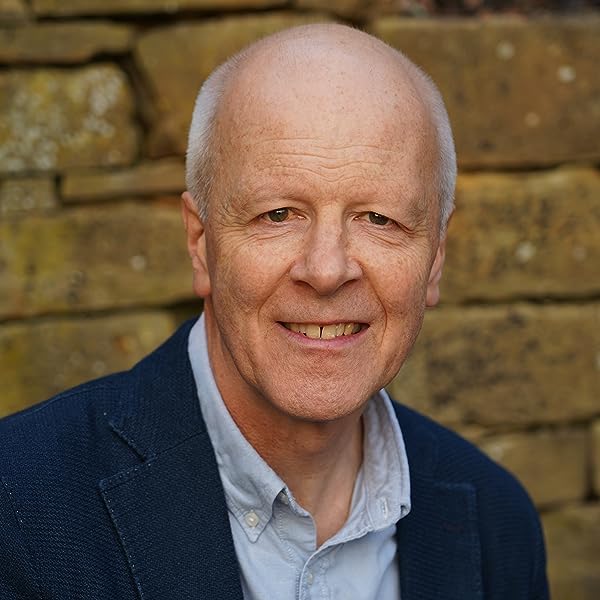 The Old House Handbook: The Essential Guide to Care and Repair Hardcover – November 18, 2008

by Roger Hunt (Author), Marianne Suhr (Author)
4.6 out of 5 stars 214 ratings
See all formats and editions
Sorry, there was a problem loading this page. Try again.

Here, for the first time, is a completely authoritative guide on how to look after your old house - whether it's a timber framed medieval cottage, an eighteenth century urban terrace or an example of Victorian or Edwardian speculative development.

Taking their lead from the conservation approach of the Society for the Protection of Ancient Buildings (who have approved and authorised this volume), the approach is one of respect, restraint and repair rather than 'restoration' which can so easily and permanently destroy the rich historical legacy of any old building.

From the foundations to the roof, from the need for modern services to the maintenance of traditional paintwork and finishes, from windows and doors to breathability and damp in walls and floors, this book provides richly and deeply informed practical guidance. It will be essential reading for anyone with an old house in need of any kind of repair or maintenance.
Read more
Previous page
Next page

Provides richly and deeply informed practical guidance to preserve the rich legacy of any old building.

Roger Hunt, co-author (with Marianne Suhr) of Old House Handbook, is an award-winning writer and blogger with a particular interest in sustainable and vernacular architecture and the materials and techniques used in construction. He is the author of Rural Britain: Then and Now, a celebration of the British countryside, Villages of England and Hidden Depths, an archaeological exploration of Surrey’s past.
He lectures on building-related issues, is a judge of annual awards for new housing and serves on the editorial board of the SPAB magazine. His latest renovation project is a 1900 house on Martha’s Vineyard, Massachusetts, USA.

MARIANNE SUHR is a Chartered Building Surveyor specialising in the repair of historic buildings. After a scholarship with the SPAB, she worked for seven years in architectural practice, then full-time on hands-on repair projects including three very different old houses. For the SPAB she has run over 40 homeowners’ courses and numerous ‘limedays’. She is co-author (with Roger Hunt) of Old House Handbook, and has written and lectured extensively. A co-presenter of three series of BBC2’s Restoration, she recently set up the Old House Consultancy, advising on repairs and alterations in the Oxfordshire locality.

Roger Hunt studied stage management at the Guildhall School of Music and Drama and then worked in film, television and photography. Loving history, and having been intrigued by building techniques and materials since childhood, he started writing about buildings. He is now an award winning writer and blogger specialising in sustainability, old houses, housebuilding and traditional and modern building materials and construction.

Roger is the co-author of New Design for Old Buildings from RIBA Publishing as well as the bestselling Old House Handbook and the companion volume Old House Eco Handbook, published in association with the Society for the Protection of Ancient Buildings. He is the author of Rural Britain: Then and Now, a celebration of the British countryside featuring photographs from The Francis Frith Collection; Villages of England; and Hidden Depths, an archaeological exploration of Surrey's past. He also contributed a chapter to the Reader's Digest book The Story of Where you Live and wrote Hamptons International's millennium book The House 1000-2000.

His work has appeared in numerous magazines including Period Living, House &amp; Garden, Grand Designs, Homebuilding &amp; Renovating, Real Homes and Listed Heritage. He is sustainability correspondent for Show House, a title aimed at the housebuilding industry, and is a judge of the What House? Awards for new housing

Interests include landscaping gardens and renovating houses. Although based in the UK, his latest renovation project is a 1900 house on Martha's Vineyard in Massachusetts, USA.

David Boisvert
5.0 out of 5 stars Great book!
Reviewed in the United States 🇺🇸 on July 11, 2013
My girlfriend is an interior designer and is obsessed with old buildings and old houses. As she is looking to own one someday, I ordered this book for her as it was highly recommended. It is hardcore!!! There is a vast amount of knowledge here though it seems to be more European based, the knowledge is priceless!

Bungee
1.0 out of 5 stars Disappointed to find it was printed in China
Reviewed in the United Kingdom 🇬🇧 on July 18, 2021
Verified Purchase
As a lover of books, I wanted to keep my bookshelves free of anything printed in China. I was disappointed to find that the Old House Handbook, published by Quarto Publishing, was printed and bound in China. As this book tells me nothing about the care and maintenance of old buildings that I can't already find online, there is no joy or beauty in owning this.
Read more
4 people found this helpful
Report abuse

Di
5.0 out of 5 stars Comprehensive overview of old building care and repair.
Reviewed in the United Kingdom 🇬🇧 on December 22, 2018
Verified Purchase
Old House Handbook, a practical guide to care and repair, by Roger Hunt & Marianne Suhr, in association with The Society For The Protection Of Ancient Buildings, is a comprehensive guide to the distinguishing features of old buildings. From the roof to the foundations, it explains structure, deterioration and sympathetic repair, and gives a good overview of the most common problems and how to tackle them. In my opinion, this is a very useful book for reference and instruction.
Read more
10 people found this helpful
Report abuse

Alaj
5.0 out of 5 stars I only wish I’d bought this book before I’d bought a house!!
Reviewed in the United Kingdom 🇬🇧 on December 6, 2018
Verified Purchase
This book has been invaluable. It’s full of useful information and advice. It’s the SPAB bible. I wish I’d had this book *before* purchasing my Grade II Listed house 😂 (no regrets), because the advice is invaluable. I recommend this book to anyone looking at a house.
Read more
10 people found this helpful
Report abuse

Trainee Bohemian
5.0 out of 5 stars A great reference book
Reviewed in the United Kingdom 🇬🇧 on February 4, 2019
Verified Purchase
I like the way that this book guides readers towards not fighting the aging process of an old house. The book gives help on maintaining an old house whilst allowing it to show its age, including the dents and blemishes which are inevitable over the years. Totally smooth ceilings and walls, for example, look a bit wrong in a 100 year old house.
Read more
5 people found this helpful
Report abuse

horse
4.0 out of 5 stars no new info
Reviewed in the United Kingdom 🇬🇧 on December 22, 2019
Verified Purchase
nice book to have but expensive and didn't tell me anything I didn't know already/info easily available on internet. If you like referring to books I guess you might like this one on your shelf
Read more
3 people found this helpful
Report abuse
See all reviews