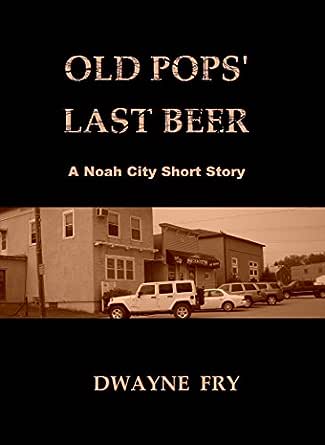 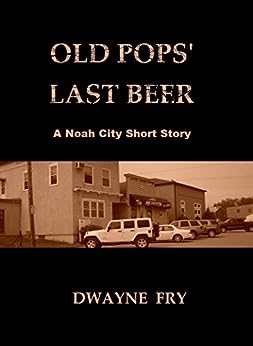 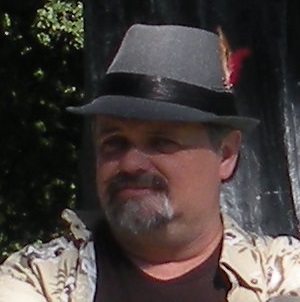 4.7 out of 5 stars
4.7 out of 5
7 customer ratings
How does Amazon calculate star ratings?
Amazon calculates a product’s star ratings based on a machine learned model instead of a raw data average. The model takes into account factors including the age of a rating, whether the ratings are from verified purchasers, and factors that establish reviewer trustworthiness.
Top Reviews

Linda Jenkinson
4.0 out of 5 stars An entertaining tale about a teller of tall tales.
Reviewed in the United States on September 5, 2014
Verified Purchase
The first thing that struck me about this story was the voice. It was a breath of fresh air.

The story is told by the bartender at Scoot's. She's just one of the folks and she tells her story just like she would be talking to any of the folks in the bar.

Although you get to know the bar patrons by her lively descriptions, the story isn't theirs or hers. The story is Pop's, an old barfly who tells his stories to anyone who will listen and he has a lot of stories to tell. Some of Pop's stories are overtly the product of his imagination, others may be true or partly true. But this night of story telling keeps both the bartender and the reader entertained, although the bartender would never admit that she is fond of the old duffer and his stories.

Old Pop's Last Beer is a story about common people that can be enjoyed by all people. It's a short, very enjoyable tale that you won't put down until the end. Highly recommended.

My one carp about this book is the three excerpts that follow the story. Although Fry says they will be coming soon, I don't think they have yet been published. Unfortunately, IMO, the last two excerpts aren't of the same quality as the main tale. The main story would have been better served if it had been allowed to stand alone.

(My personal guide for ratings are as follows: 5 stars, equal to any book of its genre, better than most; 4 stars, content that easily moves past a few formatting errors that do little or nothing to impact it, still highly recommended; 3 stars, technical errors or format choices impaired the flow of the book although I did enjoy the content. 2 stars, I struggled with the book due to either technical errors and/or a concept that was trite or underwritten. 1 star signifies a book that I abandoned before finishing due to structural errors in either plot or mechanics.)

C. McMullen
5.0 out of 5 stars A bit like Piano Man without the piano
Reviewed in the United States on April 18, 2015
Verified Purchase
There isn't much that I can add by way of a description that can't be summed up by the subtitle: a maudlin redneck fairytale. Scoots is the kind of bar that anyone who has ever been in a small city or rural town will know well. Most bars like this have their own colorful cast of regulars and Scoots is no exception. But while we get a glimpse at these characters, including the titular Old Pops, what this seems to really be about is the way that we don't always realize the extent of our relationship with others around us until they're gone. Without giving anything away, what really cemented this as a five star work for me was the very last line. Previous books by Mr. Fry have run the gamut of emotional responses, but this is the story that brought a tear to my eye.
Read more
Helpful
Comment Report abuse

Joseph Ferguson
5.0 out of 5 stars A Great Read
Reviewed in the United States on August 23, 2016
Verified Purchase
You know these people.If you don't, there is something seriously lacking in your life.
A character (in every sense of the word)-driven story inhabited by a marvelous assortment of real-world bar patrons, chief of which is the enigmatic Pops, whose chief occupation is drinking Pabst and regaling all within earshot with absurd stories of his life.
A fascinating study of the human condition; a great read.

KC
5.0 out of 5 stars Well worth the read.
Reviewed in the United States on March 2, 2016
Verified Purchase
Dwayne Frye's keen eye makes us feel as if we are sitting in this neighborhood bar with its assortment of quirky regulars. Old Pop's is one of them with his tall tales (which are quite inventive). But the story is not about the bar or even Old Pops; as in all good literature, it is about the human condition. Frye's skillful use of character and humor illuminates, in the end, one aspect of the human condition that is all too common in this world and causes us to shed a tear.
Read more
Helpful
Comment Report abuse

Sara-Jane Bennetts
5.0 out of 5 stars I absolutely loved this short story
Reviewed in the United States on April 23, 2016
Verified Purchase
Gosh, I think this story is going to stay with me for a while. I don't often cry when I read books or watch movies but I found myself tearing up at the end. Old Pops is the type of person I would invite over for Sunday lunch so I could listen to his stories no matter how tall the tales. I absolutely loved this short story. Loved it!
Read more
Helpful
Comment Report abuse

Charles Hash
4.0 out of 5 stars Four Stars
Reviewed in the United States on March 20, 2015
Verified Purchase
A very rewarding and sobering account of how quickly our perspectives can change, when mountains and molehills switch places.
Read more
Helpful
Comment Report abuse
See all reviews from the United States