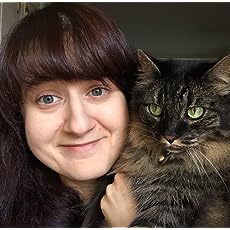 I live in New Mexico with my partner, a clowder of cats, and a stink of litterboxes. I enjoy vexing my cats, taking long walks, eating vegan food, cooking vegan food, and watching cheesy, big budget movies where people answer questions like, "Who should we call?" with a gruff and overly serious, "Everyone."

I also enjoy making up collective nouns for things that don't already have them, like a spootle of Ruperts and a stink of litterboxes.
Read more 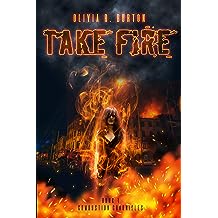 I’m Sophia, a fire elemental and vampire bounty hunter with crap luck and a crass attitude. My best friend Joey used to call me Softy—ironically of course—but now he’s dead and I’m hunting down his killer.

It’s not strictly on the up-and-up, seeing as how I’m not an official city employee, which is why I’m stuck with a partner. Beau’s a vampire cop who rubs me the wrong way and thinks he knows the best way to track down the murderer and close the case. For Joey’s sake, though, I’ll put up with his smug attitude and stupidly handsome face. At least until I find the animal who ripped my only friend’s head off.

Then I’m done cooperating with the law. 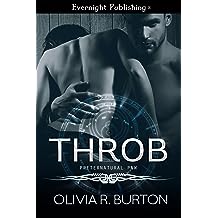 Throb (A Preternatural PNW Novel Book 2) Apr 11, 2016
by Olivia R. Burton
( 1 )
$0.00
There’s nothing Finn wouldn’t do for his true love, even if she does have to spend February 14th in stuffy meetings analyzing charts and graphs. While she tends to her empire, antics abound at home, where Finn’s cutting out paper hearts, setting the table for a fancy dinner, and risking his fingers lighting candles. He’s determined to do everything he can to ensure they share a steamy evening, even if it does mean getting paper cuts in some very delicate places.


Check in on what Finn and Veruca have been up to since Rattle, and get in the mood for Valentine’s Day! 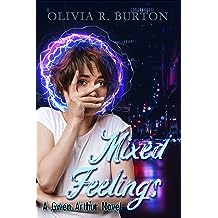 She's just a therapist who likes reality TV, junk food, and not getting hit on by Mel, the werewolf PI who works in her building. By all accounts, these two creeps should want as little to do with her as she does with them. And yet somehow she finds herself standing next to her best friend Chloe, being asked to help rescue some missing kids, by two creatures she thought existed only in her nightmares.

She's gotta do it, right? What sort of jerk would just ignore a bunch of kidnapped children? Not this kind of jerk. Gwen may be a gluttonous coward whose only skill is reading the emotions of those around her, but she can shape up long enough to help save the lives of innocent kids. Even if it does force her to face her own fears, treat Mel like a decent person, and stop cramming cake in her mouth long enough to get it done.

Welcome to the Preternatural Pacific Northwest, where fairies, werewolves, and all sorts of strange creatures live in secret, right alongside humanity. Mixed Feelings is Urban Fantasy with a chick-lit feel. If you can relate to sarcasm in the face of hardship, loving cupcakes, and having a best friend you’d do anything for, you’ll love the first book in the Empathy in the PPNW series.
Read more
Other Formats: Paperback 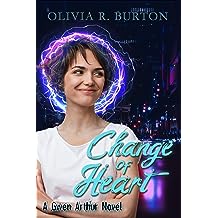 Change of Heart (A Gwen Arthur Novel Book 5) Aug 31, 2019
by Olivia R. Burton
$4.99
Gwen Arthur's just a cake-obsessed empath, trying to get through life without any more brushes with fairies, vampires, or demons. Mel Somerset's a gumshoe werewolf who flirts with everyone and makes Gwen want to tear her har out.

Or, at least he should be.

Suddenly it's seven a.m. on a Saturday and Mel's banging on Gwen's door, begging her to fix the fact that he's human and he can't remember how it happened. Early mornings are bad enough, but how is Gwen supposed to solve a problem she never thought she'd be lucky enough to have?
Read more
Other Formats: Paperback 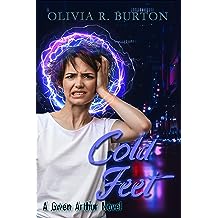 "Will you marry me?" Mel asks, making Gwen suspect maybe his presence has finally given her an aneurism. Of course she won't, she thinks, before he offers her the most delicious cupcake she's ever eaten.


Hang on, she reconsiders, maybe this could work.


Mel's not completely sure it can work either, but he's got a problem that Gwen seems unusually suited to solving. There's a shady marriage counselor that bears investigating and seeing as how Gwen's a therapist herself—and an empath—her help could be just what Mel needs.The only downside for them both is that, despite no longer totally hating each other's guts, now they've got to play nice. Not completely nice, luckily; no couple goes to counseling because they get along too well.


Gwen always knew spending a week with Mel would nearly kill her.


Welcome to the Preternatural Pacific Northwest, where fairies, werewolves, and all sorts of strange creatures live in secret, right alongside humanity. Empathy in the PPNW is Urban Fantasy with a chick-lit feel. If you can relate to sarcasm in the face of hardship, loving cupcakes, and having a best friend you'd do anything for, you'll love following Gwen and her friends. 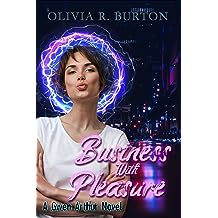 Business With Pleasure (A Gwen Arthur Novel Book 2) Jun 3, 2016
by Olivia R. Burton , Alexis Arendt
( 1 )
$4.99
There's an assassin in town trying to catch a murderer, a lovesick werewolf trying to get lucky, and Gwen Arthur still has a mysterious magical marauder stealing her sugar stash. On top of all that, Gwen's estranged ex-husband Stanley’s in town asking for a favor. She’s got to help, of course, if only to ease her guilt over how they left things a decade earlier. Too bad she’s got no idea how to deal with a rogue admirer writing him weird letters, sending gifts to his home, and threatening to show up at a convention full of his beige-clad, sugar-eschewing fans.

Once again, Gwen’s got to step out of her comfort zone to confront strange situations, learn closely held secrets about her friends, and—worst of all—hit on her worst enemy. Gwen thought her life couldn’t get any stranger, but things are getting hot now that summer's hit Seattle.

Welcome to the Preternatural Pacific Northwest, where fairies, werewolves, and all sorts of strange creatures live in secret, right alongside humanity. Empathy in the PPNW is Urban Fantasy with a chick-lit feel. If you can relate to sarcasm in the face of hardship, loving cupcakes, and having a best friend you'd do anything for, you'll love following Gwen and her friends.
Read more
Other Formats: Paperback 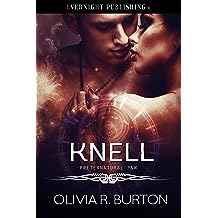 The Prince of Hell’s come asking Veruca to help him track down and protect a banshee from the queen of all Fairy. She’s the best suited for the task, both because she’s a badass Reaper with friends in low places, and because of her deep connection to a certain special necromancer. Knowing Belial wouldn’t give her an impossible task, she agrees.

One by one, things go sideways, putting those she loves in peril, stripping away her support structures, and leaving her out in the cold.

Cruelly separated from Belial by powerful Fairies, the danger of the hunt, and a newfound knowledge that threatens her very sanity, Veruca must rely on only her wits and her friends to survive. In the end, it all comes down to hard choices she never thought she’d have to make—and asking herself if loving Finn is really worth the world itself. 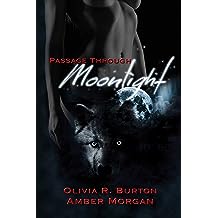 Saboteur of Silver: The Alpha
Alpha wolf of Ascending Moon, Cara has led her pack of werewolf women with a firm hand for her entire adult life, thinking of little else. When a hunter dares cross into her territory, dares to threaten her family, she can think of no better way to spend her evening than putting him six feet under. That is, until he gets his hands on her.

A Dangerous Unmaking: The Beta
As the Beta wolf of Ascending Moon, Ruri knows it’s her duty to support and protect the Alpha at all costs. But must a Beta support an Alpha who’s putting the pack at risk by sleeping with the enemy? Ruri’s made sacrifices in the name of loyalty before, and nothing can sway her from her dedication to her sisters. Or at least, that’s what she’d always believed before laying eyes on a busty and beautiful member of a rival pack.

The Captive of the Slaves: The Omega
Being the Omega wolf, Flora’s used to being overlooked and left behind. Never did she think she’d find someone to love her, to lust after her generous curves, and cherish her despite her weaknesses. Never did she think she’d find the man of her dreams working for an adversary powerful enough to upset the natural balance of the very world.

With the full moon fast approaching, will the Alpha, Beta, and Omega wolves find themselves swamped by their own desires, or can they overcome that which threatens life, pack, and love?
Read more
Other Formats: Paperback 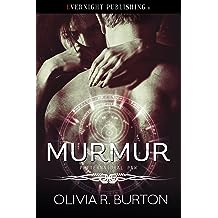 Veruca had intended to enjoy a fun weekend full of bawdy banter and spontaneous sex with her hot boyfriend. Now she’s racing to track down a bunch of housewives, stop them from sacrificing her man, and make nice with a demon.

Finn knows something’s up, even though the women who nabbed him, stripped him, and tied him to a tree don’t seem to be all that bad. There’s nothing wrong with being naked and surrounded by ladies, not where Finn’s concerned. Still, the masks, robes, and secret forest rendezvous seem a little suspicious.

It’ll work out in the end, he tells himself. Veruca will save the day just like she always does. And maybe, if he’s lucky, the sight of him bound and bare will give her some sexy ideas about how they can celebrate his rescue.
Read more 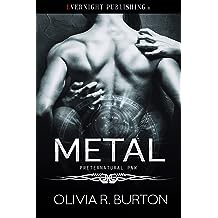 Metal (A Preternatural PNW Novel Book 3) Aug 7, 2016
by Olivia R. Burton
$4.99
Finn's turned Veruca's life upside down in the best possible way. He's generous, beautiful, funny, and the best lover she's ever known. He's also a magnet for trouble, attracting it like he's the floor and it's the buttered side of toast.

Despite that, when an emissary of the fae shows up accusing Finn of reckless necromancy, she knows something isn't right. Finn's been a thief and a conman, but he isn't capable of murder. With help from an unlikely and unlikeable source, Veruca must follow a trail of blood and bodies and hope they lead her to the person who's making Finn look bad in the eyes of Fairy. His life may depend on it.
Read more 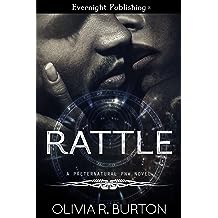 Veruca, on the other hand, is competence personified. She has to be, working as a Reaper directly under the Prince of Hell. When Finn shows up in a stolen sport coat and uses Veruca as cover from his murderous mistress' glowering goons, she finds the one thing she may not be so good at: resisting Finn's handsome face.