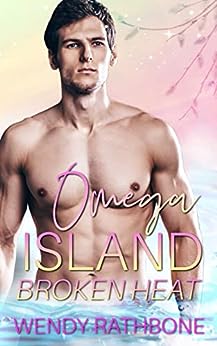 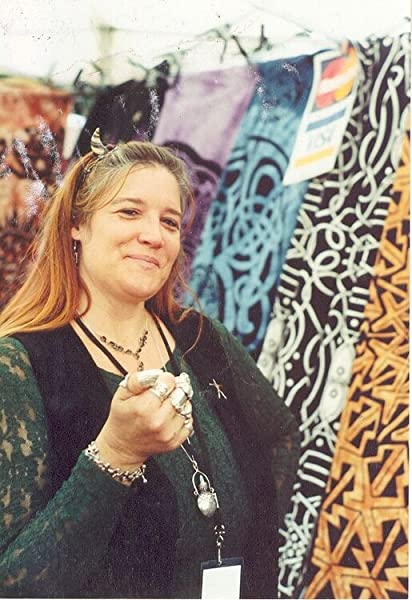 When Elon no longer experiences heats, Omega Island is his last reprieve.

Omega Island is a private tropical island in the Caribbean specializing in sexual healing techniques for omegas who cannot be helped by traditional therapies.

Three years ago, omega Elon lost his mate. At 30, he’s still young enough to have a family. But there’s a huge problem, when his mate died, his heats vanished. No heat doctors seem able to help until one prescribes him a nice retreat: a week of healing at Omega Island.

Mykel is an alpha sexual surrogate who specializes in omega sexuality. A patient who cannot experience a heat is the perfect challenge for him. There are many natural ways to induce heats and he wants to try them all—if his patient is willing.

See the world for less with virtual tours
Amazon Explore Browse now
Next 2 for you in this series See full series
Total Price: $6.98
Books In This Series (3 Books)
Page 1 of 1Start OverPage 1 of 1
Previous page
Next page
Omega Island
Wendy Rathbone
Kindle Edition

Hi, I'm Wendy and I'm a voracious reader as well as an author.

Currently, I write all male/male romances and am lately focused on omegaverse. For many years mm has been my first love.

The stories of my characters rattle around in my brain until I have to write them down or lose sleep!

All my books are available in Kindle Unlimited. Happy reading!

Sue Allen Milkovich
5.0 out of 5 stars BEAUTIFUL!!! BEAUTIFUL!!!
Reviewed in the United States 🇺🇸 on September 16, 2022
Verified Purchase
This is Book #3 in this OMEGA ISLAND SERIES!! These are AMAZING Books that can all be read as stand alones. Elon is a troubled Omega who has gone to the Island for answers. Mykel is his surrogate Alpha who has been chosen to help him through his unusual problem. If only such a MAGNIFICENT place existed in this real world. Our difficulties would be easier to cope with. This is the BEST Book so far!! So many delicate feelings are at stake. This Book dealt with each stage with care and deep consideration. It really is a BEAUTIFUL, encouraging story. I fell deeply in love with both these characters. WENDY RATHBONE has given us another Book to cherish. Thank You for this and my thoughts are always with you. I HIGHLY, HIGHLY RECOMMEND THIS BOOK AND THIS BEAUTIFUL OMEGA ISLAND SERIES!!!!!!!!!!!!
Read more
Helpful
Report abuse

SweetMama2
4.0 out of 5 stars ᐯᗴᖇY TOᑌᑕᕼᎥᑎᘜ
Reviewed in the United States 🇺🇸 on September 24, 2022
Verified Purchase
The 𝘖𝘮𝘦𝘨𝘢 𝘐𝘴𝘭𝘢𝘯𝘥 series has been quite lovely & a beautiful relief from Wendy Rathbone’s often brutal last two series {though I thoroughly enjoyed them both!!}.

The journey through recognizing neglect and unintentional abuse of Elon’s marriage was both painful and cathartic to read.

𝘉𝘳𝘰𝘬𝘦𝘯 𝘏𝘦𝘢𝘵 is a very sweet and almost endearing story.

She who shall remain nameless
TOP 1000 REVIEWER
4.0 out of 5 stars A place for healing
Reviewed in the United States 🇺🇸 on September 15, 2022
Verified Purchase
This novella (2.25 hours) was a story of recovery for both Mykel and Elon. Together they learned to move past their grief and form a new bond with each other. This was overall a nice, low angst story taking place on Omega Island. I do have to say though that if I ever read the phrase “potent alpha juice” again, it will be too soon.
Read more
2 people found this helpful
Helpful
Report abuse

Roger Grossklaus
4.0 out of 5 stars one can believe in make believe
Reviewed in the United States 🇺🇸 on September 20, 2022
Verified Purchase
Then, comes the question, who feeds the baby? In this fictional world, Omega men have birth canals and Alpha men have knots and in the Caribbean they find sexual healing with heat and fluids and all the good stuff. But, who feeds the babies? Hopefully, more will come.
Read more
Helpful
Report abuse

Kindle Customer
4.0 out of 5 stars Was he really broken or ?
Reviewed in the United States 🇺🇸 on September 24, 2022
Verified Purchase
The both had issues touched by grief and loss. The owner of Omega Island is a bit of a Fae and has made another magical match. I love these characters.
Read more
Helpful
Report abuse

Margaret
5.0 out of 5 stars Great story
Reviewed in the United States 🇺🇸 on September 15, 2022
Verified Purchase
I am absolutely loving this series. It’s such an original take on the alpha/omega story. It’s so emotional. The characters are fantastic and I really enjoyed reading this. This was such a great story.
Read more
One person found this helpful
Helpful
Report abuse

K
4.0 out of 5 stars Elon and Mykel
Reviewed in the United States 🇺🇸 on September 22, 2022
'Broken Heat' is the second book in the ‘Omega Island’ series. It stars Elon, an omega, and Mykel, an Alpha sex surrogate. This is told in first person from both Elon and Mykel’s povs.

First the cover. The atmosphere matches the first book’s cover with the water and the pink, green, and yellow hues, and plants. The cover model is likely Elon, the omega, since Mykel has long blond hair.

I’ve read two of the three books in this series. I haven’t read the Prelude short story yet, and I don’t think you need to read those others to figure out what happens in this book. This could be read as a stand-alone. To me, Book One does give more description about the island and how its run, but I prefer the less description of the island in this one. I felt the descriptions were too much in the first book but this one had a nice balance with more focus on the relationship and healing.

I’ll give a brief background of the plot. Elon, the omega, is a widower. When his Alpha mate, Coah, died, Elon lost his heats. There’s nothing physically wrong with him, so his doctor suggested he come to Omega Island for their sex surrogacy program. Mykel is the assigned surrogate. Mykel has his own problems. He hasn’t been able to relate or knot his last two patients, and this might have something to do with the loss of a friend who helped him through his ruts. The friend found his mate and his Alpha doesn’t want the friend in contact with Mykel any longer. The book’s theme is about loss and recovery. Both Elon and Mykel must work through their losses together.

I liked Elon and Mykel much more than I liked the main characters of the first book. Elon really wanted to try and get better, to the point he wanted to rush his lessons and pushed Mykel. What I liked about Mykel is, he wasn’t a pushover like the surrogate in Book One. He was empathetic, caring, and respectful. Through his interactions with Elon, Mykel was able to heal from the loss of his best friend. I found both Elon and Mykel were much easier to relate to in this book than the characters in Book One. It was easy for me to believe in them as a couple almost from the beginning. One thing the author did that I found interesting, was have the presence of Elon’s dead husband interjected frequently throughout the book through Elon and Mykel’s talks. We find out a lot about Coah as Elon learns to face what Coah did to him. Coah was abusive. He took a young, virginal omega, and molded Elon to his wishes. Coah used Elon when it suited him, ignored Elon when it suited him, leaving Elon longing for sexual and emotional connection, which Coah chided Elon for. Elon was starving for attention and love from his Alpha that Coah never gave him. From what is revealed, it seemed that Coah also had shame about having sex. He made sure that Elon was meticulously clean, they had sex in the dark, and Coah never let Elon look at him naked if possible. We learn a lot about Coah through Elon and Mykel’s talks, and I think the author did an excellent job at inserting a third character who was dead, but still alive, and how he still had a hold on Elon. Under Mykel’s therapy, Elon shed sexually, emotionally, and mentally, his control that Coah forced him to create, and blossomed into the adventurous, independent thinker that he was before Coah got ahold of him.

Overall, I liked 'Broken Heat' much more than I did Book One, and if you wanted to read a book in the series, I’d suggest reading this one first. I loved Elon and Mykel and how they found their HEA. I recommend this book to those who like character development, and Alphas and omegas.

I received an ARC copy from the author. I am leaving my honest and unbiased opinion.
Read more
Helpful
Report abuse
See all reviews

Liash
4.0 out of 5 stars A sweet but also scorching hot read!
Reviewed in Australia 🇦🇺 on September 23, 2022
Verified Purchase
I'm enjoying this series, and how the books are set in the same location but don't overlap in any other obvious way. The books are essentially stand alone in the same world. I love that we get alternating POV from Elon and Mikel, and get to see them grow closer, learn to open up and trust the other, and see their bond grow into something deeper. There are some scorching hot scenes (per usual for this author), and a love and devotion between the MCs. The epilogue was sweet and showed the HEA for our MCs.
Read more
Report abuse

mamabird28
5.0 out of 5 stars Sensual, emotional and made me smile
Reviewed in Canada 🇨🇦 on September 17, 2022
Verified Purchase
As always, Ms.Rathbone's work is a pleasure to read. I enjoy this series very much and always seem to end up finishing the book with a smile on my face. The writing is beautifully descriptive and the story is just the right blend of angst and awe.
Read more
Report abuse

Kindle Customer
3.0 out of 5 stars Ok
Reviewed in Canada 🇨🇦 on September 20, 2022
Verified Purchase
A really easy read, even when one MC is dealing with the loss of his mate. But it was easy to read as the author made the bond the MC had with the deceased alpha pretty questionable. So you didn't really feel the grief from a lost mate.
Read more
Report abuse
See all reviews