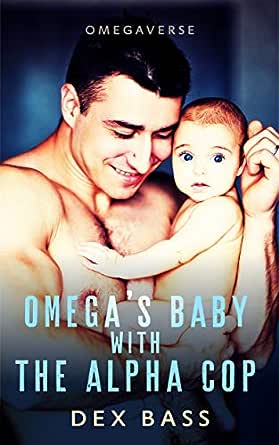 You've subscribed to Omegaverse! We will preorder your items within 24 hours of when they become available. When new books are released, we'll charge your default payment method for the lowest price available during the pre-order period.
Update your device or payment method, cancel individual pre-orders or your subscription at
Your Memberships & Subscriptions
There was an error. We were unable to process your subscription due to an error. Please refresh and try again. 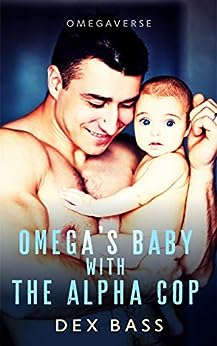 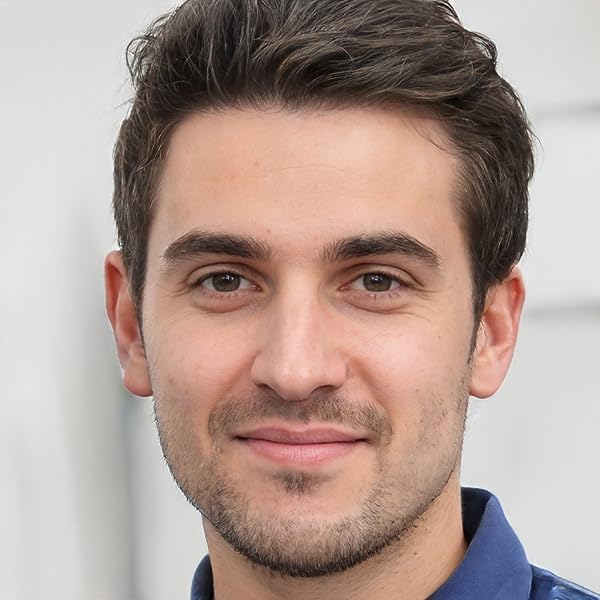 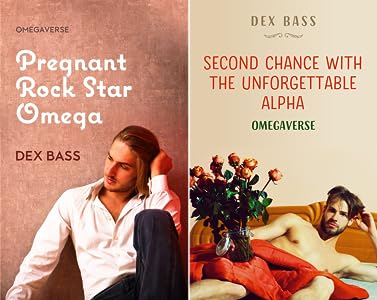 3.5 out of 5 stars
3.5 out of 5
30 customer ratings
How does Amazon calculate star ratings?
Amazon calculates a product’s star ratings based on a machine learned model instead of a raw data average. The model takes into account factors including the age of a rating, whether the ratings are from verified purchasers, and factors that establish reviewer trustworthiness.
Top reviews

Clara
4.0 out of 5 stars Sweet story
Reviewed in the United States on September 11, 2018
We've met Edwin and his beautiful son Davey before, so getting to see Edwin have his story is pretty awesome. One thing I really like about these stories is that the language is a little OTT in a tongue-in-cheek kind of way, in my opinion, and it's pretty cool.

Edwin is speeding to Davey's volleyball in Johnny Omega's Lambo, you know, as one does, when he gets pulled over by a gorgeous alpha cop, Rex. Edwin is all sassy and flirty with Rex, and Rex pretty much likes it. But they both figure that they will never see each other again.

But then, Rex decides to apply for a security position at Omegaverse, and they have an encounter of the intimate kind, which makes both of them think about what their lives are going to be like.

The Book Wench
3.0 out of 5 stars Another almost-ran
Reviewed in the United States on September 11, 2018
This story had the potential to be a 5-star success, but it didn't make it. It barely made it to 3 stars, and that was only because I give the writer credit for some sound writing moments throughout. First of all, most of the secondary characters — particularly Higgins and Zelda — were a positive influence on my rating, with the notable exception of Johnny, whose wedding surprise did nothing to change my negative opinion of him. His mother, his butler, his friends, and family...they are all funny, intelligent, compassionate characters. He's still a jerk.

Second, the conversations are sometimes quite clever. Edwin's and Higgins's sass usually made me laugh, and their humor saved the day a lot with this story. The opening scene was brilliant...funny and smart, and it made me hope that the rest of the story would be just as cleverly handled. It wasn't. Rex Harliss is an interesting character and could have been much better developed with more attention to his integrity as well as his heart of gold. But there was too much of a rush to get him and Edwin together. The next time they meet, after the court appearance, they are rutting like wild animals. Then the time after that, they're having a deep convo about commitment to a permanent relationship because Edwin is pregnant. The writer attempts to ensure that we don't see this as insta-love — even though the 'L' word is said after the fifth in-the-flesh meeting! — by indicating the passage of time (it had been a month before they saw each other the second time, for example), but then he completely negates that effect by also letting us know they hadn't even spoken to each other during that month. So the time distance means nothing, and it IS insta-love after all.

Then, I found that there was just no reason for the story. Nothing happened; there was no real problem, not even when Rex's boss tried to trick him into staying on the force by lying about what Charlie had said years earlier. That almost-problem is easily solved by Higgins's revelation about his friendship with Charlie and what he knows about him. So, issue resolved, crisis averted, decision made. And then the rest of the book is just a lot of sappy-sweet wedding and baby-delivery stuff...a great HEA for a not-so-great story.

Sometimes, it almost felt as though this was story was written just to give Edwin his HEA without having to exert too much effort to make his story 'real'. In fact, on more than one occasion, I wondered why Edwin, a hulking 6' 5" giant of a muscle-bound guy, was being made to look like a wimpy, needy person instead of the strong, tough, capable, intelligent omega that he is. It wasn't a good look for one of the main characters.

Overall, this is between a 2 and a 3, and I bumped it up because of the few quality moments.
Read more
One person found this helpful
Helpful
Comment Report abuse

meganissima
2.0 out of 5 stars So much potential, so little realized. MC's were OK, way too insta-insta-love, generally mediocre.
Reviewed in the United States on September 10, 2018
A road-side stop sets Rex and Edwin on a path to their own hard-won forever in the Omegaverse family. I enjoyed the fun side of characters in the beginning but there was hardly any depth behind them as individuals. Rex had a bit of a more complicated past with his deceased lover but I never got the sense that he was over him in a way that would allow Rex to have a new bond with someone else. It's completely okay to love and honor the memory of your mate who has passed on but to use that memory to dictate every action afterward is too much. I'm not exactly sure why Rex was looking for a second job either. I'm astounded by all the small things that pop up in the story that either don't make sense or are unnecessary. And why is Johnny Omega continually shoving his own anti-alpha agenda into his friends' love lives? And the continually gyrating cops with their bits exposed? I suppose that was to be humorous but it was actually pretty disturbing. Quite upsetting, that. Not to mention the all-important son that just plays a confusing bit role and a monkey not used to his full potential...

I was incredibly intrigued by the premise and this story had so much potential...but I'm sad to say that it didn't live up to it. So many inconsistencies. The descriptions are profuse, cheesy, and cringe-worthy...I mean, "tangy crotch musk" might appeal to some and it's entirely accurate, but really? I think it would turn the majority of us off to read that description. There was no romantic build-up to speak of, just a strange sexual encounter followed by vacillating emotions, inconsistent assertions, and ever-lasting love...not in any way believable. I'm pretty sure this story suffered from way too many ideas and not enough self-editing, focus, or centralizing the story.
Read more
One person found this helpful
Helpful
Comment Report abuse

grammatoni
5.0 out of 5 stars Omega’s Baby With the Alpha Cop (Omegaverse Book 3)
Reviewed in the United States on October 3, 2018
We revisit the Omegaverse with the singer Johnny. Only this story is about his mate;s cousin, Edwin and his special needs child, Davey. On his way to his son;s volleyball game he is speeding in Johnny;s car and gets pulled over. He meets Officer Harliss who issues him a citation,. Then a few weeks later they meet at court. Later Rex goes for a job interview at Omegaverse. After the interview he follows Edwin;s omega scents to his room and they have a moment together. Weeks later Davey goes missing and they call Rex to help find him, which he does. That;s when Edwin informs Rex he;s going to be a father. Then later at dinner they are discussing why Rex wasn;t hired. Johnny;s mother plays devil;s advocate. Then Edwin lets them know that Rex is not unmated but also going to be a father. Life at Omegaverse has become a cross between several tv shows!
Beautiful story and read!