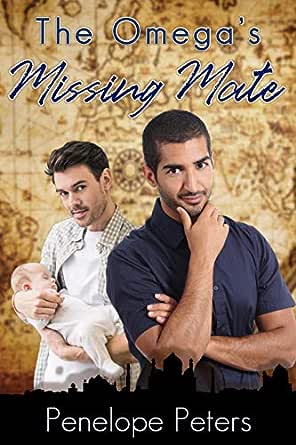 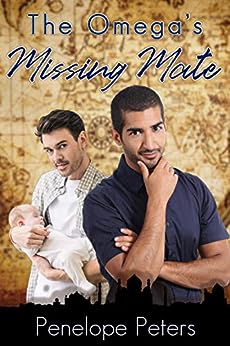 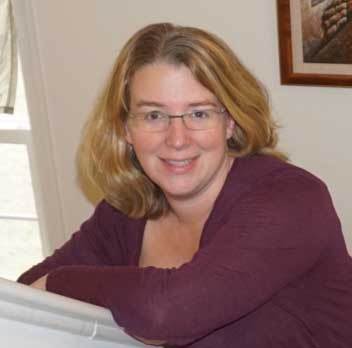 Rebecca Slone
VINE VOICE
4.0 out of 5 stars 4*
Reviewed in the United States on September 10, 2020
I thought this was a cute story. I loved Eric and Rashad and Eric’s twin, Jane and her bondmate, Lucy. These guys made this story. But it was Rashad’s mother’s family that pretty much ruined this story for me. I don’t want to give away details or spoilers, but it’s just like rich people or royalty who think they can do anything to anybody without care for anyone else or how they feel.
Eric, by push of his sister, found a dating app to try to find his bondmate. Since she was happy with hers and pregnant, she felt it was his turn. But he was tired of never being good enough. But when he met Rashad, the moment they touched hands, they both pretty much knew this was it for them. And it led to a passionate night in an alleyway. And just before their second date, Rashad disappears. Well, Jane and Lucy were not accepting of this, especially when they found out Eric was pregnant. And they were all going to find out what was going on. Well, Eric found out alright, when he ends up kidnapped and in the same place as Rashad. And finally the truth is out. But it’s a shock and a half and even though some things may be appealing, all they want to do is go back to their home and be themselves. But they know to get out of this situation, they are going to have to make a run for it. The question is, will they be able to figure out a way to go home, or are they going to be stuck for life?
I honestly loved Eric and Rashad. And I was so pissed for them that they didn’t have a chance to bond the way they wanted and needed to. Everything was taken away from them. I don’t want to give things away, but things were bad. They were forced to do things they didn’t want to. Well they wanted to but in their way. They just wanted to be left alone. But unfortunately, interfering people wouldn’t let them be. And I was so hurt for them. Especially Eric. At least Rashad had a remote inkling of what was going on, but Eric was flying blind and being pushed into things. And then being made to feel he wasn’t enough because he was a line cook. Something he loved to be. If things would have just been left to them, things would have been much better off.
For Eric and Rashad, their lives would have and eventually ended up the way they wanted. But they had to go through it to get to where they needed to be. I loved Eric's family, and Rashad's from the States but beyond that, the rest ruined it. You'll see what I mean.
Read more
Helpful
Comment Report abuse

Kyle Michel Sullivan
4.0 out of 5 stars A nice comfy story
Reviewed in the United States on September 21, 2020
A free copy of this book was provided by the author in exchange for an honest review.

"The Omega's Missing Mate" by Penelope Peters is a charming, sweet book about a couple of guys who feel they're right for each other, and have too damn many people agreeing...and trying to force things.

Eric's a lovely, lonely Omega who uses a dating service to connect with Rashad, a lovely, lonely Alpha. And connect they do...in an alleyway. But then Rashad vanishes and Eric thinks he's been dismissed so shrugs the guy off. Until a month later, when he finds a serious need to locate Rashad -- he's preggers. And he finally figures out the man didn't dump him; he was kidnapped, and Eric determines to find out why, with the assistance of his twin sister, Jane, and her mate, Lucy.

I came to care for Eric and Rashad, and found some of the other characters amusing. No serious threat of danger here, and not even much cursing. Even when someone's being overbearing, it's still in a gentle way.

On top of this, it all takes place in a world where it's more important for Alphas and Omegas to find their soulmate and bond than whether or not it's with a member of the opposite or same sex. It took me a while to get into that manner of thought, but it was pleasant and easy-going, once I did.

The writing is smooth and well-edited. I only noticed a couple of errors and typos.

So overall, reading this book was like sitting in a comfortable chair on a rainy day and drinking a cup of hot cocoa topped with marshmallows as you dream of how nice life could be. It flows along smoothly. Everyone in it's nice and have good reasons for their actions. It's almost like a Hallmark movie, where you know everything will be all right in the end.

Nothing wrong with that.
Read more
Helpful
Comment Report abuse

Clau
VINE VOICE
5.0 out of 5 stars Wonderful!
Reviewed in the United States on August 25, 2020
Well, this was delightful!

I adore Eric with all my heart and it's the same with all of his family. Jane and Lucy are simply wonderful. And I really, really like Rashad, although his family? not so much :P Except for Jaya. And Jeddi, a little bit. At the end.

But what I really liked is something that I can't say without spoilers, so be aware that there will be spoilers (view spoiler)

[I enjoyed enormously that for them, the decision for staying or leaving Alnuria wasn't an easy one. They both had a lot to take into consideration. I liked that not everything in there was bad, that Rashad found a bit about his mother and some answers, but he also found a sense of peace through religion. And that, in the end, the most important for each of them was the other one's happiness

No surprise, then, that I truly enjoyed the story, and believe me, I laughed out loud at the end :D
Read more
Helpful
Comment Report abuse
See all reviews