You've subscribed to The Omni Duology! We will preorder your items within 24 hours of when they become available. When new books are released, we'll charge your default payment method for the lowest price available during the pre-order period.
Update your device or payment method, cancel individual pre-orders or your subscription at
Your Memberships & Subscriptions
There was an error. We were unable to process your subscription due to an error. Please refresh and try again. 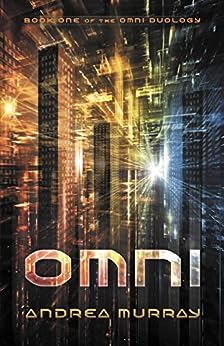 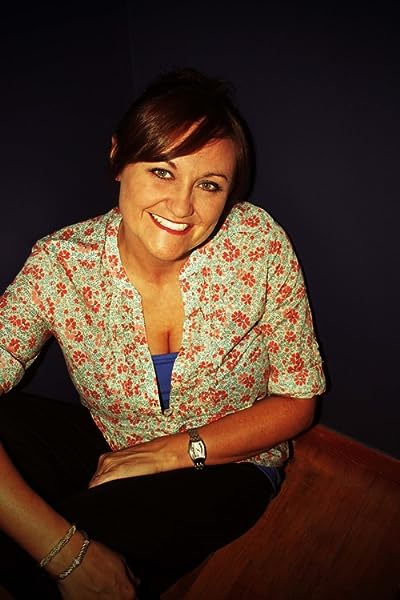 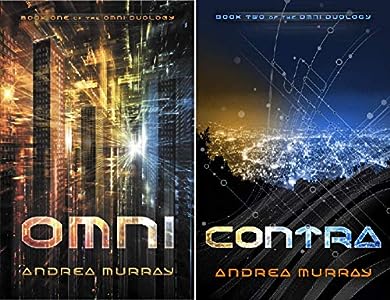 Andrea Murray has been teaching English for longer than most of her students have been alive. She has taught everything from elementary reading groups to concurrent credit classes. She is currently teaching junior high language arts. She has a BSE and an MA in English. She lives in a very small town in Arkansas with her husband of nineteen years and their two children. In addition to teaching, she also blogs on Chick Lit Plus, writes young adult fiction, and recently completed her fourth novel, Omni, a YA dystopian based on the story of Paris and Helen. Andrea has also written The Vivid Trilogy, a YA paranormal romance. When she isn’t doing that, she’s probably reading or watching bad B movies. --This text refers to an out of print or unavailable edition of this title.

JG
3.0 out of 5 stars had potential but fell short
Reviewed in the United States on December 26, 2015
Verified Purchase
3.5 STARS: first, how gorgeous is that cover? I picked it out to read based on that alone and didn't pay too much attention to the summary. I suppose that's why it wasn't until I finished the book and read the afterword did I realize it was based on greek mythology, specifically the story of Paris and Queen Helen. Now, I do consider myself to be a casual fan of greek mythology but I didn't pick up on the little easter eggs scattered throughout the plot. Now that I know, however, it's easy to see where the influences lie.

This starts out as a dystopian novel. There are the lower class "Drudges" and the higher class "Artists." Omni is the government who decides your fate, pulls the puppet strings, etc. Drudges are able to take an aptitude test when they're old enough and hope to be placed into one of the higher class categories. The main character Pierce (modern version of Paris) is a Drudge, but is good looking, strong, heroic, etc. He eventually catches public favor when he saves Harmony (Helen) from an overzealous fan in a crowd. From there the story gets a little tedious with its insta-love, and one-dimensional characters. But it did have great potential...

Kindle Customer
5.0 out of 5 stars Excellent dystopian tale with mythological roots
Reviewed in the United States on August 16, 2014
Verified Purchase
Compelling characters! Remarkable re-imagining of mythology--never would have pictured Paris and Helen in a futuristic dystopia--cannot wait to read the next installment!
Read more
Helpful
Report abuse

Dusty Murray
5.0 out of 5 stars Love it
Reviewed in the United States on August 18, 2016
Verified Purchase
Love love love this book and the author is amazing in all her work!!!!
Read more
Helpful
Report abuse

YA Book Madness Blog
3.0 out of 5 stars Omni is a colorful dystopian where manipulation and appearances triumph over morals
Reviewed in the United States on May 21, 2015
3.5 Stars

I received this book as a gift

PROS:
Omni is a colorful dystopian where manipulation and appearances triumph over morals. Everyone is able to be bought with deceit and heavy-handed threats. The world is detailed and reads seamlessly, it feels natural. Each new bit of knowledge about the society fits and it’s almost as if you can feel the monotony and clockwork meticulousness of the Omni rulers.

Pierce is a hard-headed knight. He comes to the rescue, fists swinging. Gallant, chivalrous one moment and roguish the next, he is sexy in his rough around the edges way. A little bit of a bad boy, Pierce is always in trouble, he doesn’t know when to stop and gives into his impulses. Underneath, he’s a big softie with a huge heart. The way he looks at Harmony, as if his world begins and ends with her smile will make you melt.

Harmony is trapped in a world of expectations and public appearances. Her wants are lost to the greater needs of the public. Harmony yearns for freedom even though she’s in the lap of luxury as an Artist, it isn’t all it’s cracked up to be. Harmony lives in a perpetual state of fear and has no control over her love life. Harmony’s terror is real, some scenes are graphic and horrifying, the anxiety builds rapidly. When Harmony meets Pierce, it’s like she saw the beauty in the world for the first time, to possibility of happiness. Harmony puts everyone before herself and her selflessness is taken for weakness. Harmony grows and learns her voice.

Together, Harmony and Pierce are perfect, they complete each other. They feel safe, comfortable, and excited almost immediately. There’s an airy, sweetness to their relationship despite everything working against it.

CONS:
Hale and Pierce’s friendship was more of a brief interlude than anything else. Their interactions (when they happened) were playful and brotherly, you could feel their love and trust. However, there wasn’t enough of it. Hale and Pierce’s friendship is a crucial element of what makes Pierce the man he is. The sense of joy and hope that Hale brings to the world was not as potent as it could have been. In short, Hale was a sweet, charming guy that I wanted more of and was lost to a whirlwind of relationship drama.

The climax was lacking the detail of the forward. The suspense, the terror, the loss, none of it was as impassioned as the opening scene. From the moment of doom to the end, Pierce’s reactions were muted and didn’t mesh well with his character. Up to that point, he was fiery and impulsive and suddenly, acceptance? It didn’t sit well.

The bid war between the Superiors was puzzling. The obsessive need to possess Pierce lacked foundation other than the superfluous notion that he could be popular. While he did have a fan encounter or two, the mass hysteria of celeb status was absent.
Read more
Helpful
Report abuse

QueenBook
2.0 out of 5 stars Overly dramatic and flat characters but a great idea
Reviewed in the United States on May 12, 2015
I received an ARC via NetGalley in exchange for an honest review. Omni is a dystopian reimagining of the story of Paris and Helen, which sounds pretty awesome. Unfortunately, this just wasn't the book I wanted. Rather like a dystopian soap opera, it was overly dramatic and failed to develop characters beyond a villain or hero archetype. Pierce is the protagonist, and his mouth just keeps writing checks his tail can't cash. While some readers may see this as chivalry, in truth, it was a constant beatdown. I really wanted him to be smarter. His leading lady is Harmony, a perpetual damsal in distress. I understand how a classic story like this could translate badly for female characters, but an updated setting requires an updated leading lady, and for most modern YA readers, that means a girl who eventually learns to take care of herself. Every other person on Earth would have come up with some way to protect themselves from the threat she faced: Kung Fu training, pepper spray, blackmail, something! Harmony just relied on every other character in the book to save her over and over. The pace, too, was problematic. Encounter after encounter was engineered to create drama between the protagonist and the antagonist. These encounters rarely moved the story forward and they didn't serve to develop characters. The single most interesting subplot didn't surface until almost the end of the story, and I just couldn't help but think the whole thing would have been better if that subplot had been used as Pierce's beginning point. Overall, this just didn't live up to my expectations, and I think it will fall flat for most discerning readers.
Read more
Helpful
Report abuse
See all reviews
Back to top
Get to Know Us
Make Money with Us
Amazon Payment Products
Let Us Help You
EnglishChoose a language for shopping. United StatesChoose a country/region for shopping.
© 1996-2021, Amazon.com, Inc. or its affiliates