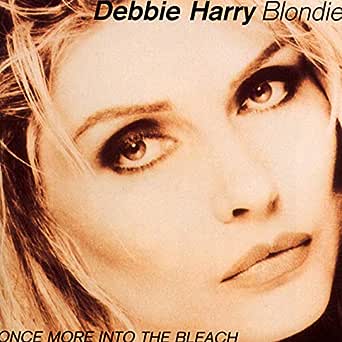 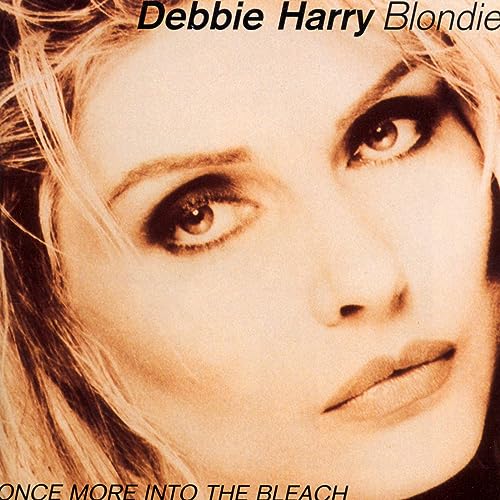 Once More Into The Bleach

Blondie & Debbie Harry
December 1, 1988
4.3 out of 5 stars 29 ratings
Start your 30-day free trial of Unlimited to listen to this album plus tens of millions more songs. Exclusive Prime pricing.
See all 18 formats and editions Hide other formats and editions

4.3 out of 5 stars
4.3 out of 5
29 customer ratings
How does Amazon calculate star ratings?
Amazon calculates a product’s star ratings based on a machine learned model instead of a raw data average. The model takes into account factors including the age of a rating, whether the ratings are from verified purchasers, and factors that establish reviewer trustworthiness.
Top Reviews

E. A. Solinas
HALL OF FAME
3.0 out of 5 stars Once more
Reviewed in the United States on January 17, 2005
Verified Purchase
Some songs just don't need to be remixed -- at least, not in a way that obscures the song itself. And that is the main flaw in "Once More Into the Bleach," a lackluster collection of remixes and Debbie Harry solo songs. Harry is good on her own, but the Blondie remixes miss more often than they hit.

Several of the songs are remixed Blondie hits, and more often than not they don't really add anything to the song: the overmixed "Denis (Dancin' Danny D Remix)," moderately enjoyable "Call Me (Ben Liebrand Remix)," and half-obscured soundmass of "The Tide Is High (Coldcut Remix)." There are some highlights, like an enchanting French version of "Sunday Girl," and the quirky "Backfired (Bruce Forest Remix)."

There are also a number of singles by Debbie Harry in her solo career, such as the slow-burning rocker "The Jam Was Moving," the poppy new-wave "Rush Rush," and the sexy pop tune "French Kissing in the USA." While Harry's solo career never hit the highs of Blondie, she still did an astounding job as a solo pop singer.

This is, first and foremost, a remix album. And people who don't like remix albums will probably only find a few worthwhile tracks on here, probably the ones in Harry's solo career. However, Blondie fans looking for this rare remix or that rare version may well find that this has it.

In many ways, the songs sound quite similar. Not just because of Harry's strong, vibrant vocals, but just the general sound of the music. Her solo songs do tend to a bit poppier and more mainstream, but they share the same new wave tinges with Blondie's best songs. "Rush Rush," as the first single released by Harry after Blondie's breakup, sounds the most like the famed band.

Most of the Blondie remixes are strictly for fans. But the odd good remix, plus Harry's solo tracks, makes this a moderately interesting listen.

Rivkah Maccaby
5.0 out of 5 stars Hey, It's Deborah Harry
Reviewed in the United States on November 21, 2001
Verified Purchase
I'm so in love with Debbie Harry, that if she recorded "The best of Burl Ives," I'd buy it. That said, this isn't the ESSENTIAL Debbie Harry. It's still great. For one thing, it has an all French "Sunday Girl," which I've never heard before, and as far as I'm concerned was worth the price of the CD. It's also got seven minute versions of "Call Me," and "Rapture."
This is a fun CD; a terrific romp through songs that have the stamp of Deborah Harry on them. People who are hearing her for the first time probably don't want to hear seven minutes of "Call Me," but true fans do. This is a CD especially for hardcore fans. As such, it's a joy to have and hold, like that something in "Dreaming." It's a gift, as though she's thinking of us, those of us who have been listening for a long time, and rewind "Atomic" over and over, and want a four and a half minute version.
That's what's new here, the feeling. If you're a fan, this CD will really make you feel good. "Once more into the bleach"-- come on-- you get the joke only if you've been a fan for years and years. If you're a fan, you need this CD.

Kaycee
2.0 out of 5 stars Two Stars
Reviewed in the United States on June 24, 2018
Verified Purchase
Certainly not the best of, but it includes some hard to find tracks.
Read more
Helpful
Comment Report abuse

Randrew B
5.0 out of 5 stars A Blondie must................
Reviewed in the United States on July 7, 2013
Verified Purchase
Another vinyl product that I played to death. The longer versions are a must have for any Debbie Harry/Blondie fan. May Blondie rock until they drop.
Read more
3 people found this helpful
Helpful
Comment Report abuse

Pink Champagne
3.0 out of 5 stars worthwhile and fun
Reviewed in the United States on June 24, 2006
This is a Blondie, Debbie Harry, remix and rarities collection rolled in one. It was recorded in 1988 and released in 1989, im guessing as a stop-gap for Debbie's solo career. There are 7 Blondie songs and 6 of Debbie Harry's. Denis, Call Me, Rapture, The Tide Is High, In Love With Love, and Backfired are all heavily remixed, and sound very late-80's. The Jam Was Moving is also techincally remixed, but it just sounds as if certain parts were taken out, and others made longer. Rush Rush and Feel The Spin are from the soundtracks to Scarface and Krush Groove, both done solo by Debbie. Heart Of Glass, a "special disco mix", and Atomic are really just longer versions of the originals, not that they needed remixing in the first place. French Kissing in the USA is partly sung in French, while Sunday Girl is a full French-launguage version. With the exception of the really, really awful version of Denis and the bland discection of The Jam Was Moving, these remixs are shockingly pretty good. Call Me and Rapture are the best of these. The originally very dull In Love With Love sounds great and has benefited the most with its remix. Rush Rush is better than anything Debbie has done solo, and I think could have been a big hit had its airplay not been so limited. Although im not sure just who this collection was intended for or why it was made in the first place, it's a worthwhile compilation with only those two missteps.
Read more
5 people found this helpful
Helpful
Comment Report abuse

Amazon Customer
4.0 out of 5 stars What's missing from the 2001 re-issues is HERE.
Reviewed in the United States on September 27, 2001
OK folks, let's get one thing straight. This is a mix of old and new. The versions of "atomic", "heart of glass", and "sunday girl" are the ORIGINAL (ie 1978-9) disco versions (ok, so "sunday girl" is just in French, but it WAS on the 12"), "denis", ""call me", "rapture", "the tide is high", and "backfired" were not only REMIXED (remember this is a 1988 concept of a remix - which, quite frankly - I find more rewarding than 2001's 'remix' concept...but I digress), but Debbie RE-RECORDED vocals for these tracks as well! All other tracks are her random solo 12" mixes and soundtrack contributions (eg "feel the spin" - produced by Jellybean "I discovered Madonna" Benitez- from Krush Groove ; remember THAT one?).
Anyway, a pretty cool mix of stuff. Worth it ALONE of the original "atomic"
12" mix and the Giorgio "call me" Moroder-produced "rush rush" (NOW I know where he got those cool sounds for Berlin's "no more words"!) Not to mention what could be COLDCUT's first remix ("the tide is high")!
Good stuff - some filler - but 80% good stuff.

Rob Cooper
4.0 out of 5 stars crowning glory
Reviewed in the United Kingdom on February 28, 2013
Verified Purchase
I remember this album when it was new so i was myself once more returning to the bleach! great remixes when songs were remixed properly as in the days of buying your favourite dancefloor smash AKA the 12"
Read more
One person found this helpful
Helpful
Sending feedback...
Thank you for your feedback.
Sorry, we failed to record your vote. Please try again
Report abuse